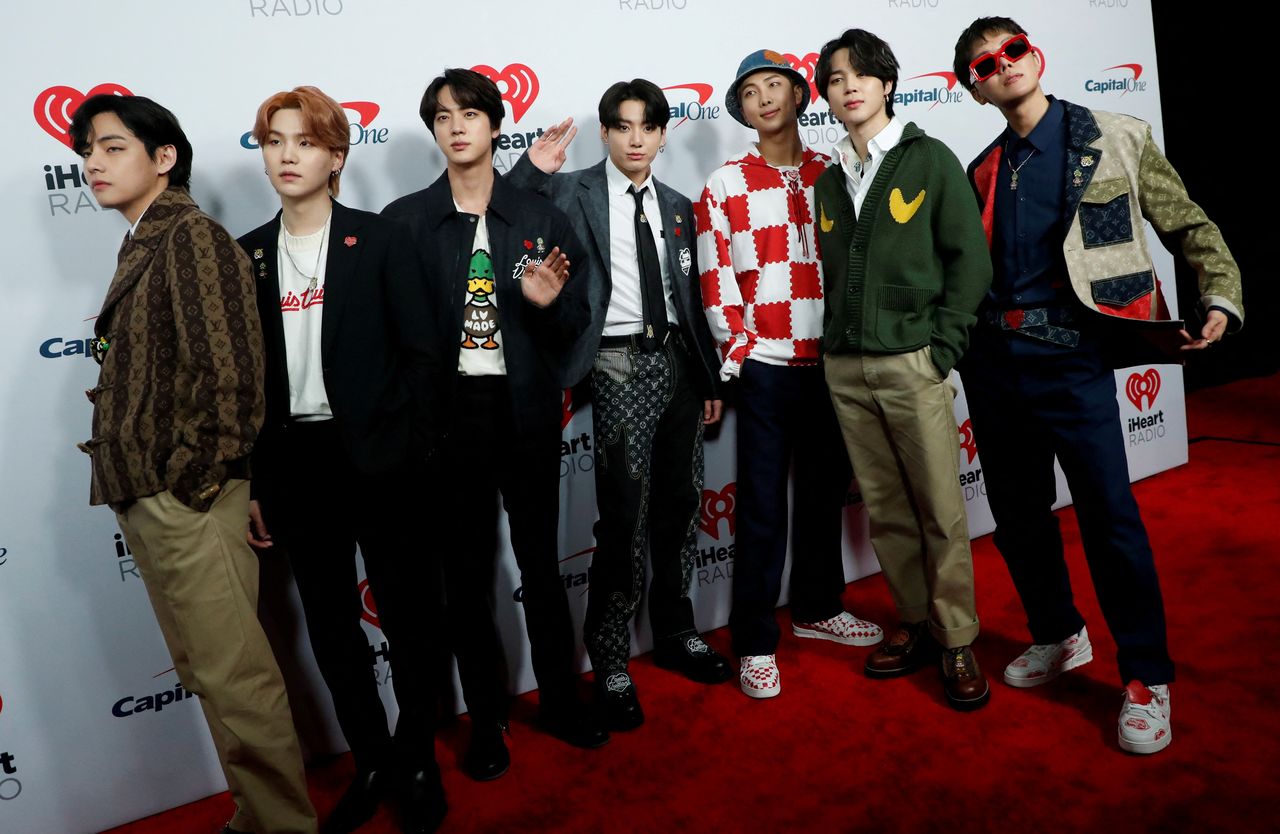 FILE PHOTO: BTS poses at the carpet during arrivals ahead of iHeartRadio Jingle Ball concert at The Forum, in Inglewood, California, U.S., December 3, 2021. REUTERS/Mario Anzuoni

LONDON (Reuters) - K-pop superstars BTS were named the 2021 IFPI Global Recording Artist of the Year on Thursday, making them the first act to win the award two years running.

The seven-member boy band has led a global K-pop craze since 2013 with their upbeat songs and dances, building a huge and loyal fan base around the world.

Last year, their singles "Butter", "Permission to Dance" and "My Universe", a joint release with Coldplay, all topped the U.S. Billboard Hot 100 chart.

They continued to enjoy success at home in South Korea and their Japanese-language greatest hits album, "BTS, THE BEST", topped Japan's Oricon Year End Album Chart at the close of 2021, the first for a non-domestic act in 37 years, IFPI said.

"Their dynamic and passionate fan base has helped to make them the first artists in history to top the Global Artist Chart in two consecutive years."

The IFPI award is calculated according to a music act's performance across digital and physical formats.

American singer Taylor Swift came in at no. 2 in the IFPI Global Artist Chart, also for the second year in a row, followed by British star Adele in third place.