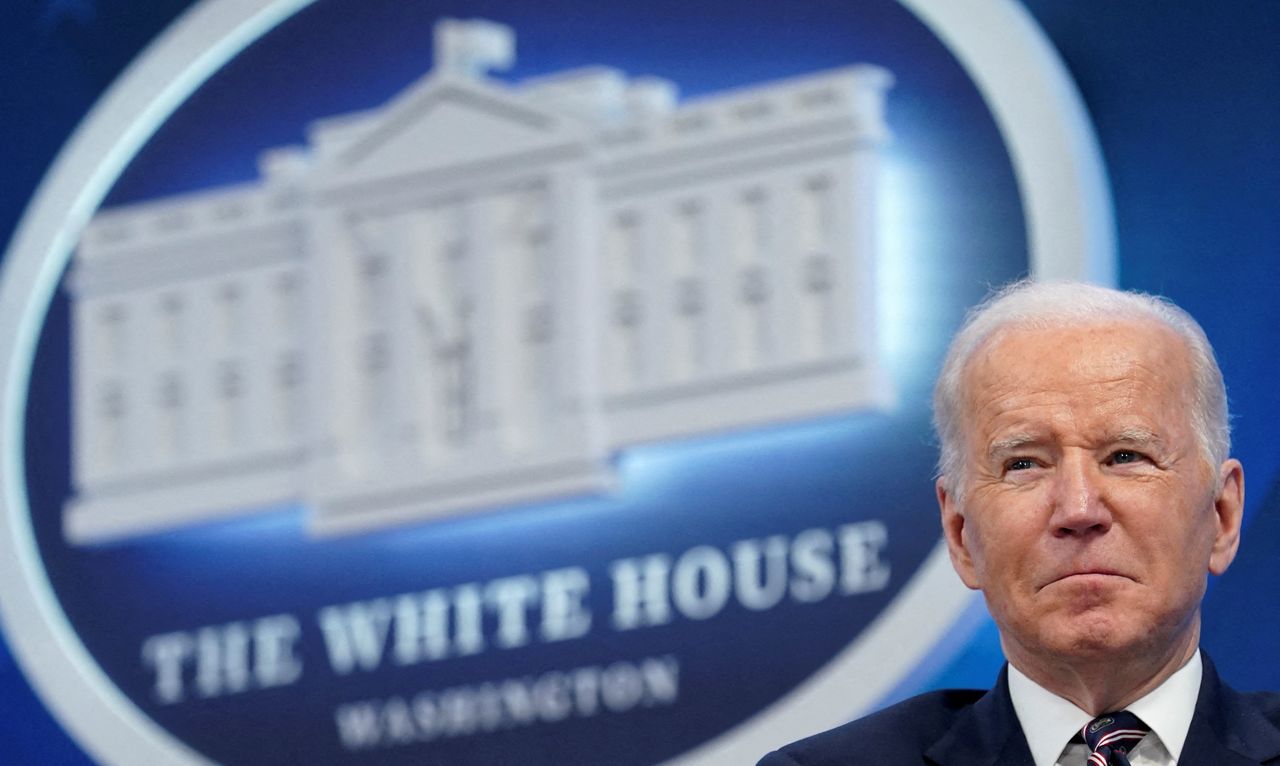 WASHINGTON (Reuters) - U.S. President Joe Biden met with his counterparts from the Group of Seven allies on Thursday morning to map out more severe measures against Russia after President Vladimir Putin launched what Biden called "a premeditated war" against Ukraine.

Biden, who spoke with Ukrainian President Volodymyr Zelenskiy late on Wednesday, convened his National Security Council earlier on Thursday to discuss the latest developments in Ukraine, according to a White House official.

He planned to make his first public remarks on the new conflict in Ukraine at 12:30 p.m. EST (1730 GMT), the White House said. Biden and his G7 colleagues are scrambling to respond to a worst-case scenario by imposing harsh sanctions on Russia that may cause gasoline prices in the West to go up.

The virtual meeting between the United States and its allies ended at 10:27 a.m., the White House official said.

The group was looking at ways to respond to what Biden in a statement late Wednesday called "an unprovoked and unjustified attack by Russian military forces" on Ukraine.

"President (Vladimir) Putin has chosen a premeditated war that will bring a catastrophic loss of life and human suffering," Biden wrote.

It came shortly after Putin told Russian state TV he had authorized a military operation in eastern Ukraine and explosions were heard in the Ukrainian capital of Kyiv and the breakaway eastern Ukrainian city of Donetsk.

Biden will announce "the further consequences the United States and our allies and partners will impose on Russia" later on Thursday, the White House said.

The U.S. president said Washington would also coordinate with NATO allies "to ensure a strong, united response that deters any aggression against the alliance."

NATO, set to hold an emergency summit on Friday, on Thursday said it was bolstering its troop presence on its eastern flank and putting hundreds of warplanes and ships on alert.

Biden, who served as America's vice president and was deeply engaged in 2014 when Russia annexed the Crimea region of Ukraine, will be joined for the G7 call in the White House Situation Room by Secretary of State Antony Blinken and Treasury Secretary Janet Yellen.

The G7 is comprised by the United States, Germany, Britain, France, Italy, Canada and Japan.

Biden, who orchestrated an initial round of Western sanctions against Russian oligarchs, financial institutions and exports this week, is under pressure from fellow Democrats and Republicans in Congress to crack down even harder on Moscow.

House of Representatives Intelligence Committee Chairman Adam Schiff, a fellow Democrat, told CNN on Wednesday that Western actions were being closely watched by China with an eye to whether it could successfully invade Taiwan.

"We have to make sure that if Putin goes forward with this invasion more fully ... that the costs to Putin and Russia are just crippling," he said.

Schiff said the United States and its allies should put in place "the most severe sanctions as soon as possible," including a permanent end to the Nord Stream 2 pipeline connecting Russia with Germany under the Baltic Sea.

Republican Senator Rob Portman demanded tough sanctions, rigid export controls and moves to increase military support to Ukraine and other allies, including Poland, Romania and the Baltic countries, in a statement after the Russian attacks.

Top U.S. officials were previously scheduled to brief all members of Congress by phone later on Thursday.

Moscow will pay an even steeper price if it continues its aggression, U.S. officials warned this week.

Washington on Wednesday stepped up pressure on Putin by imposing sanctions on the firm building the $11 billion Nord Stream 2 gas pipeline and its corporate officers, a move Biden had waived for months.

Germany on Tuesday froze approvals for the pipeline, which has been built but was not yet in operation, amid concerns it could allow Moscow to weaponize energy supplies to Europe.

Next steps are likely to include sanctions against additional Russian banks, including Sberbank and VTB, steps to bar U.S. financial institutions from processing transactions for major Russian banks, and export controls on U.S. and foreign-made goods, from commercial electronics and computers to semiconductors and aircraft parts.