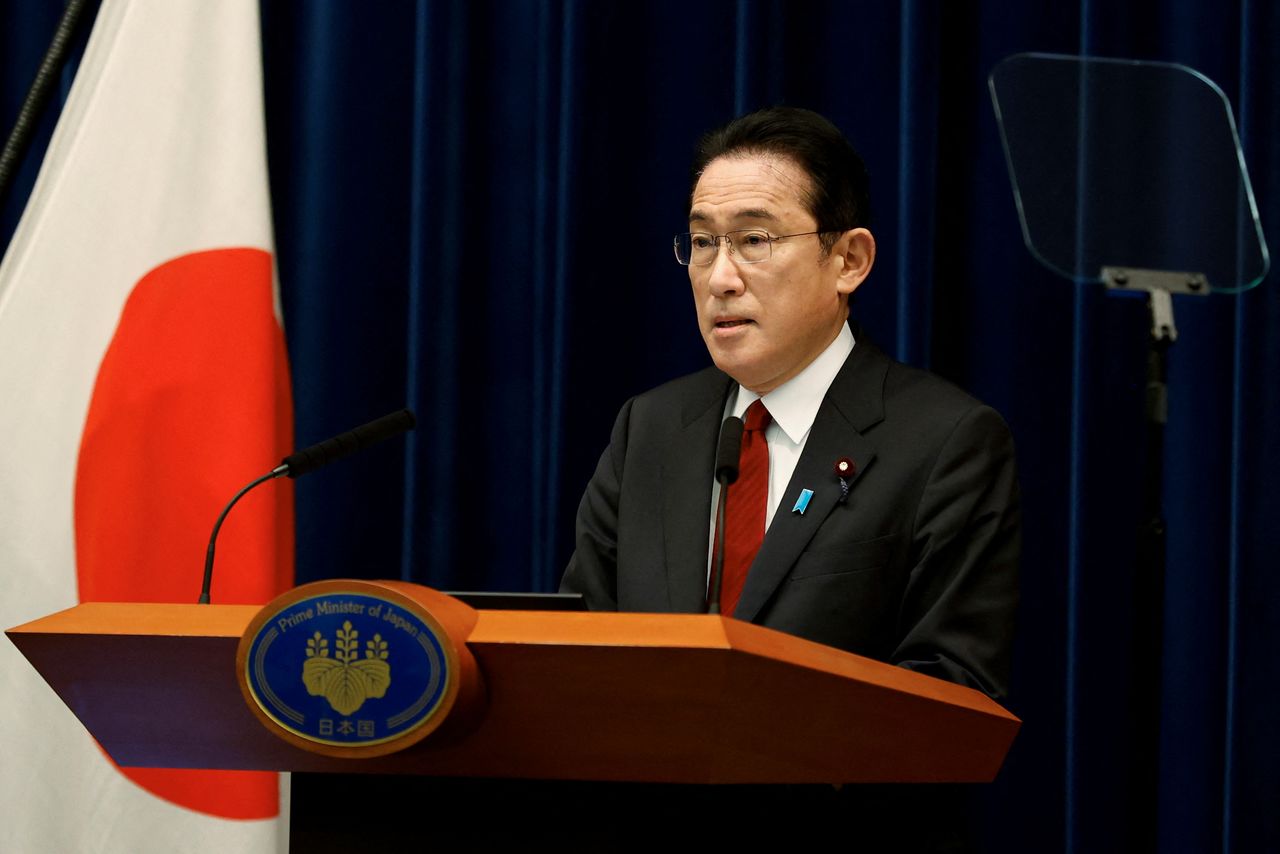 TOKYO (Reuters) -Japan will strengthen sanctions against Russia to include financial institutions and military equipment exports, Prime Minister Fumio Kishida said on Friday, adding that an impact on his resource-poor nation's energy supply is unlikely.

After a similar move by Washington in retaliation for the invasion of Ukraine, Kishida told a news conference that Tokyo would take aim at Russian financial institutions and individuals with the sanctions, which would be imposed immediately, as well as halt exports of military-use goods such as semiconductors.

Japan's move came after Washington imposed new sanctions after Russian forces invaded Ukraine on Thursday in the biggest attack by one state against another in Europe since World War Two.

Kishida also said he hoped coordinated action with other members of the Group of Seven (G7) nations against Russia would send a message to stem any aggression in Asia and other regions.

Rahm Emanuel, ambassador to Japan from the United States - one of Japan's key allies - praised the move.

"Japan's swift response in collaboration with the United States and G7 member, the European Union and Australia to implement financial sanctions against Russian banks, oligarchs and corporate entities, suspend visa issuances, and restrict the exports of semiconductors and high-tech products will impose unprecedented economic costs on Russia for unprecedented action," he said in a statement.

But Russia's ambassador to Japan, Mikhail Galuzin, said he had recently notified a top Japanese official that there would be a response to Japan's actions, terming them a "mutually unbeneficial step."

"I suppose it will be a serious response from us," he told a news conference in Tokyo. "I am confident that, (by) taking such steps, the Japanese government does not contribute to the development of mutual and beneficial friendly relations between our countries."

For Japan, the most immediate impact of the crisis is likely to be seen in rising fuel prices.

Kishida said Japan would do the utmost to limit the economic impact to itself, including by ensuring a stable supply of energy.

Japan has about 240 days' worth of crude oil reserves and reserves of liquefied natural gas (LNG) to last two to three weeks, Kishida said, adding that the government would step up measures to stem a rise in retail fuel prices.

"The economic sanctions against Russia will not directly obstruct energy supply," Kishida said.

Japan will release oil from its national reserves as needed in cooperation with the International Energy Agency (IEA) and relevant countries, industry minister Koichi Hagiuda told a separate news conference.

Russia was Japan’s fifth-biggest supplier of crude oil and liquefied natural gas (LNG) in 2021, accounting for 3.63% and 8.84% of its total imports, respectively