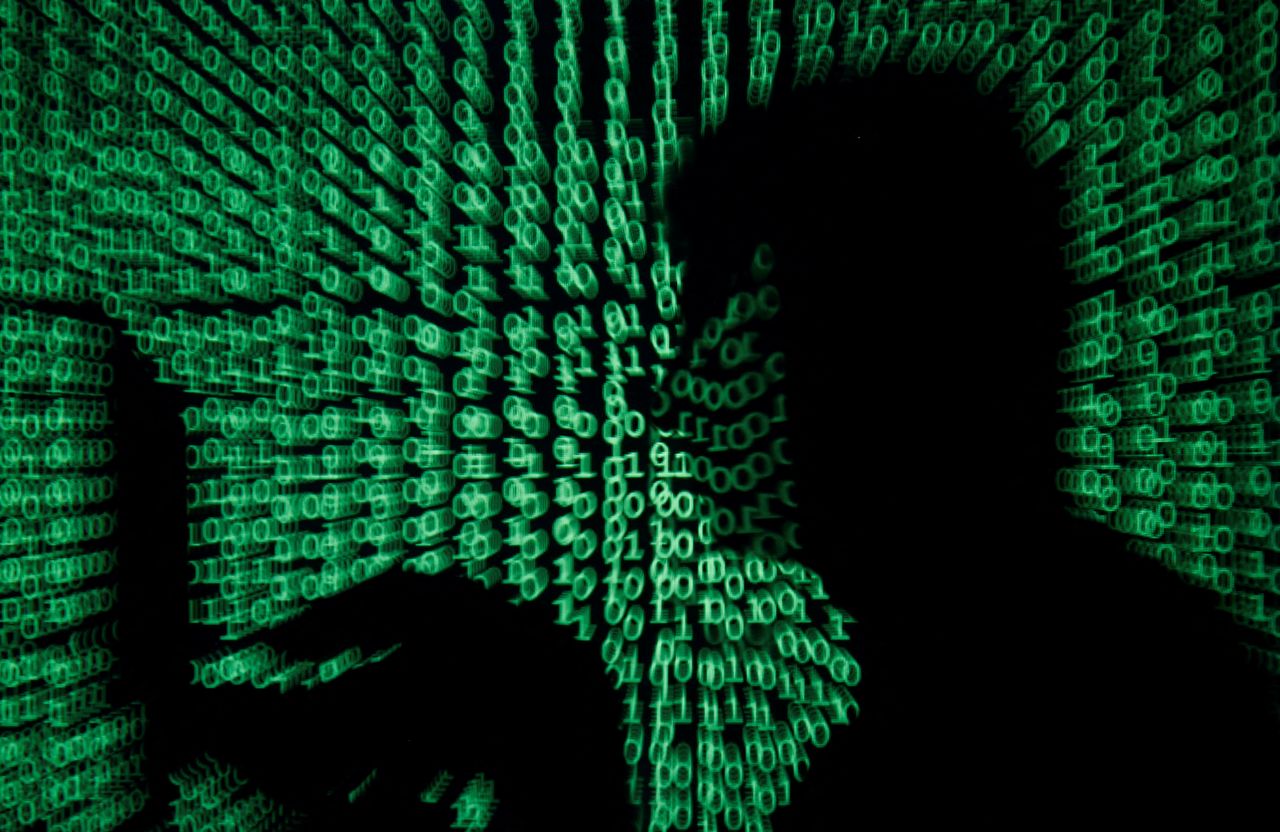 FILE PHOTO: A man holds a laptop computer as cyber code is projected on him in this illustration picture taken on May 13, 2017. REUTERS/Kacper Pempel/Illustration

By Paresh Dave and Jeffrey Dastin

(Reuters) - The United States on Thursday restricted exports to Russia of a broad set of U.S.-made products as well as foreign-produced goods built with U.S. technology, following the invasion of Ukraine.

Here is how the rules are expected to affect U.S. tech companies, according to six experts on U.S. trade law.

What technology is newly restricted from export to Russia?

"We expected something sweeping, and this was certainly sweeping," said Ama Adams, partner at law firm Ropes & Gray.

A similar restriction was first applied in recent years to companies shipping to Chinese technology giant Huawei, to great effect.

Which U.S. companies will be most impacted?

Many companies may opt to suspend all sales to Russia out of caution, legal experts said. Dan Goren, partner at law firm Wiggin and Dana, said a client that makes electronic equipment had already held shipments to a Russian distributor on Thursday.

U.S. exports to Russia were limited to about $6.4 billion last year, U.S. census data show, with machinery and vehicles among big categories in past years.

The most severe tech hits to Russia could come from curbs on foreign goods.

For example, the Semiconductor Industry Association (SIA), which represents U.S. chipmakers, noted that "Russia is not a significant direct consumer of semiconductors" and that Russia's communications and tech spending "totaled only about $25 billion out of the multi-trillion global market" in 2019.

But many products made in Asia and destined for Russia include chips made with U.S. tooling. Over two dozen members of the European Union, as well as the United Kingdom, Canada, Japan, Australia and New Zealand, are imposing similar export restrictions to limit Russia's options.

How will Russia be affected?

Emily Kilcrease, senior fellow at the Center for a New American Security and former deputy assistant U.S. Trade Representative, said the restrictions will freeze Russia's technology where it is today.

"You won’t be able to get new tech into the country," she said.

William Reinsch, a trade expert at the Center for Strategic and International Studies and a former Commerce Department export official, expects a slow escalation of impact.

"Eventually they will be hurting, but maybe not for months," he said. "It’s not an immediate body blow."

The curbs and sanctions are not as comprehensive as U.S. trade actions on Iran and North Korea, but they could have bigger consequences globally because Russia is more intertwined with the world economy, attorneys said.

What technology is not covered by new restrictions?

The measures include carve-outs for consumer items such as household electronics, humanitarian goods, and technology necessary for flight safety. Cell phones are permitted as long as they are not sent to Russian government employees or certain affiliates.

Also not restricted are consumer encryption technologies, which one attorney described as a sign that the United States and its allies do not want to disrupt protesters and media.

Nothing precludes the U.S. from later extending sanctions to more items.

South Korea was not listed among countries partnering on the rules, and its assistance would be important for blocking Russia's access to chips from there, Kilcrease said.

The South Korean Embassy in Washington did not immediately respond to a request for comment.

South Korea said on Thursday it would join in unspecified multilateral economic sanctions on Russia in response to its military operations in Ukraine, but is not considering adopting unilateral measures.

Which companies could benefit from the new rules?

Kilcrease and legal experts expect that Chinese technology companies may want to fill some voids created by restrictions on Western tech companies, though Kilcrease said the U.S. rules would discourage them. But the senior U.S. administration official said that China cannot supply Russian crucial military needs, especially for the most advanced chips.