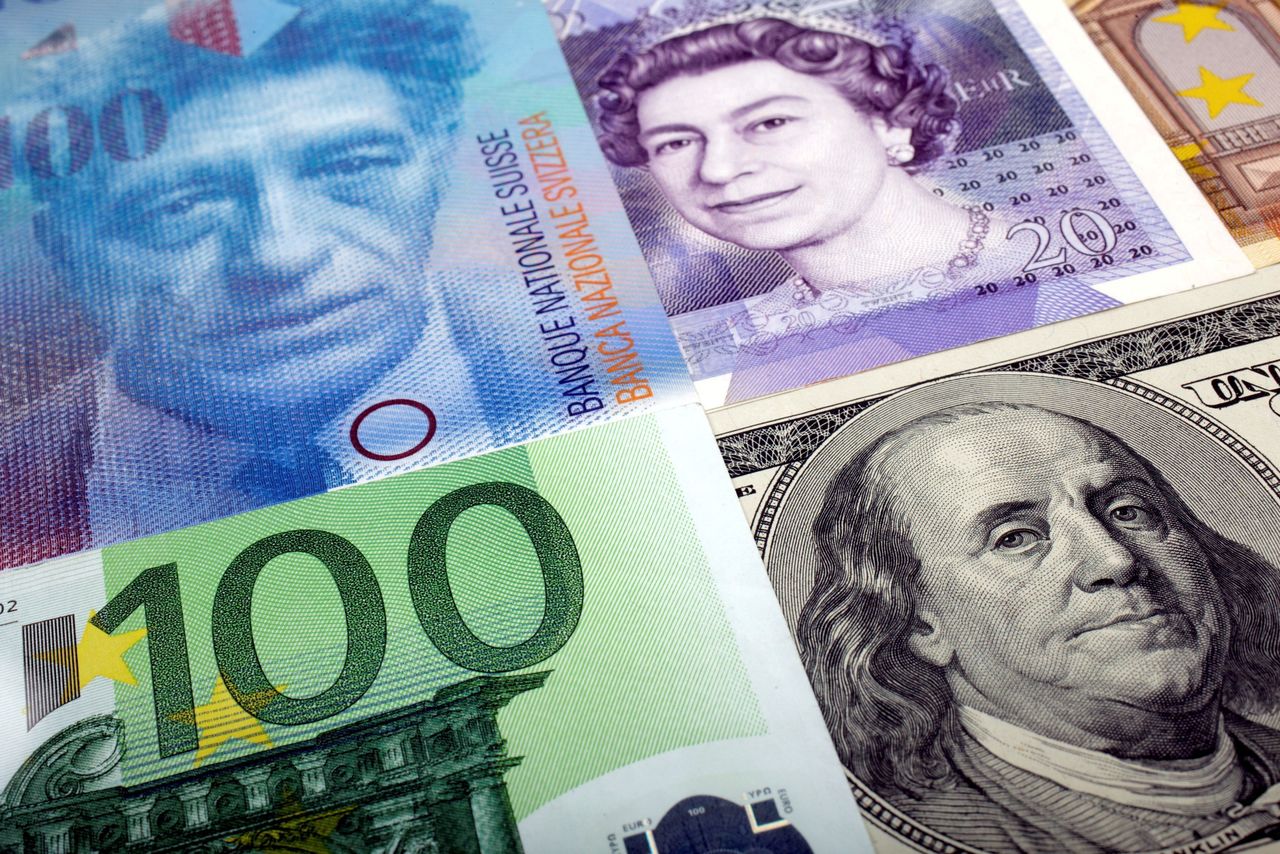 MEW YORK (Reuters) - The U.S. dollar dipped on Friday, giving back some of the strong gains from the previous day, as investors gauged the latest round of sanctions on Russia and U.S. inflation data was seen as unlikely to make the Federal Reserve overly aggressive at its next policy meeting.

The greenback on Thursday notched its biggest one-day percentage gain since Nov. 10 to reach 97.74, its highest since June 30, 2020. However, it gave back some gains after U.S. President Joe Biden hit Russia with a wave of sanctions following that country's invasion of Ukraine, but refrained from imposing sanctions on Russian President Vladimir Putin and disconnecting Russia from the SWIFT international banking system.

"The revisions to income and spending data shows the economy was very resilient to Omicron and to high oil prices. Hopefully, the situation with Russia is short-lived, but even if oil prices stay elevated, the economy should have enough fundamental strength to tolerate high energy prices," said Brian Jacobsen, senior investment strategist at Allspring Global Investments in Menomonee Falls, Wisconsin.

"The inflation numbers weren’t great, but at least the month-on-month inflation numbers aren’t moving higher," Jacobsen said. "That should take some wind out from under the wings of the most hawkish Fed members."

Even with Friday's pullback, the dollar was still on track for a third straight week of gains.

The increased risk appetite was evident in the U.S. stock market, with the S&P 500 up more than 2% after staging a late session rally on Thursday.

Before Thursday's jump -- which sent the dollar to its highest level since June 30, 2020 -- the greenback had been subdued in recent weeks, as rising tensions in Ukraine fueled expectations the Fed may be less aggressive in tightening policy as it attempts to rein in inflation.

Expectations for at least a 50-basis-point interest rate hike at its March meeting have fallen to 25% from around 34% a day ago, according to CME's FedWatch Tool.

In the central bank's latest monetary policy report to Congress, the Fed warned inflation could last longer than anticipated should labor shortages and fast-rising wages continue.

The European Union is planning a third round of sanctions against Moscow, an EU official said on Friday, minutes after Ukraine's president pleaded with the bloc for faster, more forceful steps to punish Russia for its invasion of his country.

Policymakers at the European Central Bank (ECB) said the situation in Ukraine could cause the ECB to slow its exit from stimulus measures.

Investors see only a 4% chance the ECB will boost its benchmark interest rate by 10 basis points at its March 10 policy meeting. [IRPR]

The Russian rouble strengthened 1.67% versus the greenback to 83.04 per dollar after hitting hit a record low of 89.986 the day before.