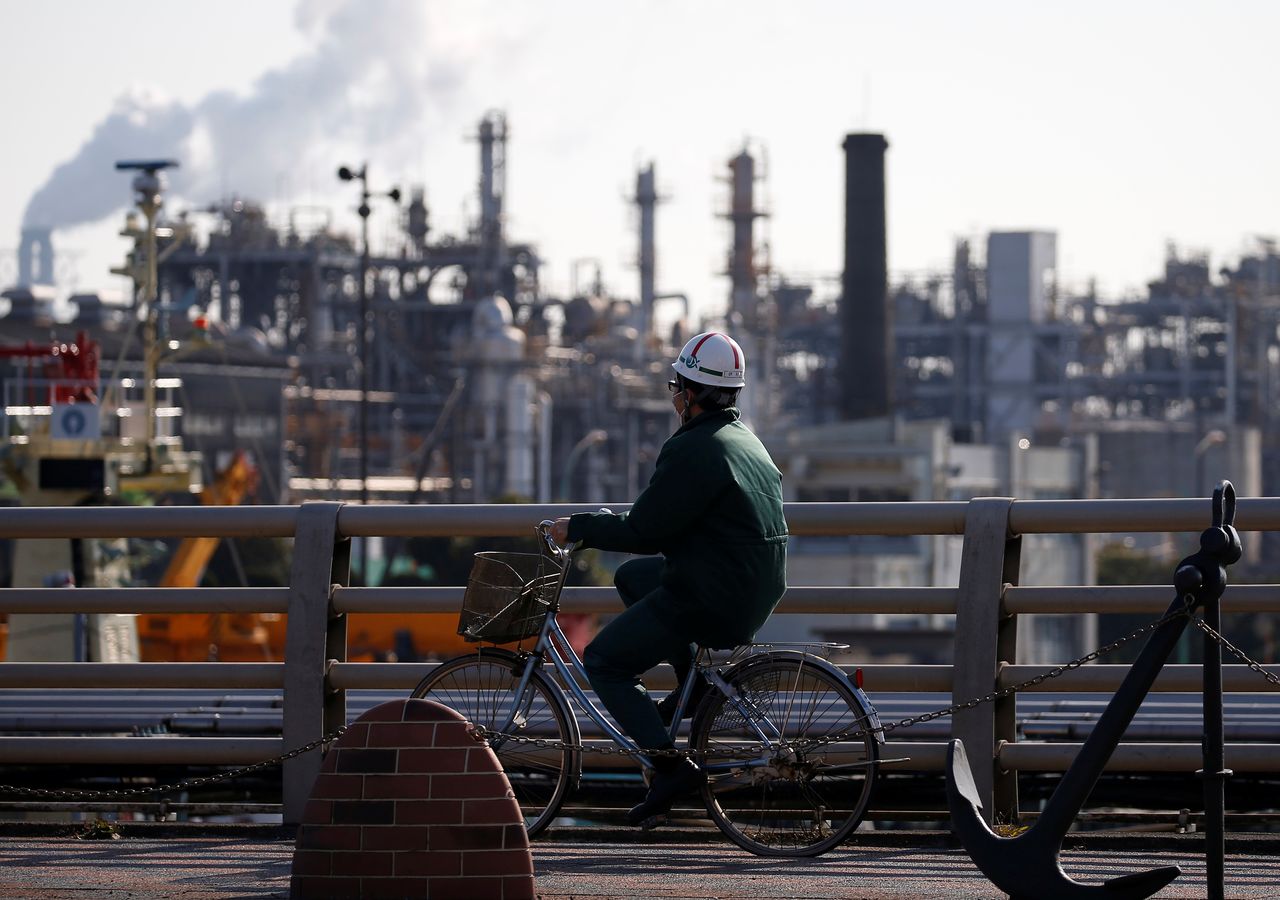 FILE PHOTO: A worker cycles near a factory at the Keihin industrial zone in Kawasaki, Japan February 28, 2017. REUTERS/Issei Kato

While the coronavirus outbreak is on a downtrend, concerns loom for a current-quarter contraction as the Ukraine-Russia crisis fuels fresh uncertainties for the economy reliant on imported energy, raw materials and manufacturing parts.

Industrial production likely declined 0.7% in January from the previous month, the median forecast in the poll of 18 economists showed, after a 1.0% fall in December.

"The outbreak of COVID-19 Omicron variant since the start of the year forced output cuts to carmakers, which had already suffered from chip and parts shortage," Shumpei Fujita, an economist at Mitsubishi UFJ Research and Consulting, wrote in a note.

Major automakers including Toyota Motor Corp and Honda Motor Co Ltd have reduced production in their Japanese plants due to Omicron-related disruptions, such as infected workers and component supply bottlenecks.

Meanwhile, retail sales were seen rising 1.4% in January from a year earlier, following a revised 1.2% growth in December, according to the poll.