Tennis-Russian world No.1 Medvedev calls for peace after "roller-coaster day" 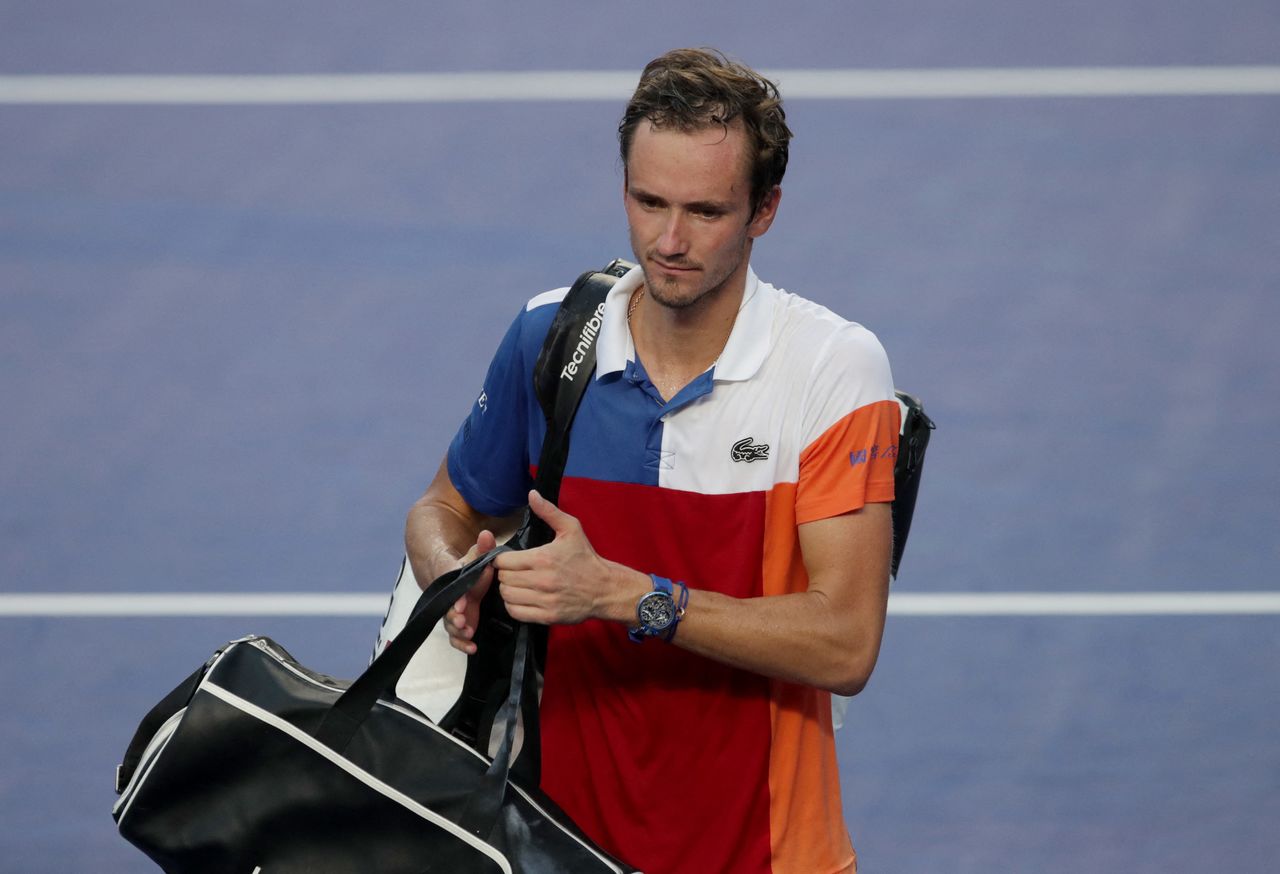 (Reuters) - Russian Daniil Medvedev said he wanted to promote peace around the world after a "roller-coaster day" when he was confirmed as the world's top tennis player and his country invaded Ukraine.

U.S. Open champion Medvedev, who took the court in Acapulco, Mexico, hours after Novak Djokovic's quarter-final loss in Dubai meant the Russian would replace him at the top of the men's rankings on Monday, said it was not easy watching the news.

"By being a tennis player I want to promote peace all over the world," the 26-year-old said after reaching the semi-finals at the ATP 500 tournament by defeating Japan's Yoshihito Nishioka.

"This was amazing because I think people need to stay together and that's the most important," Medvedev said, referring to the partnership between Rublev and Molchanov.

"In this moment, you understand that tennis sometimes is not that important," he said, though adding he wanted to win his match.

"It was definitely not easy to play and I am happy that I managed to win the match. That was a little bit of a roller-coaster day."

Rublev said he was getting some bad comments online because of the situation in Ukraine.

"In these moments you realise that my match is not important. It's not about my match, how it affects me. What's happening is much more terrible," Rublev said after his victory over American Mackenzie McDonald at the Dubai Championships late on Thursday.

"You realise how important (it) is to have peace in the world and to respect each other no matter what, to be united. It's about that. We should take care of our earth and of each other. This is the most important thing."

(Reporting by Sudipto Ganguly in Mumbai; editing by Robert Birsel)