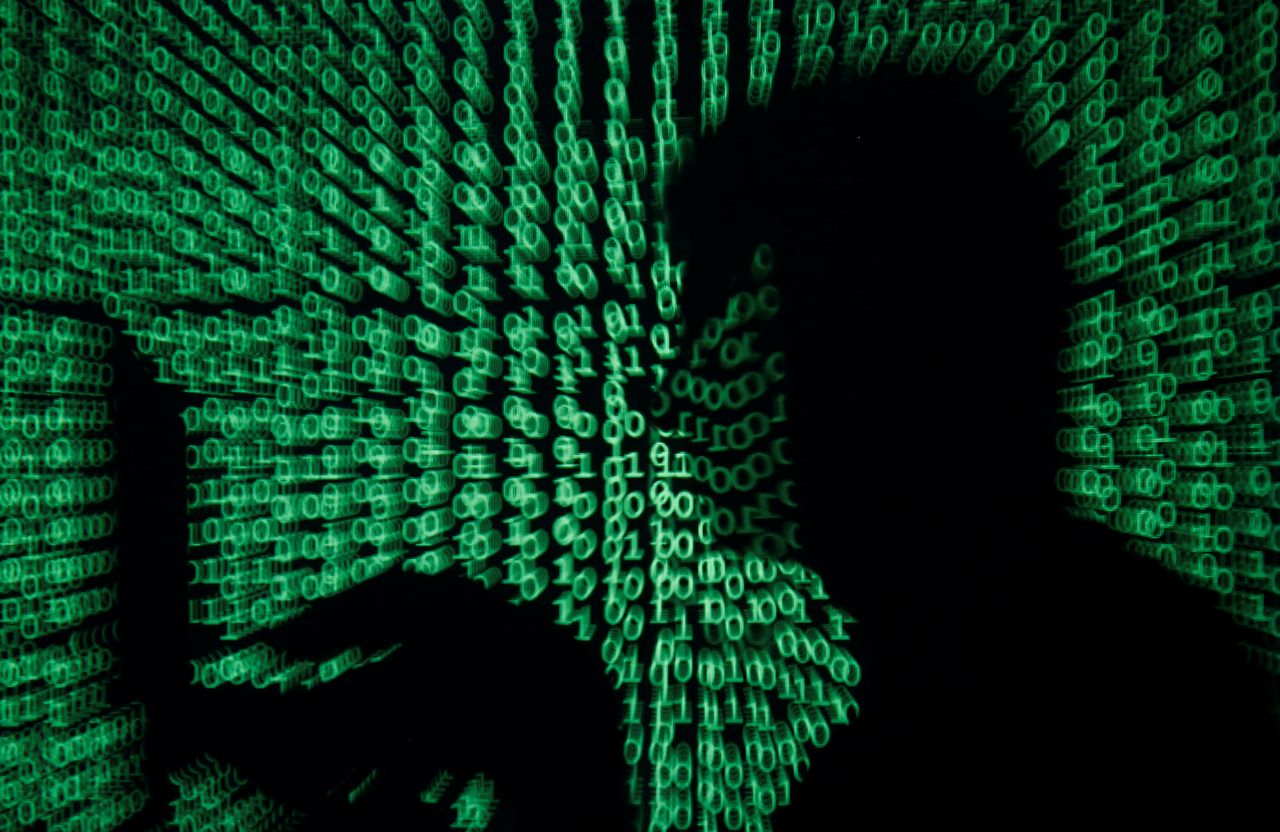 FILE PHOTO: A man holds a laptop computer as cyber code is projected on him in this illustration picture taken on May 13, 2017. REUTERS/Kacper Pempel/Illustration

TOKYO (Reuters) - Japan will step up spending to strengthen its supply chains and do more to guard against cyberattacks launched through imported systems and software under draft legislation approved by the cabinet on Friday.

But bill was released at a time of heightened concerns worldwide over the vulnerability of key infrastructure to cyberattacks, particularly in the wake of Russia's assault on Ukraine.

The legislation, which will now be submitted to parliament, would tighten curbs on companies in security-sensitive sectors that procure overseas software.

It would give the government authority to order companies to provide advance information when updating software or procuring new equipment, and vet purchases.

The regulation would target companies in 14 industries critical to national security such as energy, water supply, information technology, finance and transportation.

Under the legislation, the government will also subsidise companies or projects that help build more resilient supply chains for key items such as semiconductors.

Japan is under pressure to follow in the footsteps of the United States in boosting counter-measures against cyberattacks and compete with Beijing's growing push to export sensitive technologies such as commercial drones and security cameras.