N.Korea resumes missile tests with first launch in a month 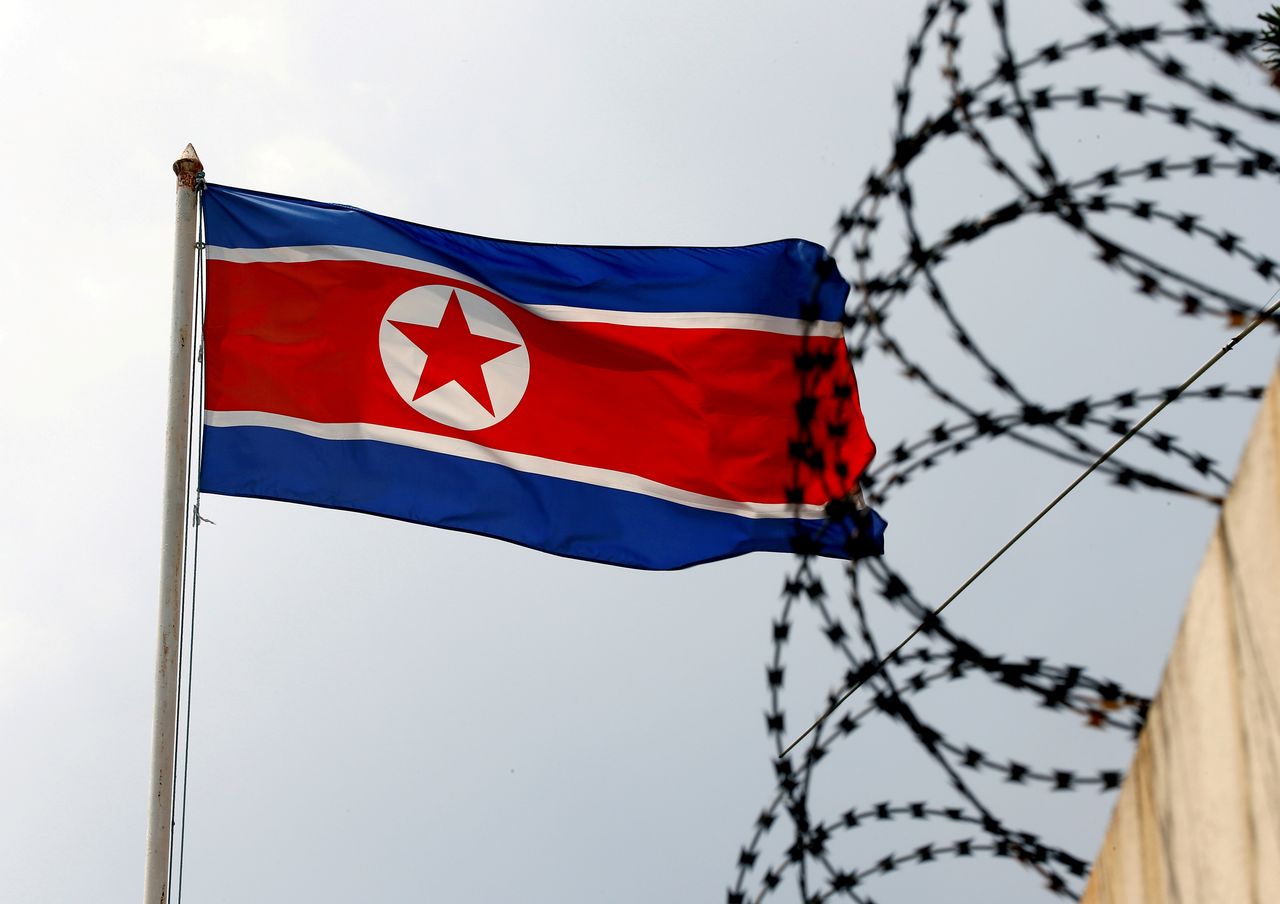 SEOUL (Reuters) -North Korea fired what could be a ballistic missile on Sunday, military officials in South Korea and Japan said, in what would be the first test since the nuclear-armed country conducted a record number of launches in January.

South Korea's Joint Chiefs of Staff reported that North Korea had fired a suspected ballistic missile toward the sea off its east coast from a location near Sunan, where Pyongyang's international airport is located. The airport has been the site of missile tests, including a pair of short-range ballistic missiles fired on Jan. 16.

Analysts said the flight data did not closely match earlier tests, and suggested it could be a medium-range ballistic missile fired on a "lofted" trajectory.

"There have been frequent launches since the start of the year, and North Korea is continuing to rapidly develop ballistic missile technology," Japan's Defense Minister Nobuo Kishi said in a televised statement. North Korea was threatening the security of Japan, the region and the international community, Kishi said.

The United States condemned the latest launch and called on North Korea to cease destabilising acts, but said the test did not pose an immediate threat, the U.S. military's Indo-Pacific Command said.

North Korea's previous test was on Jan. 30, when it fired a Hwasong-12 intermediate-range ballistic missile.

Sunday's launch came less than two weeks ahead of South Korea's March 9 presidential election and amid fears by some in Seoul and Tokyo that North Korea may push ahead with missile development while international attention is focused on Russia's invasion of Ukraine.

"This launch comes as the international community is responding to the Russian invasion of Ukraine, and if North Korea is making use of that situation, it is something we cannot tolerate," Kishi said.

South Korea's National Security Council convened an emergency meeting to discuss the launch, which it called "regrettable," according to a statement from the presidential Blue House.

"Launching a ballistic missile at a time when the world is making efforts to resolve the Ukraine war is never desirable for peace and stability in the world, the region and on the Korean Peninsula," the statement said.

The leading conservative candidate, Yoon Suk-Yeol, said last week that North Korea could see the Ukraine crisis as "an opportunity for launching its own provocation."

Candidates and analysts have noted that even before the invasion North Korean leader Kim Jong Un was overseeing an increase in missile tests as talks with the United States and its allies remain stalled.

"Putin's War shapes almost all geopolitics right now, and should factor somewhere in Kim's calculus - but even 'taking advantage of distraction' seems to presume too much, since (North Korea) was already testing aggressively before the war," John Delury, a professor at South Korea's Yonsei University, wrote on Twitter.

China's representative on the Korean Peninsula, Liu Xiaoming, said on Sunday he spoke by phone with his U.S. counterpart, Sung Kim, and urged the United States to address North Korea's legitimate and reasonable concerns with greater attention, so as to create conditions for restarting dialogue.

"I pointed out that, under current situation, relevant parties should be cautious in words and actions, avoid stimulating each other, so as to prevent escalation of tension on the Korean Peninsula," Liu said on Twitter, without specifying when the phone conversation took place and without mentioning the latest test.

North Korea, which has close ties to China, did not test any missiles during this month's Beijing Olympics. The 2022 Winter Paralympics begin in Beijing on Friday.

Complaining of unrelenting "hostile policies" from the United States, North Korea has suggested it could resume testing its longer-range missiles or even nuclear weapons.

Pyongyang has an ambitious schedule of military modernisation, and the Kim government's strength and legitimacy have become tied to testing ever-better missiles, said Leif-Eric Easley, a professor at Ewha University in Seoul.

"North Korea is not going to do anyone the favour of staying quiet while the world deals with Russia's aggression against Ukraine," Easley said.

The United States has said it is open to talks with North Korea without preconditions, but Pyongyang has so far rejected those overtures, calling them insincere.

North Korea's ballistic missile launches are banned by United Nations Security Council resolutions, which have imposed sanctions on the country over its missile and nuclear weapons programmes.