Oil could jump back above $100 as traders assess Russia SWIFT ban, analysts say 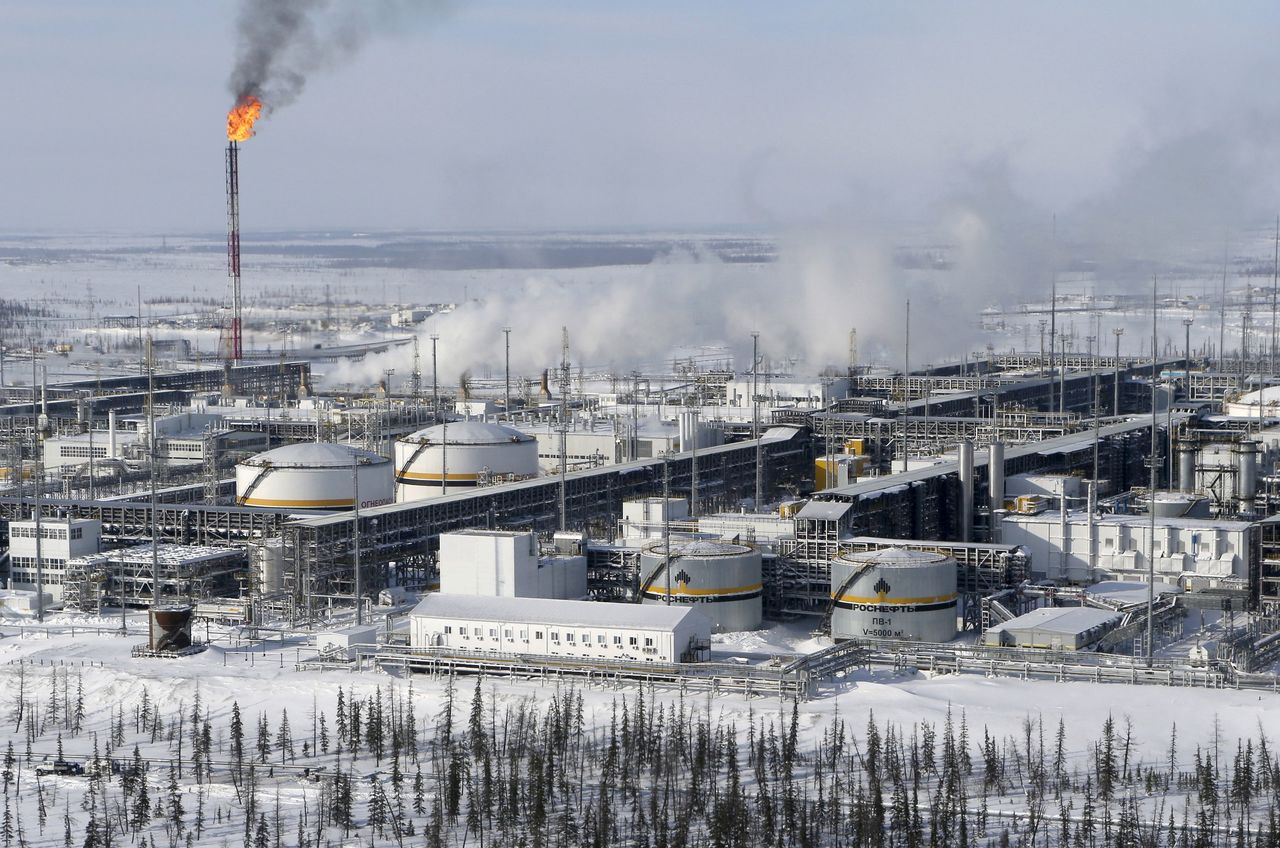 LONDON (Reuters) - A decision by Western allies on Saturday to block certain Russian banks from the SWIFT payments system is likely to lift oil prices well above $100 a barrel as risks with trading Russian oil spike, analysts say.

Russian exports of all commodities from oil and metals to grains will be severely disrupted by the new Western sanctions, traders and analysts said.

At least 10 oil and commodities traders, who spoke to Reuters on condition of anonymity, said flows of Russian commodities to the West will be severely disrupted or halted for days if not weeks until clarity is established on exemptions.

Amrita Sen from consultancy Energy Aspects said that Brent crude prices will definitely go back above $100 and probably return to the highs of $105.

Oil prices last jumped above $100 a barrel when Russian forces invaded Ukraine on Feb. 24, with Brent rising above $105 a barrel for the first time since mid-2014. [O/R]

Prices dropped back below $100 a barrel by Friday.

"While trying to exempt energy transactions, SWIFT can still cause significant disruption to energy trade flows in the near term, at least until buyers switch to alternatives like Telex or other systems," Sen said, adding that trade on other commodities will be much harder without exemptions.

The measures, which include restrictions on the Russian central bank's international reserves, are aimed at preventing President Vladimir Putin from using $630 billion in central bank foreign currency reserves for the invasion of Ukraine and to defend a plunging rouble.

But the allies have not yet said which banks would be targeted, with analysts saying if the list includes Sberbank, VTB, and Gazprombank that the impact on the Russian economy and the ability to do business with Russia could be huge.

A U.S. official told reporters that if one of the banks cut off from SWIFT wants to make a payment with a bank outside of Russia, it will likely need to use a phone or fax machine.

But the official said most banks worldwide would likely stop all transactions with Russian banks removed from the network.

"Considering low inventories and dwindling spare capacity, oil prices are likely to react in a sensitive way and open higher," he added.