After decades in a spin, Sonic's break-out leaves Sega hoping for more

TOKYO (Reuters) - Japan's Sega Sammy Holdings Inc is hoping to ride the fast-moving coattails of Sonic the Hedgehog as the character enjoys a renaissance amid a global scramble for entertainment content.

This year sees the release of a sequel to a record-breaking Hollywood movie and a Netflix series, along with a title that Sega hopes will revive the fortunes of the long-running Sonic game franchise after decades of malaise.

"Sonic is the face of Sega. If Sonic is doing well, then Sega is doing well to an extent, too," Shuji Utsumi, co-chief operation officer of Sega, told Reuters in an interview.

The blue blur became a household name in the West in a series of side-scrolling games in the 1990s on the Sega Mega Drive console, also known as the Sega Genesis in North America, which outsold Nintendo's Super NES in many countries.

"Sonic was cool with humour and an attitude... that resonated in the West," said Utsumi, who worked at Sony when it launched the first PlayStation.

Unlike Nintendo's Mario, who starred in decades of acclaimed titles, Sonic struggled to make the transition to 3D games as Sega withdrew from the console business to become a game publisher.

Now, after years of trial and error during which Sega merged with pachinko gambling machine maker Sammy, Sonic revived his career as a movie star as studios raided corporate larders for underused characters with mass appeal.

Sonic-related sales, including from the movie, have quadrupled in the five years to the financial year that ended March 2021.

The game series has a committed, and long-suffering, fanbase in the West, in contrast with other Sega franchises such as "Yakuza" and "Persona", which have a large audience in Japan.

"It's definitely a nostalgic love for him," said Jacob Mills, 31, a British game level designer, referring to the hedgehog. Mills plays new Sonic releases and describes his enthusiasm as "a shared experience of mutual disappointment."

Initial prospects for the first Sonic movie from Paramount, which featured Jim Carrey, seemed in doubt when a trailer showing the character with prominent white teeth was derided on social media.

The studio tweaked the design, and the movie eventually raked in more than $300 million worldwide - becoming one of the best grossing video game adaptations - after its release in 2020 during the early days of the COVID-19 pandemic.

"Sonic the Hedgehog 2" will be released in April. The franchise's importance to Paramount was underscored in an investor presentation earlier this month outlining the future of the company and announcing a second Sonic sequel along with a hybrid animated/live-action series about the Knuckles character for its streaming service. A separate animated series is due to launch on Netflix this year.

"It's another big franchise for us and for Sega," Paramount Pictures chief Brian Robbins told Reuters. The Sonic investment is part of a broader commitment to franchises spanning movies and series, Paramount Chief Executive Bob Bakish said during the presentation. Shares fell on scepticism over whether the content could compete in an increasingly crowded streaming market.

Sega has embraced the Sonic community, in 2017 releasing Sonic Mania, a widely praised retro platformer that began life as a fan-made game before being backed by firm.

An artist from the game later worked for Paramount on the Sonic movie, and Sega interacts humorously with fans on via the Sonic the Hedgehog Twitter account, which has 5.8 million followers.

Expectations are growing for "Sonic Frontiers", an open world platformer due for release this year. The format is novel for the franchise, whose other games have been bought or downloaded 1.38 billion times. Sega has not shown any gameplay for the title, which was delayed for a year, and wary fans point to the "Sonic cycle", in which excitement and talk of a comeback in the build-up to a new release is dashed by disappointment on playing the game.

The earnings impact of Sonic-related output "is going to be tangible" in the financial year starting in April, Utsumi said, without providing further details.

This month, the company upgraded its full year operating profit forecast by a third to 31 billion yen ($268 million). The gaming unit has been boosted by sales of titles such as role-playing game "Shin Megami Tensei V" for the Nintendo Switch.

Utsumi, who returned to Sega two years ago after founding his own gaming company and working at Disney and Warner Music, says the company is a "treasure island" of content that could be further commercialized.

Sega has a close relationship with Xbox maker Microsoft and in November said it was exploring an alliance to develop titles using the Redmond, Washington-based firm's cloud technology.

Longer term, Sega aims to create a "super game" with global appeal - that perhaps will be part of the "metaverse", a buzzy term for a network of persistent simulated online environments.

Sega, whose shares have rise by 16% year-to-date, has long experience across arcade and console gaming and different genres, Utsumi said.

"There's no one better suited to do this than us," he said. 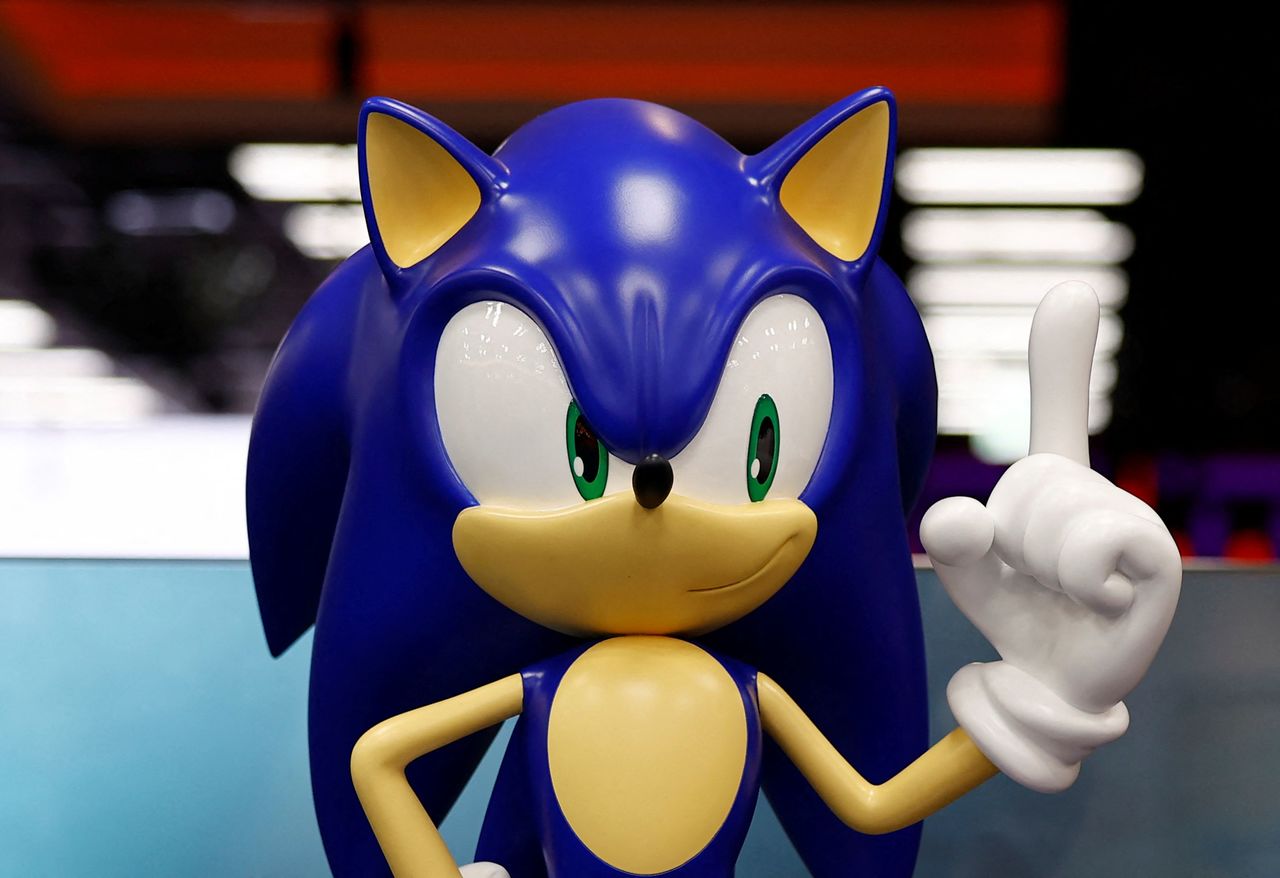 A model of Sega character 'Sonic the Hedgehog' is pictured at its headquarters in Tokyo, Japan, February 16, 2022. REUTERS/Kim Kyung-Hoon 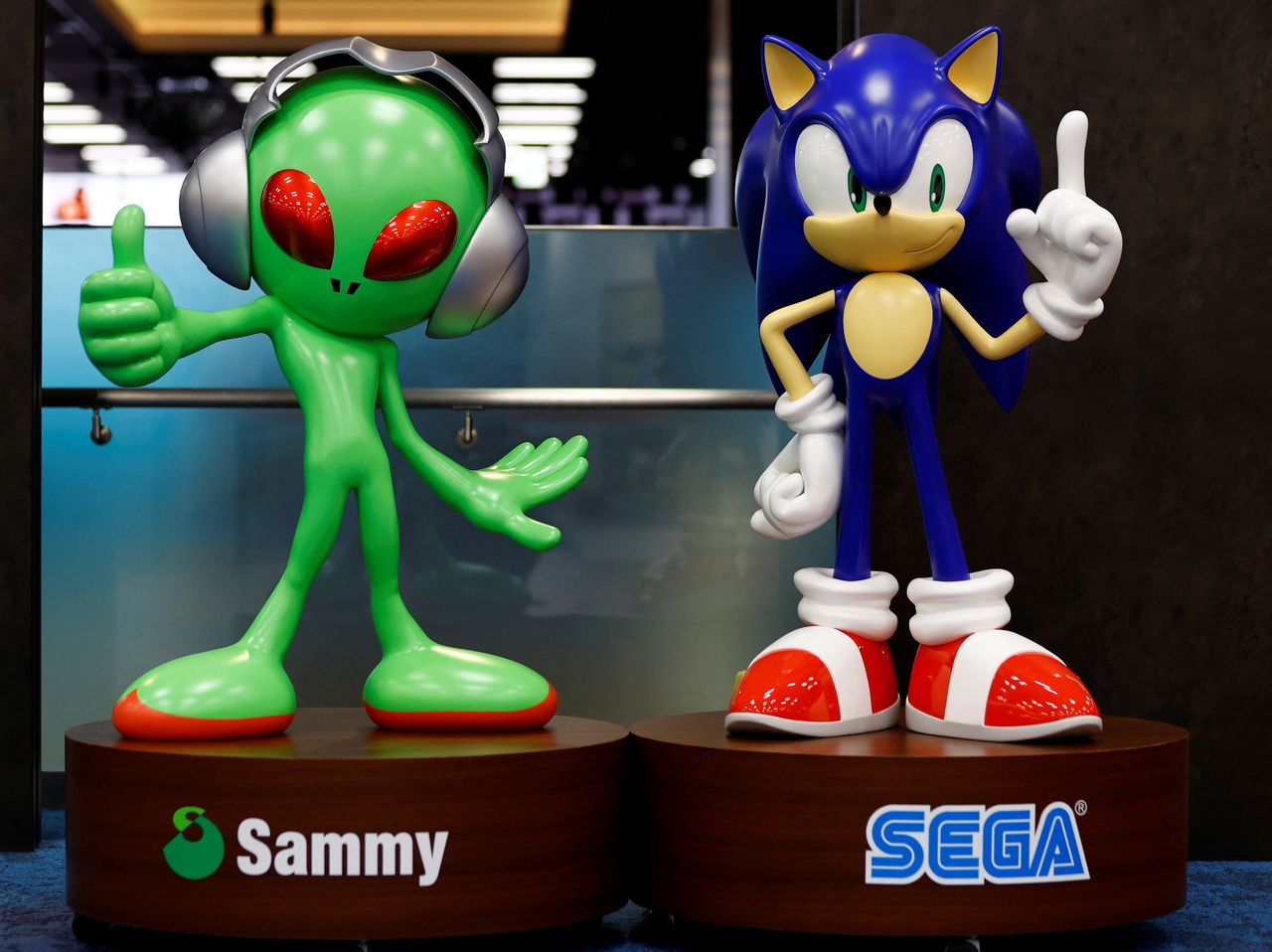 A model of Sega Sammy character 'Aliyan' and Sega character 'Sonic the Hedgehog' are pictured at its headquarters in Tokyo, Japan, February 16, 2022. REUTERS/Kim Kyung-Hoon 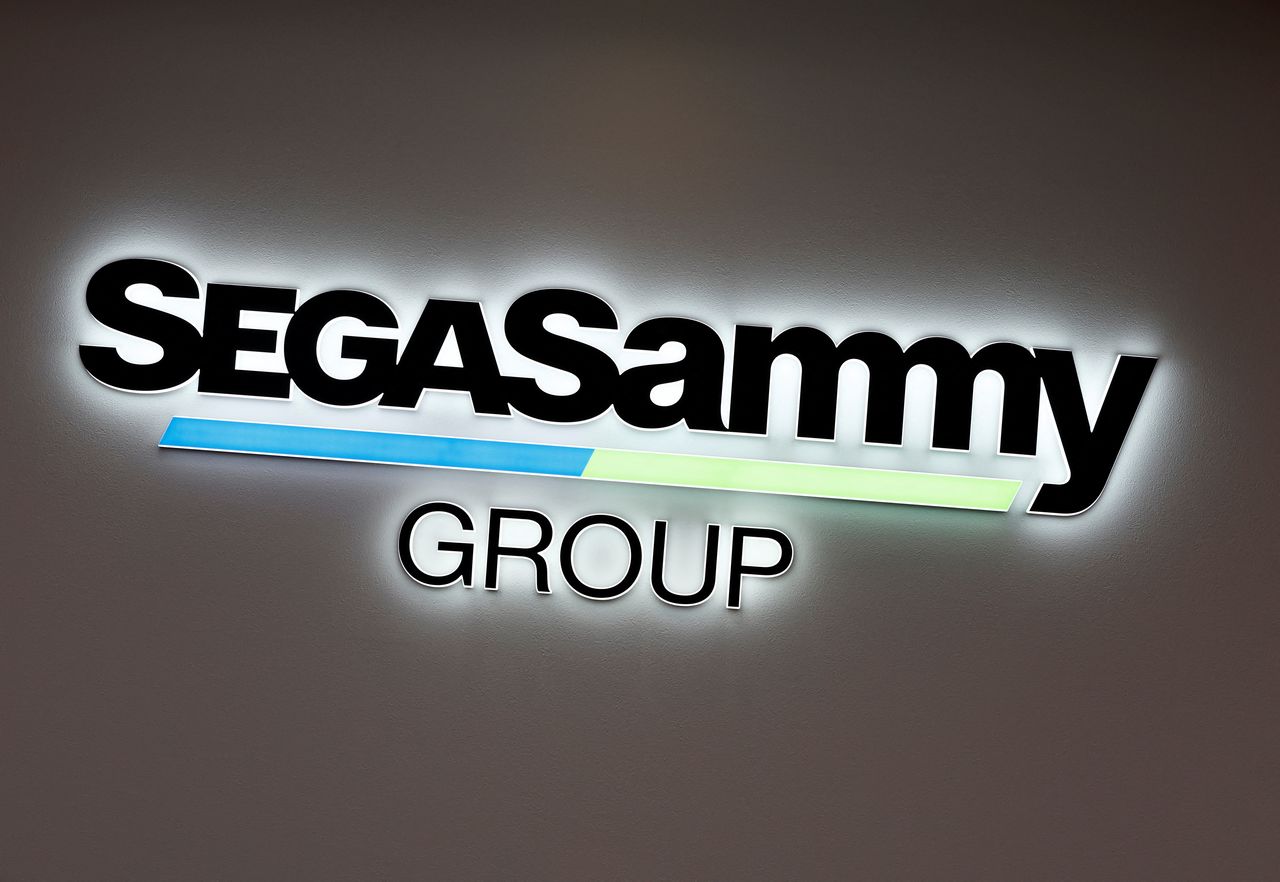 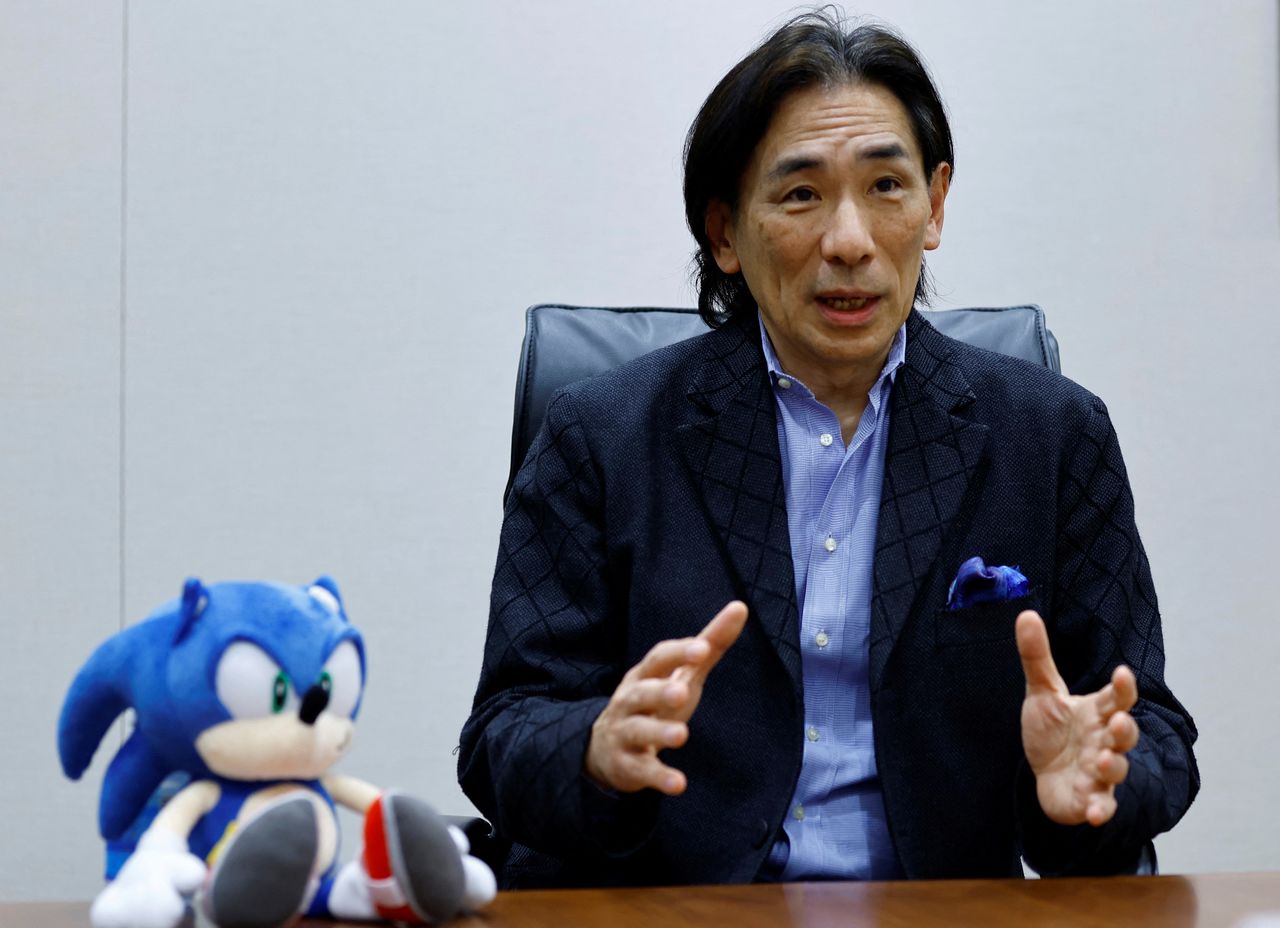