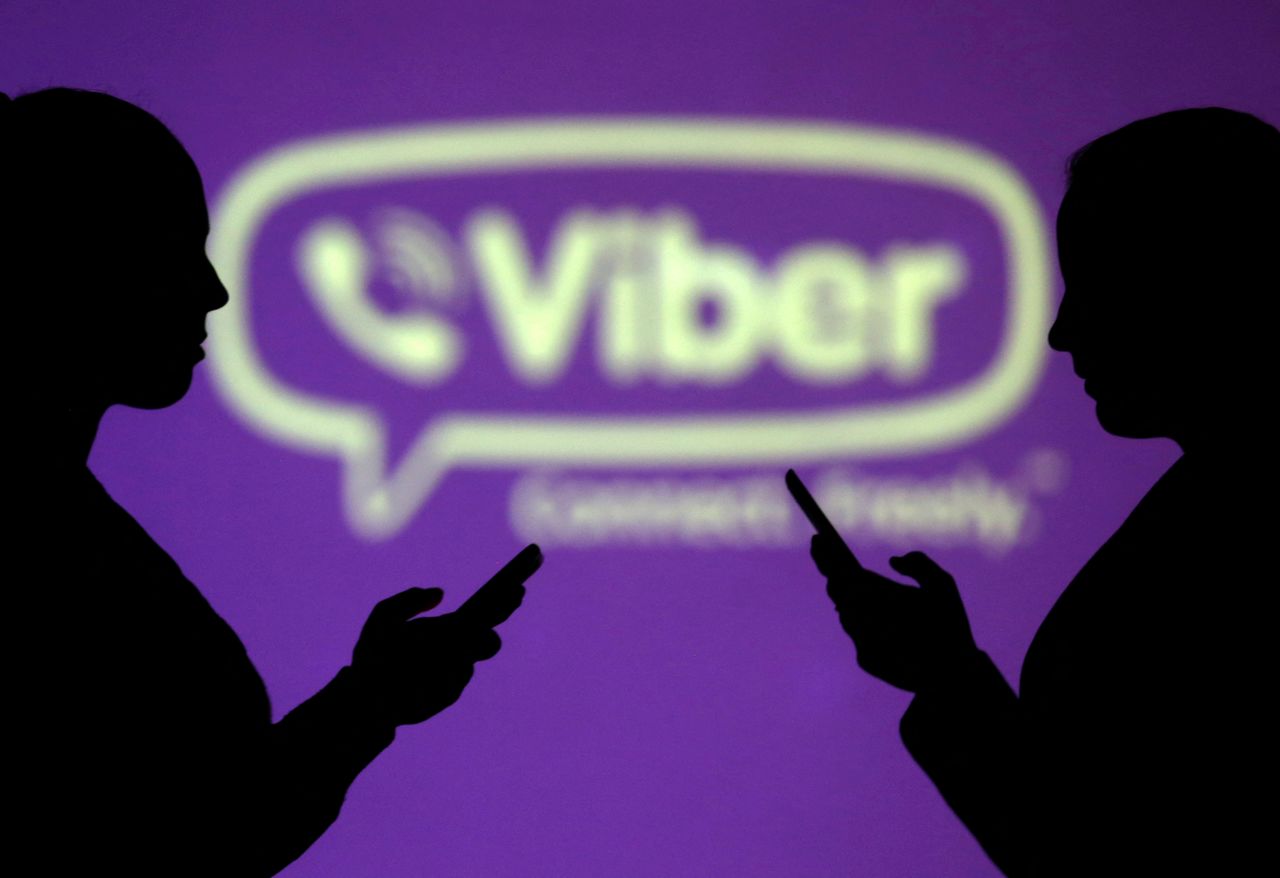 FILE PHOTO: Silhouettes of mobile users are seen next to a screen projection of Viber logo in this picture illustration taken March 28, 2018. REUTERS/Dado Ruvic/Illustration/File Photo

TOKYO (Reuters) - Japan's Rakuten Group said it is removing advertising from its Viber messaging service in Ukraine and Russia in response to Moscow's invasion of Ukraine, but said it won't block the service in Russia as requested by Kyiv.

The move is to "ensure that no-one will profit from activity on our app at this time" Rakuten said in a statement dated Sunday, adding that it has made "Viber Out" calls to landlines and mobile phones in 34 countries free for users in the region.

The move comes amid escalating global tensions as President Vladimir Putin put Russia's nuclear deterrent on high alert on Sunday in the face of a barrage of Western reprisals for his war on Ukraine. Russia calls its actions in Ukraine a "special operation".

Ukraine's Vice Prime Minister Mykhailo Fedorov asked Rakuten to block Viber service in Russia in a letter posted on Twitter, along with similar requests to companies such as Facebook-owner Meta Platforms.

"Blocking our service in Russia or any other country will harm the people of Ukraine by preventing free, private and secure communication," Rakuten said in the statement, attributed to its chief operating officer Ken Hyakuno.

Viber, which launched in 2010 and was acquired by e-commerce firm Rakuten in 2014, is entrenched in the region with 97% of Ukrainian smartphone owners using the app.

Rakuten's billionaire founder and chief executive Hiroshi Mikitani has expressed his support for Ukraine, changing his Twitter profile picture to the country's blue and yellow flag and making a 1 billion yen ($8.7 million) donation to its government for aid.

Other action by tech firms include Alphabet's Google temporarily disabling some features on Google Maps in Ukraine as Russian troops advance into the country.