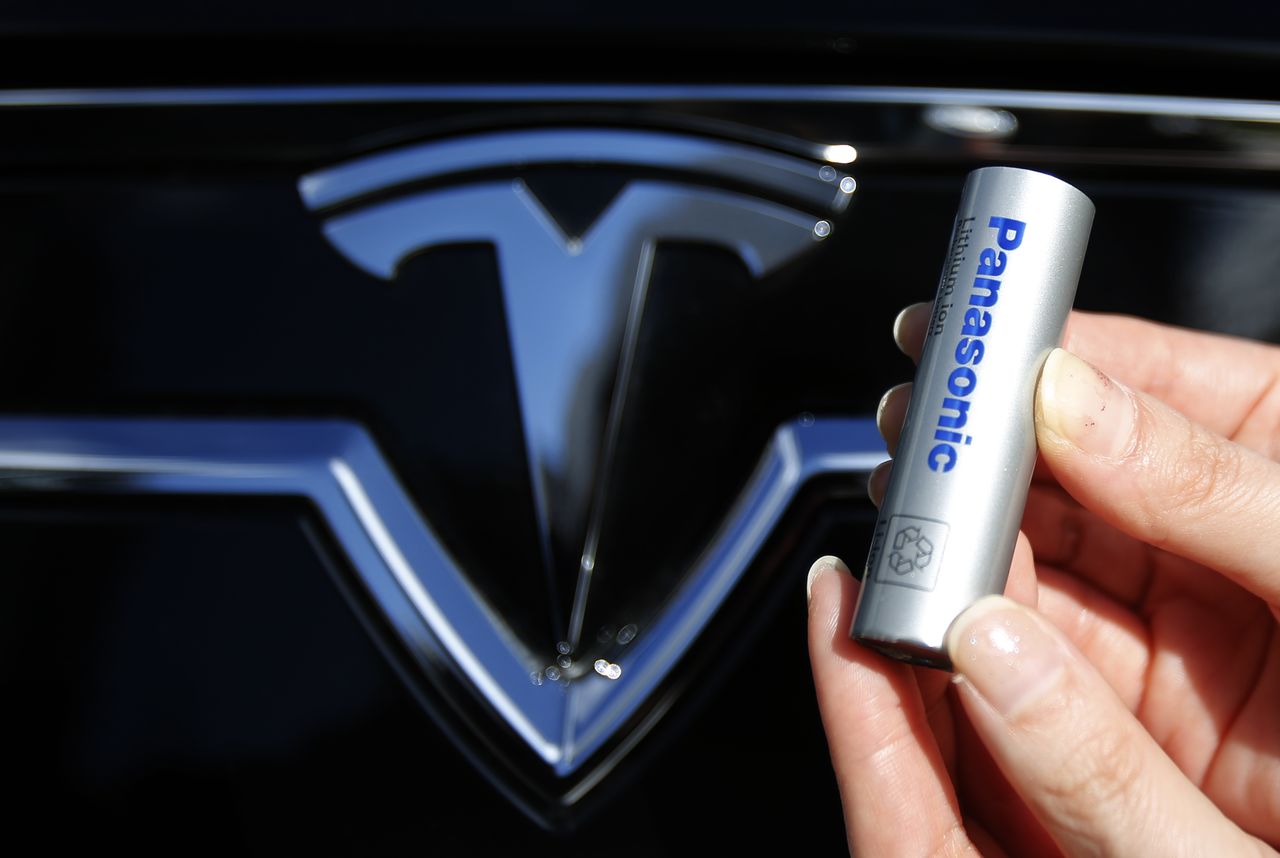 A Panasonic Corp's lithium-ion battery, which is part of Tesla Motor Inc's Model S and Model X battery packs, is pictured with Tesla Motors logo during a photo opportunity at the Panasonic Center in Tokyo, ahead of the 2013 Tokyo Motor Show, November 19, 2013. REUTERS/Yuya Shino/Files

TOKYO (Reuters) - Panasonic Corp said on Monday it will begin mass production of a new lithium-ion battery for Tesla Inc before the end of March 2024 at a plant in Japan.

Unveiled by the Japanese company in October, the 4680 format (46 millimetres wide and 80 millimetres tall) battery is around five times bigger than those currently supplied to Tesla, meaning the U.S. electric vehicle (EV) maker will be able to lower production costs.

The new powerpack is also expected to improve vehicle range, which could help Tesla lure more drivers to EVs.

Panasonic will build two new production lines at its Wakayama factory in western Japan to build the batteries, the company said in a news release.

The company did not say how much it will spend on the expansion.

The Nikkei newspaper reported earlier that Panasonic planned to invest 80 billion yen ($692 million) in the plant.