TOKYO (Reuters) - Over the last five years Yokohama-based Lasertec Corp has delivered what much of Japan Inc hasn't in decades: big pay rises.

The maker of chip-measuring equipment has boosted salaries by about a third overall since 2016. Employees at its main unit, many of them engineers, make on average just under 14 million yen ($121,000) - more than three times the national average of 4.3 million yen.

Lasertec is among a subset of Japanese firms, often in specialised areas such as technology, where pay is increasingly tied to employee performance and not determined by seniority or the base pay set in annual labour talks.

While "shunto" spring wage talks between big manufacturers and unions still have immense significance for the economy - especially this year - more firms are opting for performance-based pay, experts say, a change that speaks to a wider shift slowly taking hold in Japan. (For an EXPLAINER on the 'shunto' talks, click on)

"For companies like us, employees are valuable assets, not costs," said Yutaro Misawa, a senior executive at Lasertec, whose profit has soared nearly five-fold and shares have surged more than 2,800% over the past five years.

Attractive pay makes it easier to retain talented engineers who specialise in research and development, especially given the labour crunch as Japan's population shrinks, Misawa said.

But for much of the rest of the world's no.3 economy, wages remain lacklustre. Thanks to decades of deflation, companies, like households, tend to hoard cash instead of spending. Japanese companies now sit on a record $2.8 trillion in cash and deposits.

Higher wages are critical for the government's target of stable 2% inflation. Prime Minister Fumio Kishida has called on companies to boost salaries and kick-start a virtuous cycle of spending, as part of his platform of "new capitalism" to push for greater wealth distribution.

Renewable energy start-up Abalance Corporation has actively hired mid-career executives over the past three years, lifting the average salary in Japan by more than 30%. Its roughly 100 employees in Japan - both locals and non-Japanese - are paid on average more than 7 million yen.

"Acquiring talented people from all over the world is vital for a company's growth," said Yuichi Kawauchi, a senior executive. "If we leave things as they are and fail to show Japan as an attractive place to work, Japan will fall further behind the rest of the world."

To be sure, performance-linked pay means bonuses can get cut in a downturn - an unattractive prospect for the many Japanese workers who prize stability. Unions typically seek incremental increases to base pay, which is permanent.

That won't be enough to keep up with recent spikes in commodity costs, analysts say, eroding household spending power.

The consulting firm allows staff to work shorter hours to encourage them to raise children.

Japan's labour talks will eventually shift from uniform hikes in base pay towards more flexible wages that reflect the market value of workers, said Yuya Takada, a researcher at recruitment and staffing firm Recruit Holdings Co.

Even Toyota Motor Corp, itself the long-time pace-setter of the spring labour talks, has stopped disclosing details of base pay, highlighting the gradual decline in importance of the labour talks.

Seniority-based pay will become a thing of the past, Recruit's Takada said.

"That'll lower the significance of the way management and unions struggle for base pay hikes at annual rituals." 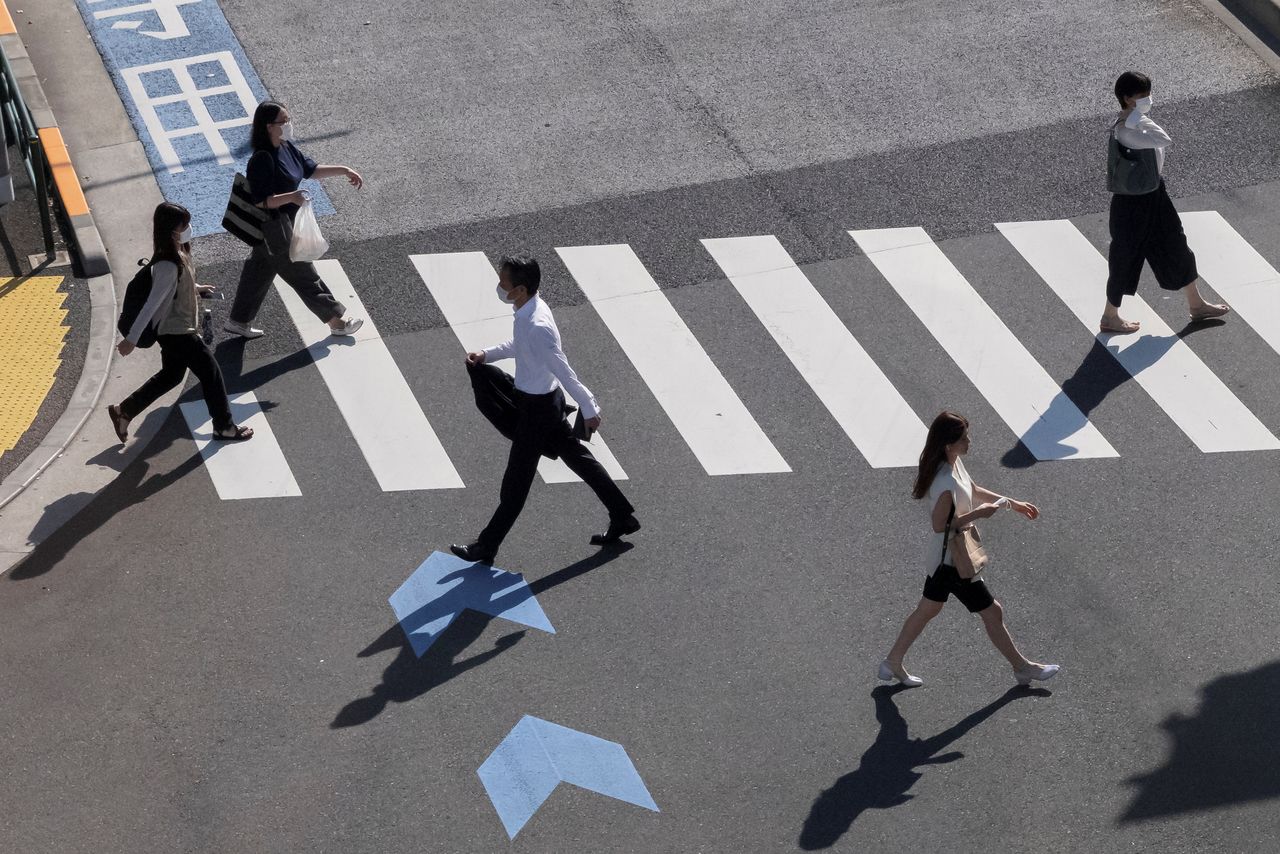 People cross a street ahead of the Tokyo 2020 Olympic Games, that have been postponed to 2021 due to the coronavirus disease (COVID-19), in Tokyo, Japan, July 21, 2021. REUTERS/Thomas Peter 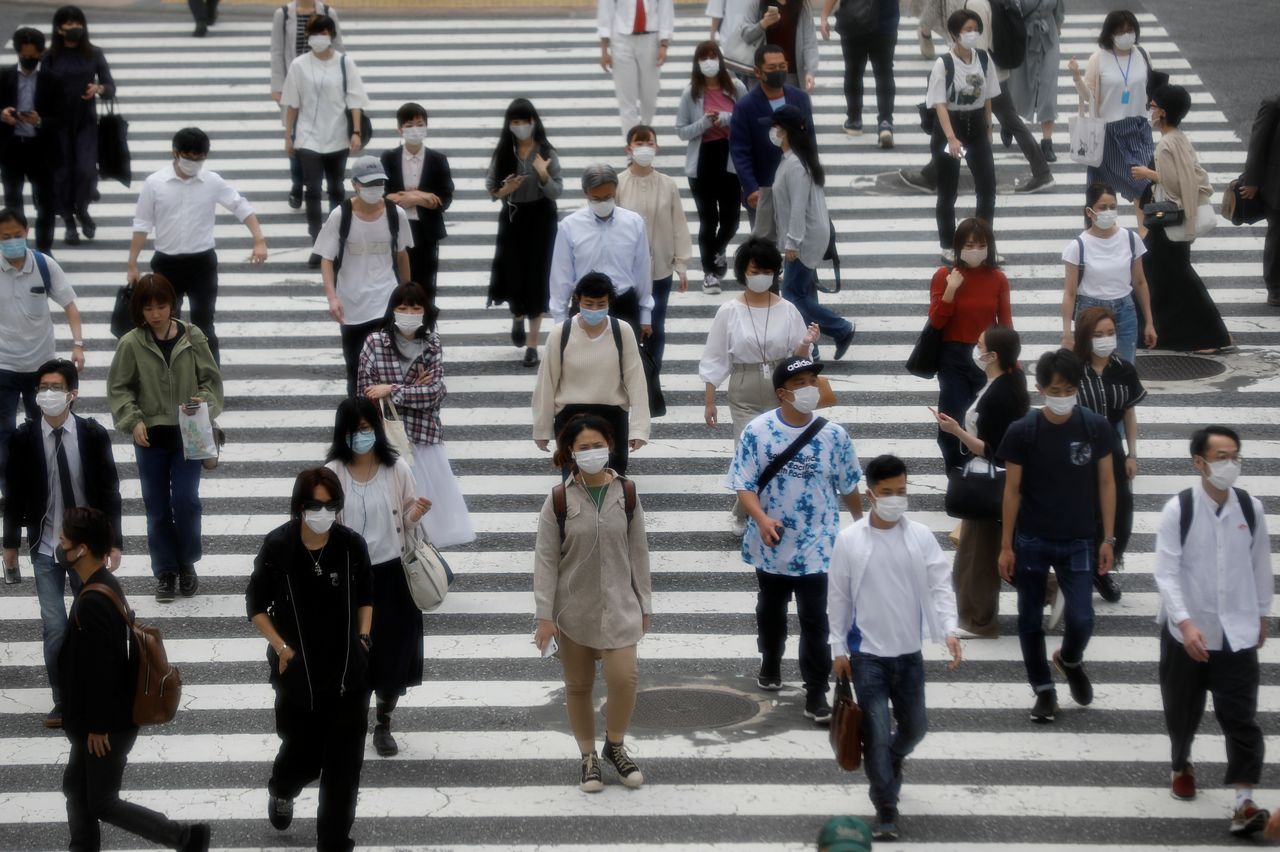