By Makiko Yamazaki and Junko Fujita

New interim CEO Taro Shimada said, however, that the company would continue to pursue its current break-up plan as it had been approved by the board.

Initial plans announced last year by the scandal-ridden conglomerate to split into three had been much criticised by foreign hedge fund shareholders - many of which favour a sale to a private equity firm. But a revised plan last month that called for a breakup into two companies and the sale of other businesses also met with internal dissent, according to two sources familiar with the matter.

There were fears within Toshiba that its planned sale of units such as its elevator business would leave the company only with low-margin businesses, said the sources who were not authorised to speak to media and declined to be identified.

Asked about internal opposition, Toshiba said it firmly believes its announced reorganization plan is the best option for the company but declined to comment further.

For some observers, the departure of Tsunakawa as well as that of Mamoru Hatazawa, a board member who had pushed to split up the company, add to doubts about whether Toshiba will be able to press ahead with the plans to break up.

"The split plan will be reviewed - we think there is a chance it is scrapped," said Justin Tang, head of Asian research at investment advisor United First Partners in Singapore.

The appointment of Shimada, a former Siemens AG executive who only joined in 2018, represents a significant changing of the guard at Toshiba, helping the company's shares end 2% higher.

The board will monitor the performance of the new appointees and the status of business execution and "where appropriate, the board will continue its deliberations, toward appointing external candidates," it said in a statement.

While Tsunakawa had stepped back into the CEO role on an interim basis and had said he did not expect to be in the position long-term, the timing of the announcement was a surprise.

Raymond Zage, head of Toshiba's nomination committee, said the new appointments had been made at this time after some shareholders had voiced concerns that management had not appeared able to proceed with the firm's restructuring plans in a timely manner.

An extraordinary general meeting that will seek initial shareholder approval for the revised breakup plan has been set for March 24. Shareholders will also vote on a major shareholder's proposal that Toshiba explore other options and solicit buyout offers from private equity firms.

The original break-up plan was announced last November after a five-month strategic review following years of accounting scandals and governance issues that undermined investor confidence and saw Toshiba's market value more than halve, to around $18 billion, from an early 2000s peak. 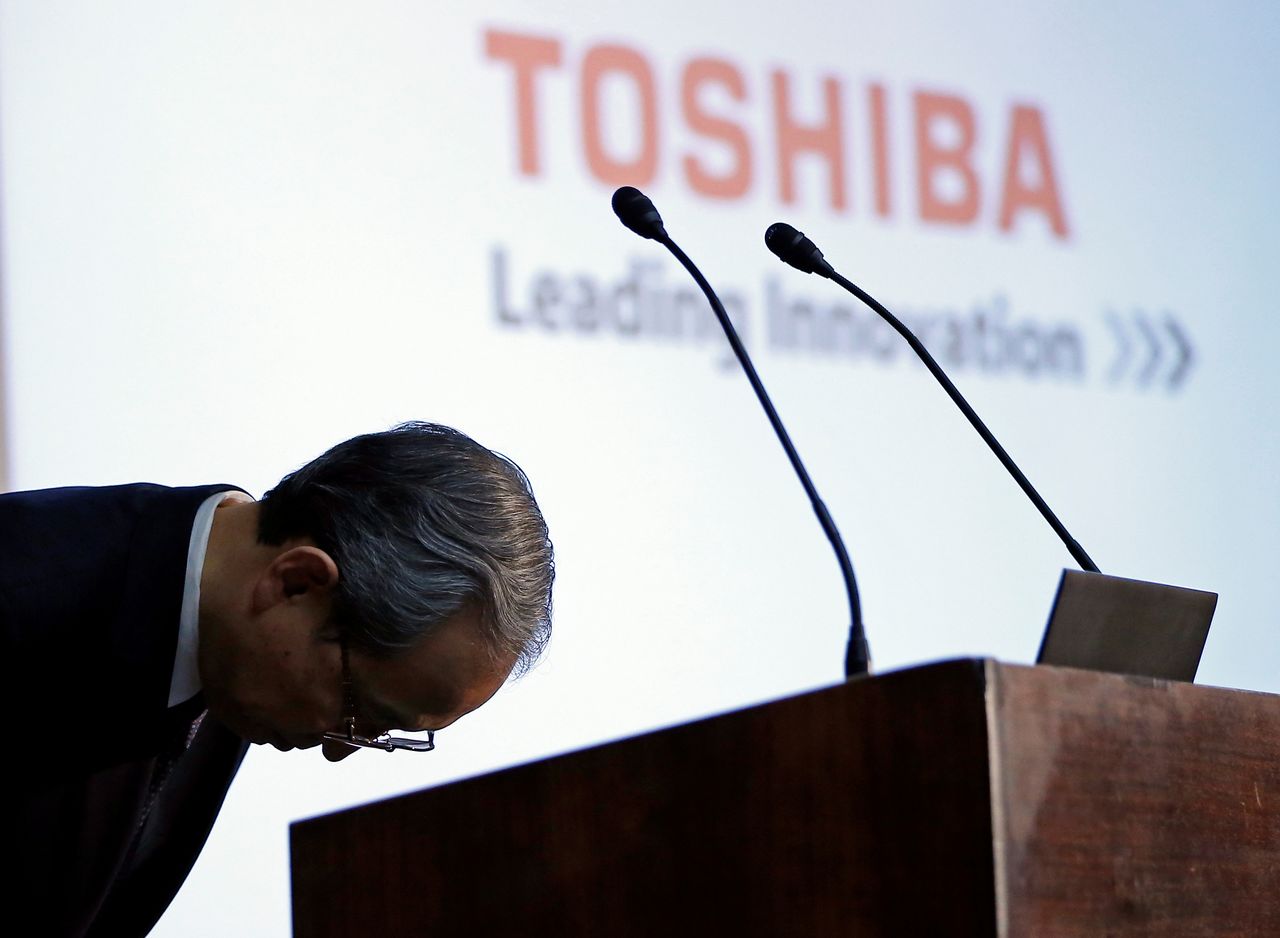 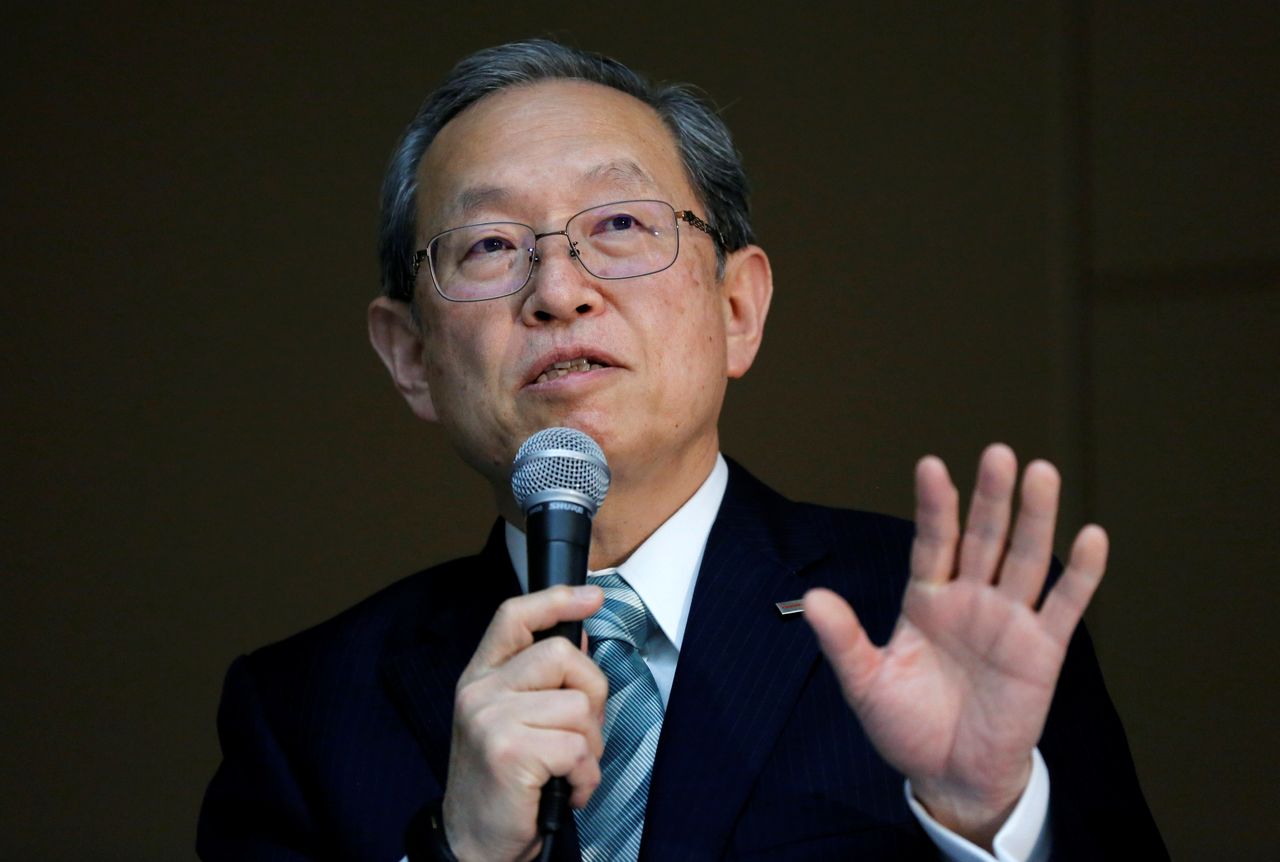 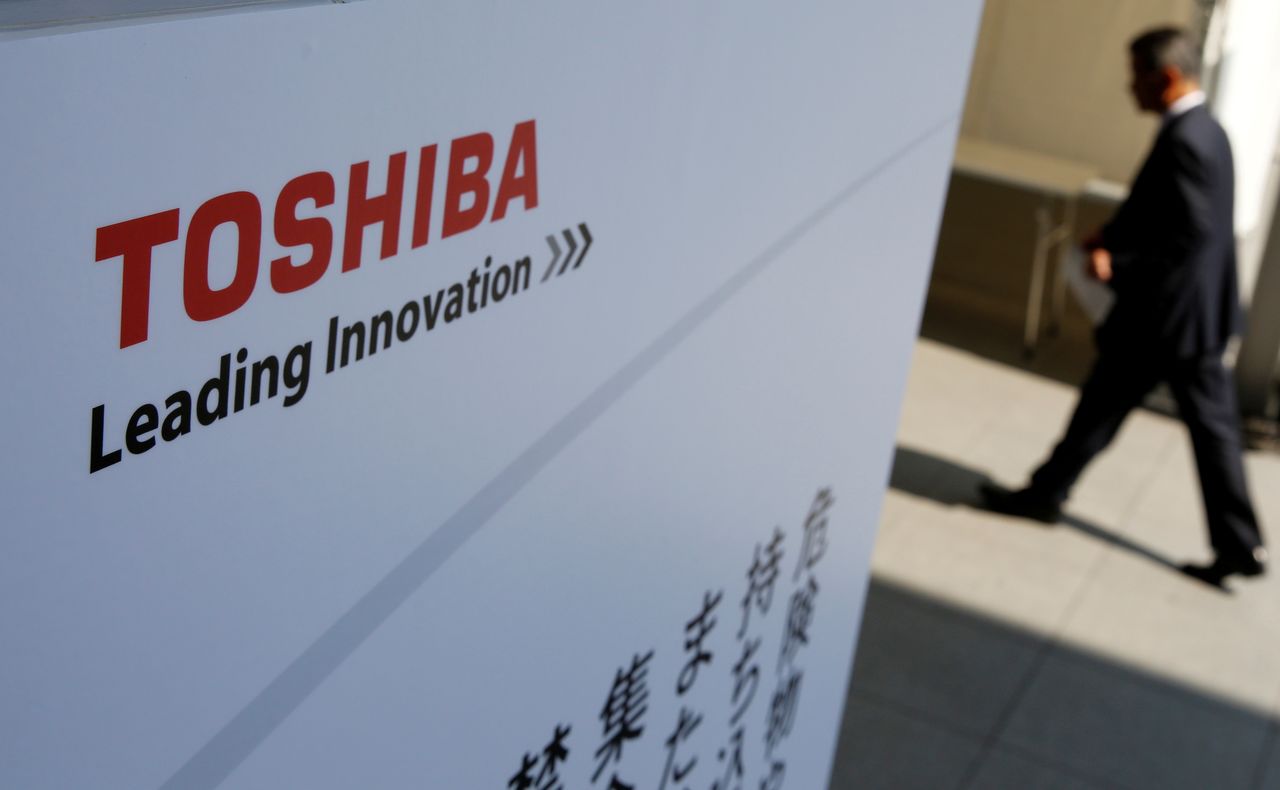 FILE PHOTO: The logo of Toshiba is seen as a shareholder arrives at an extraordinary shareholders meeting in Chiba, Japan, March 30, 2017. REUTERS/Toru Hanai