Japan to take action on energy projects in Russia in line with G7, says industry minister 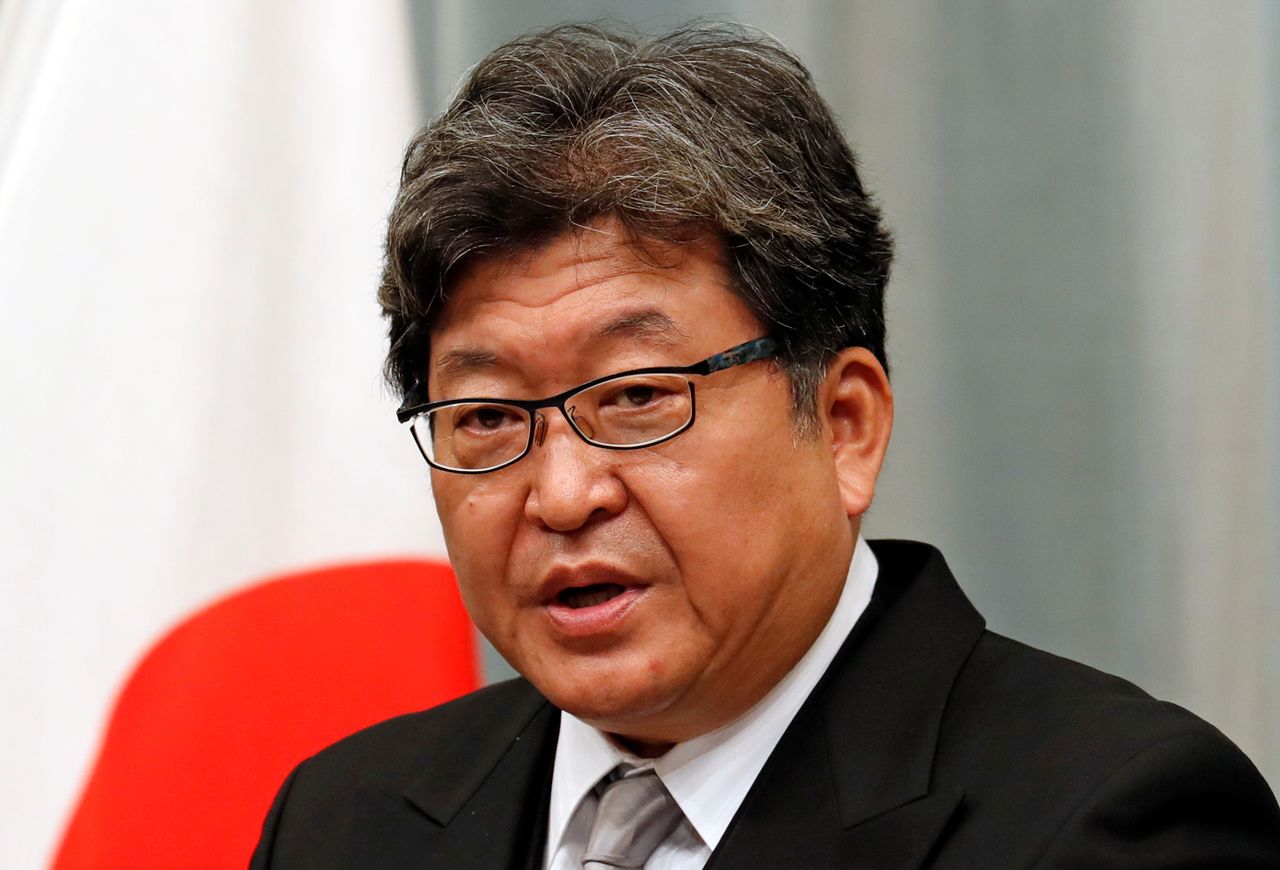 TOKYO (Reuters) - Japan said on Tuesday it would will take "appropriate action" on energy projects in Russia involving Japanese state-owned companies, as major Western oil companies led a withdrawal from Russia in the wake of the invasion of Ukraine.

Industry minister Koichi Hagiuda told a news conference that Japan's decisions would be based on understandings reached in discussions with G7 nations and other governments over how to respond to the invasion, which Russia calls a "special military operation."

Shell became the latest major Western energy company to quit Russia, saying on Monday that it would exit all its Russian operations, including a major liquefied natural gas (LNG) plant, Sakhalin 2 LNG plant, in which Japanese companies hold stakes.

"We will take appropriate action on the energy projects in Russia in which JOGMEC and NEXI are involved, based on the discussions with G7 and other countries," Hagiuda told a news conference, referring to state owned Japan Oil, Gas and Metals National Corp (JOGMEC) and Nippon Export and Investment Insurance (NEXI).

Japanese trading houses Mitsui & Co and Mitsubishi Corp, which own stakes of 12.5% and 10% in Sakhalin 2 project respectively, said separately that they are examining Shell's announcement. They said they would consider the situation with the Japanese government and partners for the project, without giving any further details.

The Japan Arctic LNG consortium made up of JOGMEC and Mitsui owns a 10% stake in the Arctic LNG 2 project in Russia. The project is led by Russian gas producer Novatek and is scheduled to start production next year.

Hagiuda said he would attend an extraordinary ministerial meeting by the International Energy Agency (IEA) later on Tuesday to discuss what role its members can play in stabilising oil markets roiled by fears of shortfalls in supplies from Russia.

"We want to work closely with the IEA member countries on oil reserves and other issues," he said.

He has said Japan would release oil from its national reserves as needed in cooperation with the IEA and relevant countries.