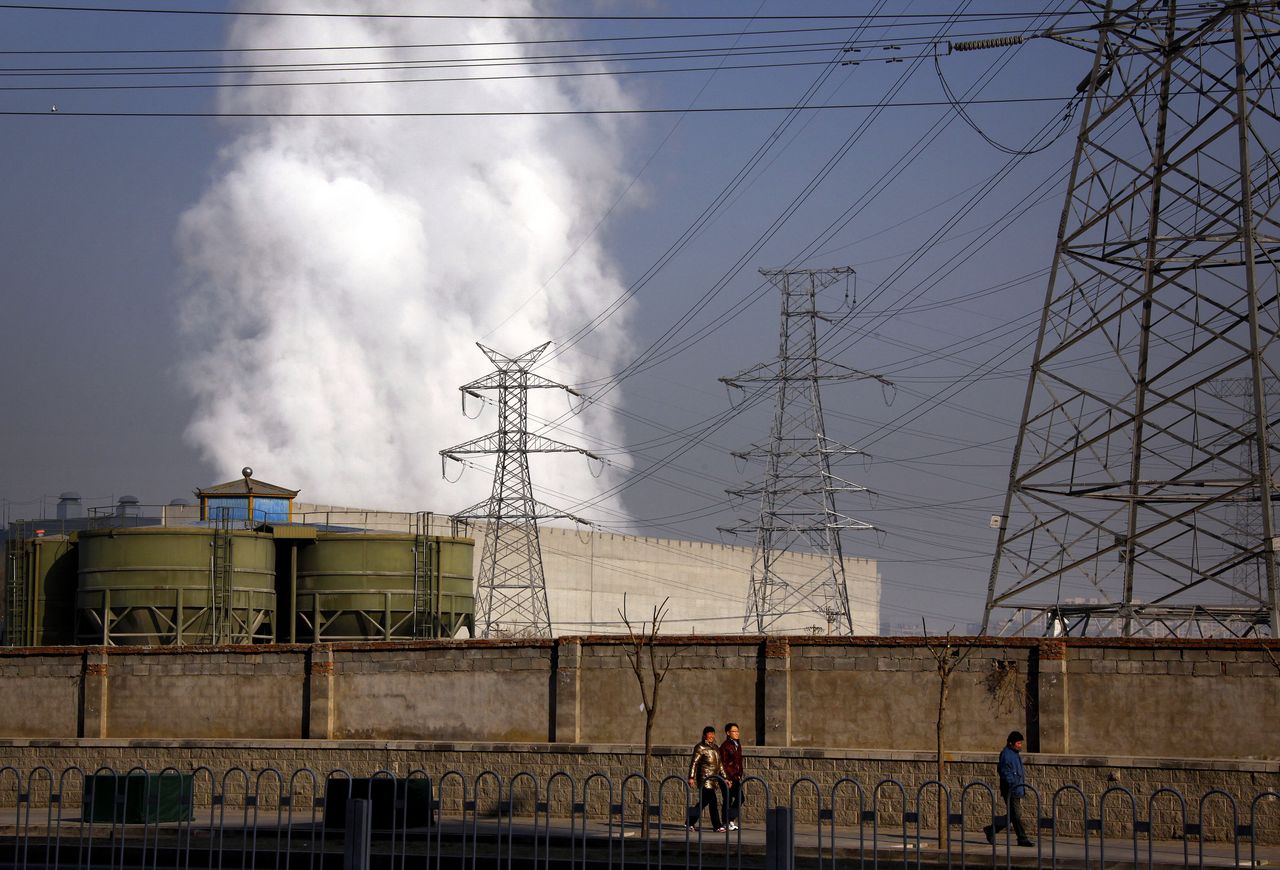 Pedestrians walk along a footpath in front of a massive chimney billowing smoke for a coal-burning power station in central Beijing January 12, 2012. REUTERS/David Gray/Files

LONDON (Reuters) - The corporate world remains far from being aligned with global climate goals, and in some countries has gone backwards since a landmark agreement to cap global warming was signed in 2015, data shows.

Limiting the world's temperature rise to 1.5 degrees Celsius above the pre-industrial average by mid-century was crucial in order to avoid irreversible damage to the planet, U.N. climate scientists warned on Monday.

The corporate world was not moving fast enough towards this target by reducing their greenhouse gas emissions, warned Arabesque, a corporate sustainability data firm and asset manager, in an annual analysis of the world's main markets.

To reach that target, emissions need to drop by around 45% by 2030; yet, across the globe, they continue to rise.

On average, only about a fifth to a quarter of companies across the markets was on course to hit the global target, Arabesque Chief Executive Daniel Klier said, even as more boards pledge to do so amid growing regulatory and investor pressure to act.

In two markets, Germany's DAX 40 and India's BSE 30, the percentage of companies on course with their emissions reductions toward meeting that 1.5-degree target has actually regressed in the six years since the Paris Agreement was signed, data shared exclusively with Reuters showed.

"Broadly across the world, there's not a lot of progress," said Klier. "If we want to maintain a world that is liveable, we need to deliver a 1.5 degree pathway. At the moment there are only really 20-25% of companies that fulfil the criteria."

"It's increasingly important that capital shifts to those companies which are really delivering, versus companies that have the right ambition but which don't show the right progress."

Despite the sobering performance of the world's biggest listed companies - responsible for the lion's share of global emissions - there were signs of improvement in corporate disclosures.

The figures for the analysis were created by scientifically modelling corporate climate data collated in the 'ESG Book', a digital source of sustainability data backed by some of the world's top investors, regulators and companies, including HSBC and Deutsche Bank.

Companies that did not disclose their climate impact were scored as contributing a default 3-degrees-Celsius temperature rise.