(Reuters) - Companies have taken action to limit, put on hold or exit business activities in Russia following a wave of sanctions imposed after Moscow's invasion of Ukraine.

Below is a list of companies that have announced plans to exit Russia or to curb activities there:

Daimler Truck said it would freeze its business activities in Russia straight away, including its cooperation with Russian truck maker Kamaz. Its pre-spinoff parent company, Mercedes-Benz Group, is looking to divest its 15% stake in Kamaz as soon as possible.

Japan's Mitsubishi Motors said it may suspend production and the sale of its cars in Russia.

French carmaker Renault will suspend some operations at assembly plants in Russia next week.

Harley-Davidson Inc said it had suspended its business and shipments of bikes to Russia.

Germany's BMW has halted the export of cars to Russia and said it would stop production there.

Honda Motor said it has suspended automobile and motorcycle exports to Russia.

Japan's Mazda will suspend exports of auto parts to its Russian plant, Nikkei reported on Tuesday.

Airbus stopped sending spare parts to Russia and supporting Russian airlines, but is analyzing whether its Moscow engineering centre can continue to serve local customers.

Global bank HSBC is winding down relations with a host of Russian banks.

Raiffeisen Bank International (RBI) is looking into leaving Russia, two people with knowledge of the matter told Reuters. A spokesperson said RBI had no plans to quit Russia.

Dubai's Mashreqbank has stopped lending to Russian banks and is reviewing its exposure, two sources familiar with the matter told Reuters.

France's TotalEnergies said it would no longer provide capital for new projects in Russia.

BP is abandoning its 19.75% stake in Russian oil giant Rosneft, while Shell said it would exit all its Russian operations.

Denmark's Orsted has stopped buying Russian coal and biomass but will continue its long-term natural gas contract with Gazprom.

Exxon Mobil will exit Russian oil and gas operations that it has valued at more than $4 billion.

Austrian energy group OMV scrapped plans to take a stake in a Gazprom gas field project and is reviewing its role in the Nord Stream 2 gas pipeline.

Global commodities trader, Trafigura said it has frozen investments in Russia and is reviewing its 10% stake in Rosneft's Vostok Oil project in the Arctic.

Some companies have opted to stay for now.

Halliburton's Eurasia unit operates in Russia and Ukraine. It warned in February that it could be restricted by U.S. or EU sanctions.

German utility Uniper has a $1 billion exposure to Nord Stream 2. Together with its controlling shareholder Fortum they own 12 power plants in Russia and employ 7,000 people there.

Oilfield services company Schlumberger has a number of deals and agreements in Russia, including with Rosneft, Gazprom Neft and Lukoil

A consortium of Vitol and Mercantile & Maritime bought a 5% stake in Vostok Oil for 3.5 billion euros last year.

Swedish engineering group Sandvik is suspending its operations in Russia, while peer Atlas Copco halted all deliveries to the country.

Norsk Hydro will not enter into new contracts linked to Russian producers until further notice and is looking at potentially freezing existing commercial relations.

Siemens suspended all new business and international deliveries to Russia but will continue local service and maintenance activities in compliance with the sanctions, a company spokesperson confirmed.

Container shipping company Ocean Network Express has suspended bookings to and from Russia.

Shipping group Maersk will temporarily halt all container shipping to and from Russia.

Shipping company MSC has stopped bookings to and from Russia but will still accept food and humanitarian cargoes.

Adidas has suspended its partnership with the Russian Football Union with immediate effect.

Nike has made merchandise purchases on its website and app unavailable in Russia as it cannot guarantee delivery.

Puma has stopped deliveries to Russia although its 100 stores in the country are open.

H&M, the world's second-biggest fashion retailer, has temporarily suspended all its sales in Russia.

Nokia will stop deliveries to Russia to comply with sanctions.

Finnish tyre maker Nokian Tyres is shifting production from Russia to Finland and the United States.

Stora Enso has stopped imports and exports to and from Russia, and production and sales in the country. 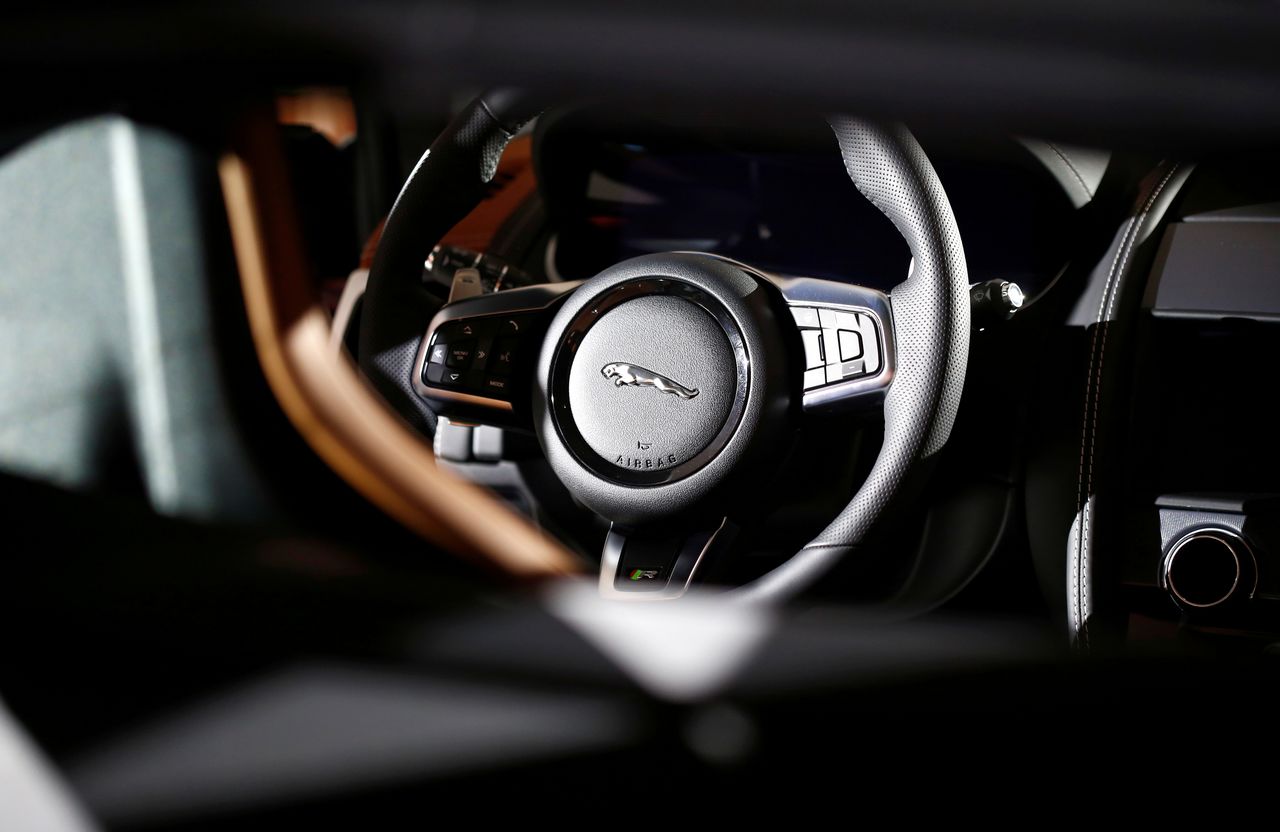 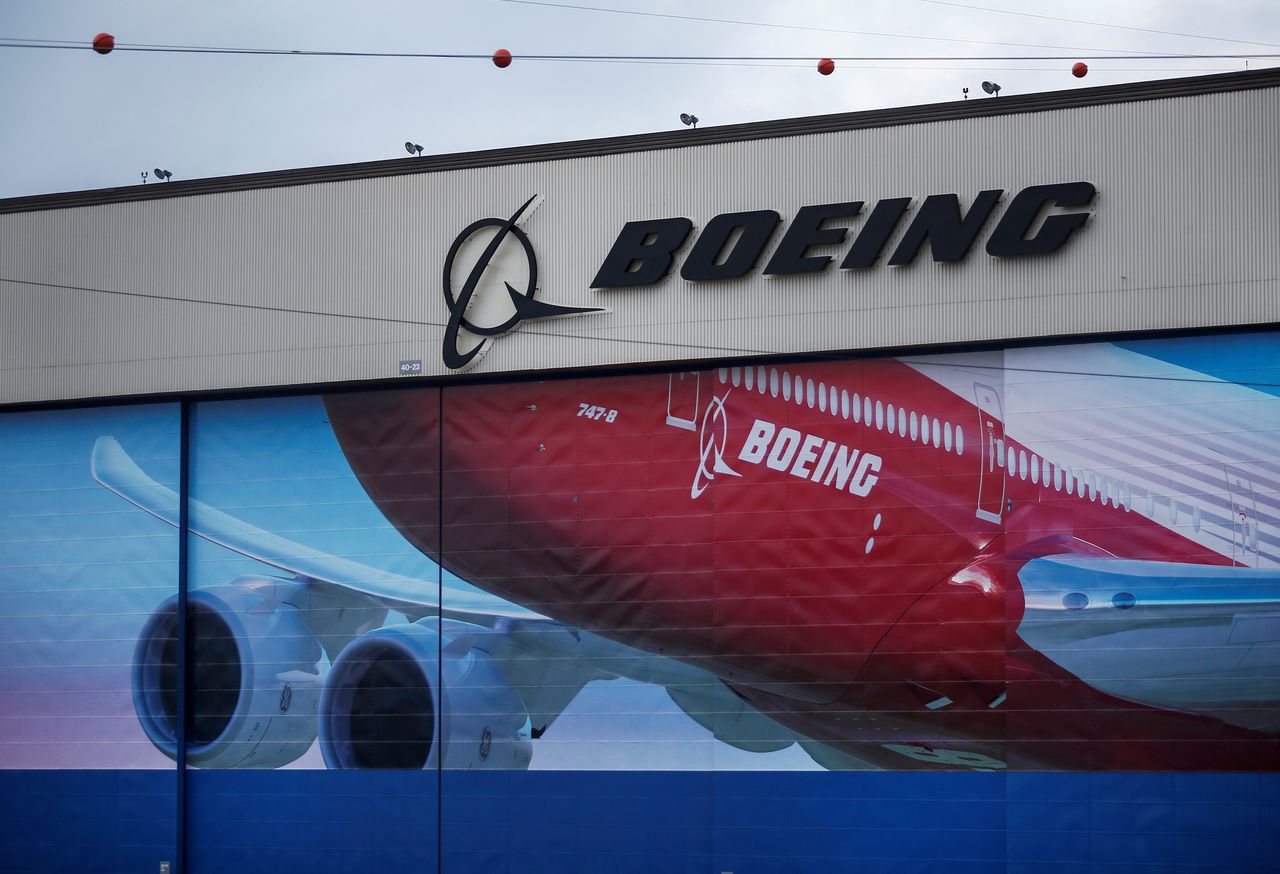 FILE PHOTO: A Boeing logo is seen at the company's facility in Everett after it was announced that their 777X model will make its first test flight later in the week in Everett, Washington, U.S. January 21, 2020. REUTERS/Lindsey Wasson/File Photo