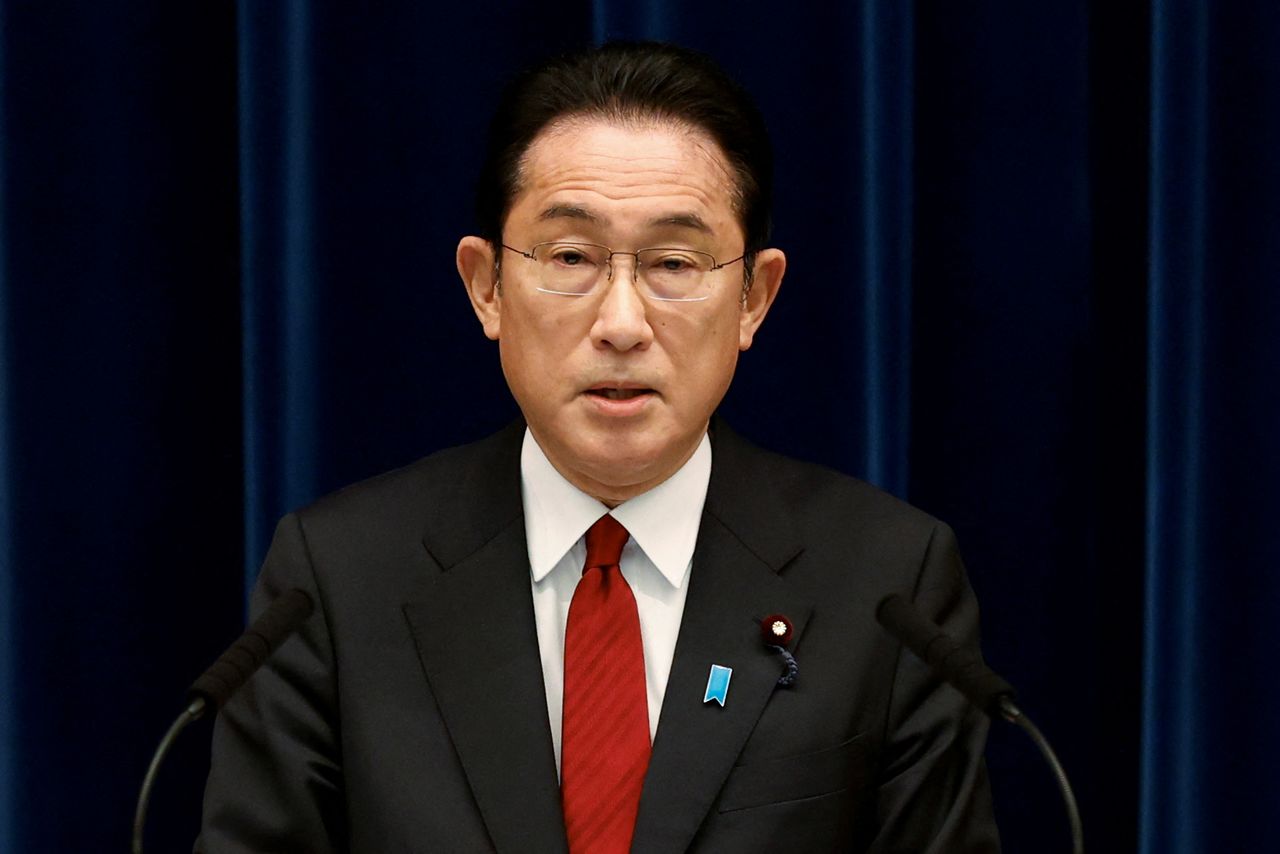 TOKYO (Reuters) -Japan is ready to take in Ukrainians fleeing Russia's invasion, Prime Minister Fumio Kishida said on Wednesday, adding that he had made the pledge during a phone conversation with his Polish counterpart Mateusz Morawiecki.

The United Nations has estimated that close to 700,000 people have fled Ukraine to neighbouring countries since the invasion began nearly a week ago, in what the UN Refugee Agency says looks set to become Europe's largest refugee crisis this century. Around half of the refugees are currently in Poland.

"To demonstrate solidarity with the Ukrainian people, we will proceed to accept those who are seeking refuge in a third country," Kishida said after the call, adding that the initial focus would be on people with relatives or friends in Japan.

"To strongly back Ukraine, we will strengthen coordination with the G7 (Group of Seven main industrialised countries) and the international community," he told reporters.

Kishida also spoke by phone on Wednesday with German President Frank-Walter Steinmeier and said the two countries would work closely on the crisis.

Japan has joined Western countries in slapping economic sanctions on Russia over the invasion, which Moscow calls a "special military operation".