Factbox-What is the chain of command for potential Russian nuclear strikes? 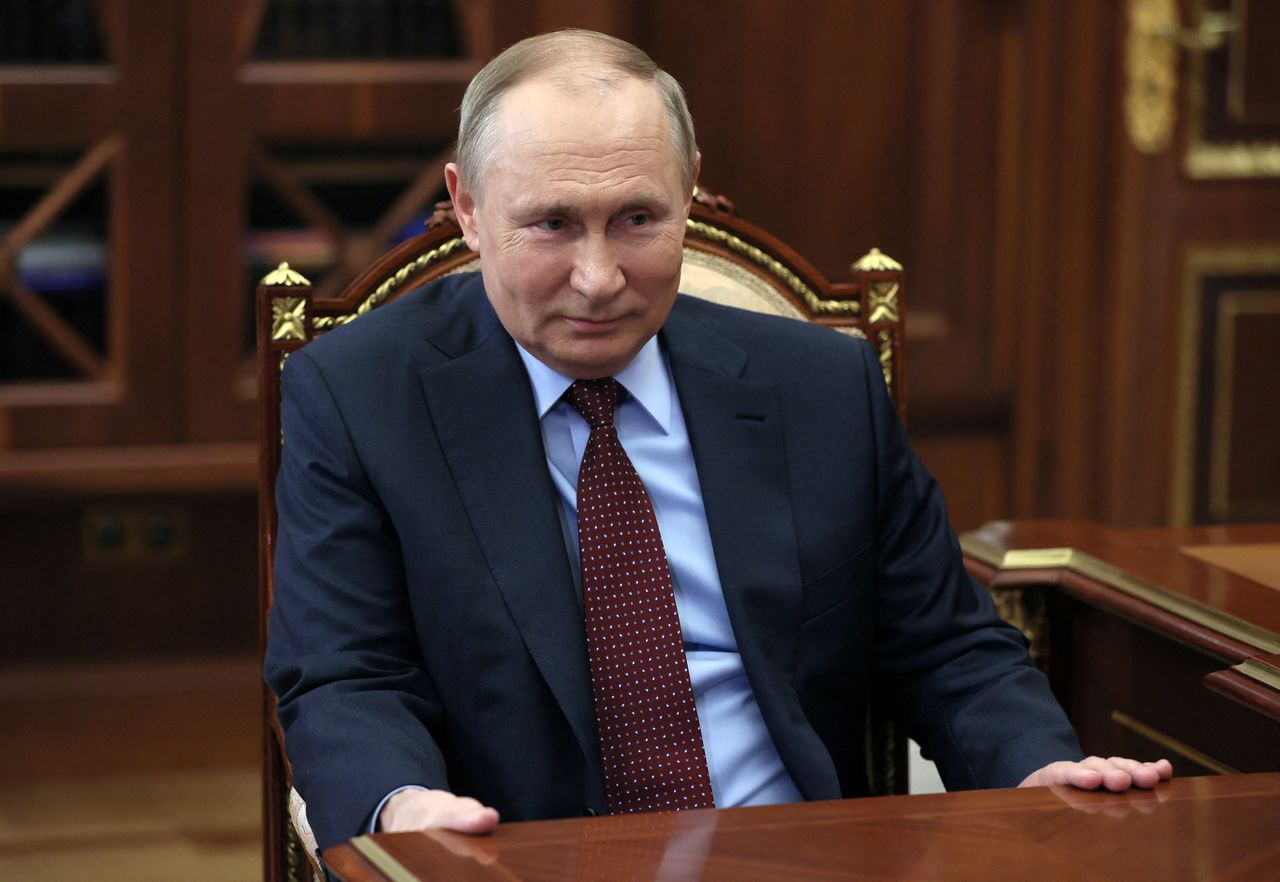 Russian President Vladimir Putin attends a meeting with the head of the Russian Union of Industrialists and Entrepreneurs Alexander Shokhin in Moscow, Russia March 2, 2022. Sputnik/Mikhail Klimentyev/Kremlin via REUTERS

(Reuters) - Russian President Vladimir Putin said at the weekend that his nation's nuclear forces should be put on high alert, raising fears that Russia's invasion of Ukraine could lead to nuclear escalation.

Here is how Russia's chain of command would work in the event of a nuclear weapon launch.

A 2020 document https://archive.mid.ru/en/web/guest/foreign_policy/international_safety/disarmament/-/asset_publisher/rp0fiUBmANaH/content/id/4152094 called "Basic Principles of State Policy of the Russian Federation on Nuclear Deterrence" says the Russian president takes the decision to use nuclear weapons.

A small briefcase, known as the Cheget, is kept close to the president at all times, linking him to the command and control network of Russia's strategic nuclear forces. The Cheget does not contain a nuclear launch button but rather transmits launch orders to the central military command - the General Staff.

IF PUTIN GIVES THE NUCLEAR ORDER, WHAT HAPPENS?

The Russian General Staff file:///C:/Users/8011323/Downloads/FOIR1588.pdf has access to the launch codes and has two methods of launching nuclear warheads. It can send authorisation codes to individual weapons commanders, who would then execute the launch procedures. There is also a back-up system, known as Perimetr, which allows the General Staff to directly initiate the launch of land-based missiles, bypassing all the immediate command posts.

Putin said at the weekend that the nation's nuclear forces should be put on high alert. The following day, Russia's defence ministry announced that its nuclear missile forces had been placed on "enhanced" combat duty.

The phrase enhanced, or special, combat duty does not appear in Russia's nuclear doctrine, leaving military experts puzzled over what it might mean.

Pavel Podvig, a senior researcher at the United Nations Institute for Disarmament Research in Geneva, said on Twitter that the order might have activated Russia's nuclear command and control system, essentially opening communication channels for any eventual launch order. Alternatively, he said it might just mean the Russians added staff to their nuclear facilities.

DO THE RUSSIANS HAVE RULES ON NUCLEAR LAUNCHES?

The 2020 doctrine presents four scenarios which might justify the use of Russian nuclear weapons:

-- the use of nuclear weapons or weapons of mass destruction against Russia or its allies;

-- data showing the launch of ballistic missiles aimed at Russia or its allies;

-- an attack on critical government or military sites that would undermine the country's nuclear forces response actions;

-- the use of conventional weapons against Russia "when the very existence of the state is in jeopardy".

WHAT NUCLEAR CAPABILITIES DOES RUSSIA HAVE?

The Federation of American Scientists https://fas.org/issues/nuclear-weapons/status-world-nuclear-forces estimates that Russia has 5,977 nuclear warheads, more than any other country. Of these, 1,588 are deployed and ready for use. Its missiles can be fired from the land, by submarines and by airplanes. Putin oversaw a coordinated test of Russia's nuclear forces on Feb. 19 shortly before ordering troops into Ukraine.

HAS RUSSIA EVER USED A NUCLEAR WEAPON IN WAR?

No. To date, the only use of nuclear weapons during conflict was the atomic bombs dropped on the Japanese cities of Hiroshima and Nagasaki by the United States in 1945, at the end of World War Two.