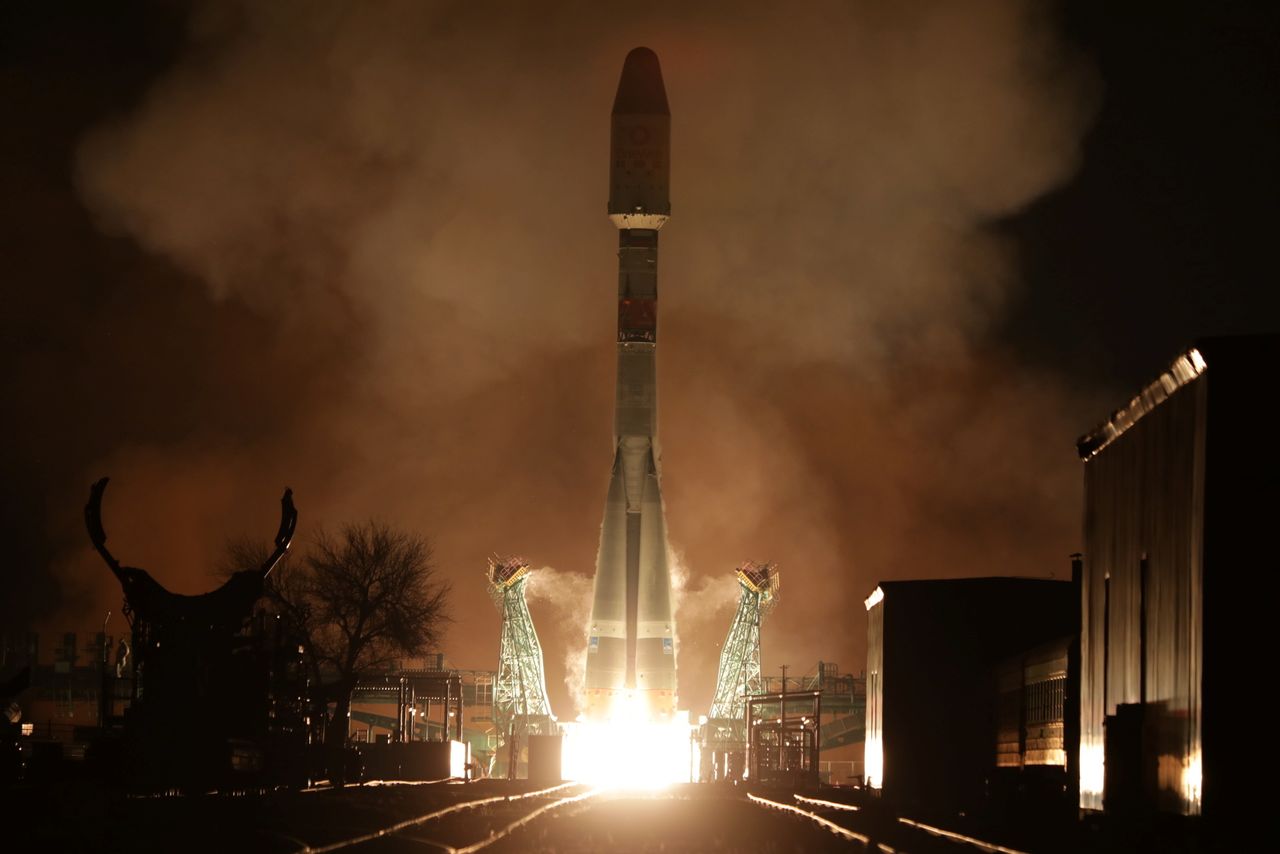 FILE PHOTO: A Soyuz-2.1b rocket booster with a Fregat upper stage and satellites of British firm OneWeb blasts off from a launchpad at the Baikonur Cosmodrome, Kazakhstan December 27, 2021. Roscosmos/Handout via REUTERS

LONDON (Reuters) - British satellite company OneWeb said on Thursday it was suspending all launches from Russia's Baikonur Cosmodrome in Kazakhstan after Moscow's space agency demanded guarantees that its technology would not be used for military purposes.

The British government, which owns a stake in OneWeb, said it supported the decision.

"In light of Russia's illegal and unprovoked invasion of Ukraine, we are reviewing our participation in all further projects involving Russian collaboration," the government said.

A Soyuz rocket carrying 36 OneWeb satellites was lifted onto a launchpad at the Baikonur Cosmodrome on Wednesday, according to pictures issued by Russia's space agency Roscosmos.

Roscosmos head Dmitry Rogozin said on Wednesday that his agency wanted OneWeb to provide guarantees that its satellites are not going to be used against Russia, according to an Interfax report.

Without these, Rogozin said Russia would cancel Friday's planned launch from the Baikonur cosmodrome, which Russia rents from Kazakhstan, without compensating OneWeb, the Russian news agency reported.

OneWeb, which will offer broadband via a constellation of 650 satellites, was rescued from bankruptcy by Britain and Bharti Global in 2020. Eutelsat and SoftBank have also invested.

Elon Musk, the billionaire chief executive of SpaceX, has donated Starlink satellite internet terminals to Ukraine, where internet connections have been disrupted due to the Russian invasion.