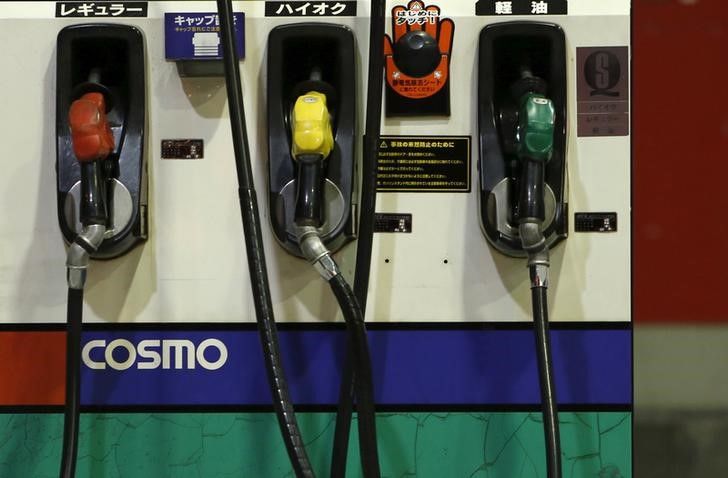 a private estimate showed in a sign of the damage the Ukraine crisis is inflicting on the economy's fragile recovery.

The war in Ukraine has pushed oil prices to multi-year highs with the U.S. West Texas Intermediate (WTI) crude hitting $116.57 per barrel on Thursday, the loftiest since 2008 and up 30% from a low hit in February.

Rising fuel costs will likely deal an additional blow to Japan's economy, which has lagged other countries in recovering from the impact of the COVID-19 pandemic.

A $50 rise in WTI crude will knock 13.7 trillion yen ($118.4 billion) off Japan's nominal GDP and 7.5% off total corporate profits, analysts at Mizuho Securities wrote in a research note.

It will also push Japan's real GDP down by 0.3% with households hit hard, according to the note released on Thursday.

"While energy and food prices may rise, such moves could weigh on Japan's economy if they hurt corporate profits and household income," Bank of Japan board member Junko Nakagawa said on Thursday, underscoring policymakers' growing alarm among over the fallout from the Ukraine crisis.