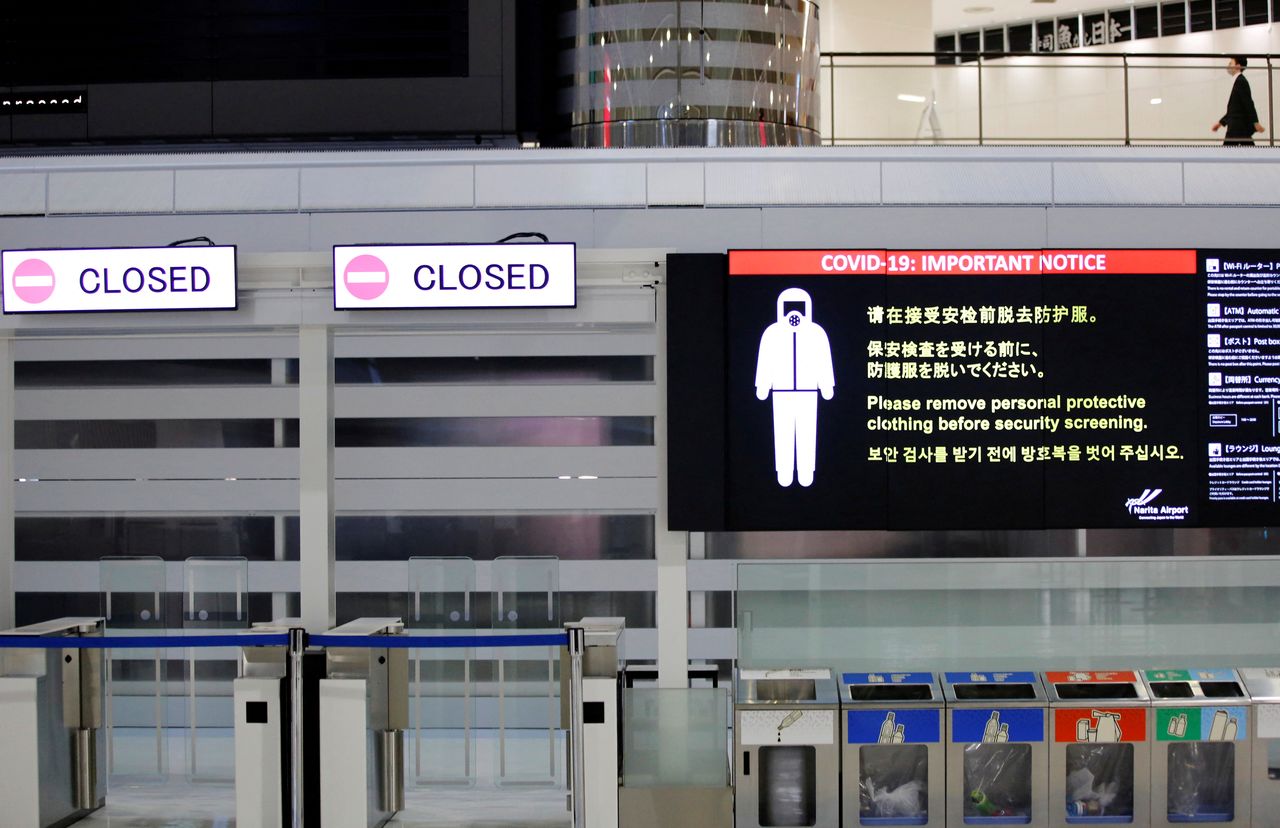 By Kiyoshi Takenaka and Kantaro Komiya

TOKYO (Reuters) - Japan's prime minister indicated on Thursday that the country will impose more sanctions on Russia including a possible airspace ban, and he promised support for Japanese households and companies over looming price rises.

"As for additional measures including a ban on Russian airplanes in Japan's airspace, we need to take appropriate steps while working with the G7 and international community," Prime Minister Fumio Kishida told a press conference.

After its invasion of Ukraine, Russian carriers have now been banned from the airspace of the United States, the European Union and Canada.

To help cushion the impact of rising fuel costs at home, Kishida said the government would use more than 360 billion yen ($3.1 billion) from its emergency reserves, adding that further details would be announced on Friday.

He also warned of broad-based price increases beyond rising energy costs and said he would ask ministers to sketch plans to address inflation in various areas.

As Japan has joined other nations in imposing sanctions on Russia, Kishida said Tokyo had decided to freeze the assets of Russian oligarchs and reiterated that it was ready to take in Ukrainian refugees.

Kishida said Russian leader Vladimir Putin's comment that Moscow's nuclear deterrent was on high alert was "outrageous" in Japan, the only country to be bombed with a nuclear weapon.

"I believe threats with nuclear weapons.. should never ever be allowed," he said.

During the news conference, Kishida also said Japan would loosen border controls to allow more people to enter the country, especially students, while extending infection control measures to limit the spread of the coronavirus in several areas, including Tokyo.

The country will this month raise the number of people who can enter Japan to 7,000 a day from 5,000 at present, he added, while exempting students from the daily limit and treating them as a separate category.

The further easing of the country's strict border measures comes amid criticism that Tokyo's calibrated approach allowed only a trickle of foreigners.

Some 150,000 foreign students have been kept out of Japan since 2020, along with workers desperately needed by an ageing nation with a shrinking population, prompting warnings of labour shortages and damage to Japan's international reputation.

While the number of new COVID-19 cases has started to fall, hospitals remain under stress as they battle the Omicron coronavirus variant. February was also Japan's deadliest month of the pandemic so far, with 4,856 fatalities, according to a tally by national broadcaster NHK.

Kishida said the virus curbs including shorter hours at eateries and bars would be extended for another two weeks for 18 regions including Tokyo.