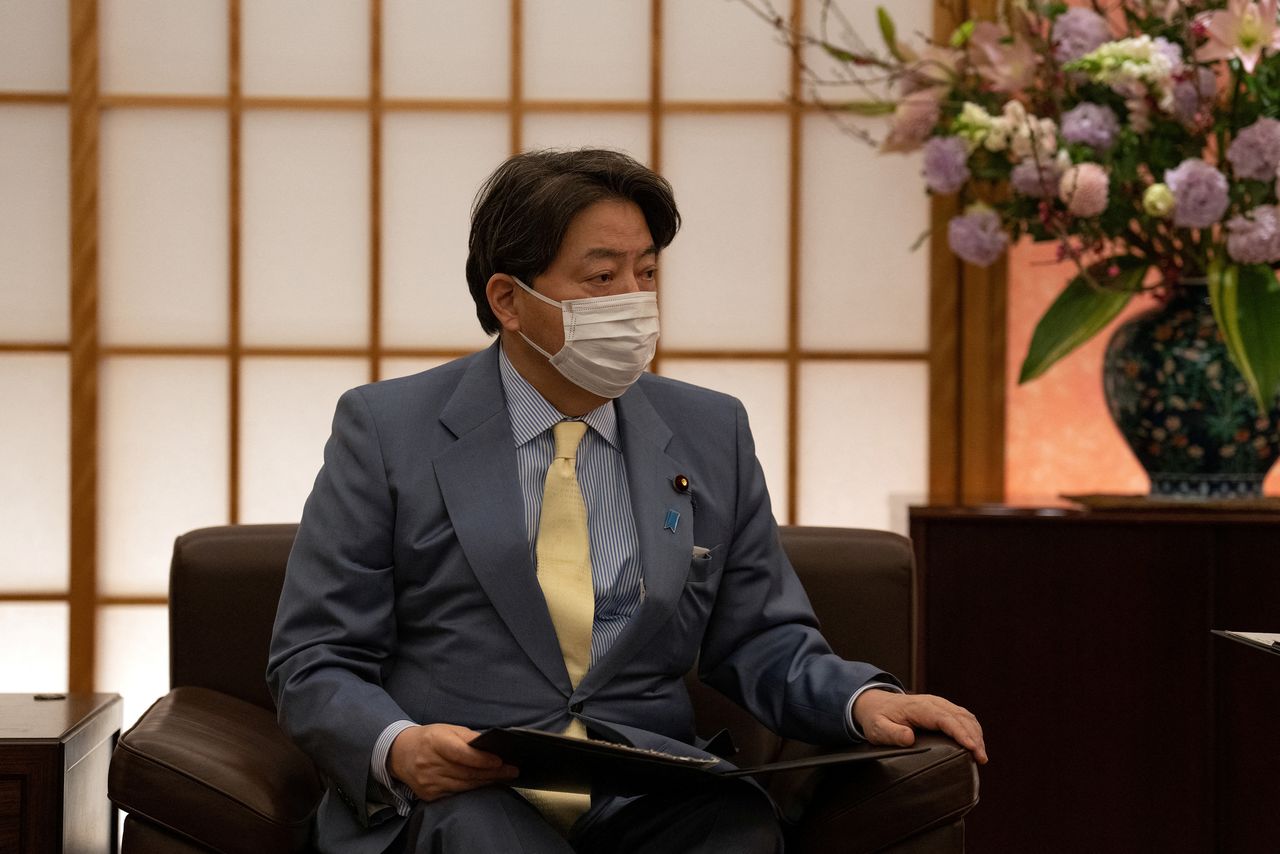 "We called on Russia to immediately stop its attack on Ukraine, which has even harmed ordinary citizens, and withdraw its forces," Hayashi told reporters.

"We've agreed, as G7, to impose further, severe sanctions if Russia does not stop its assault."

Hayashi participated in the G7 meeting, held in Brussels, via teleconference.