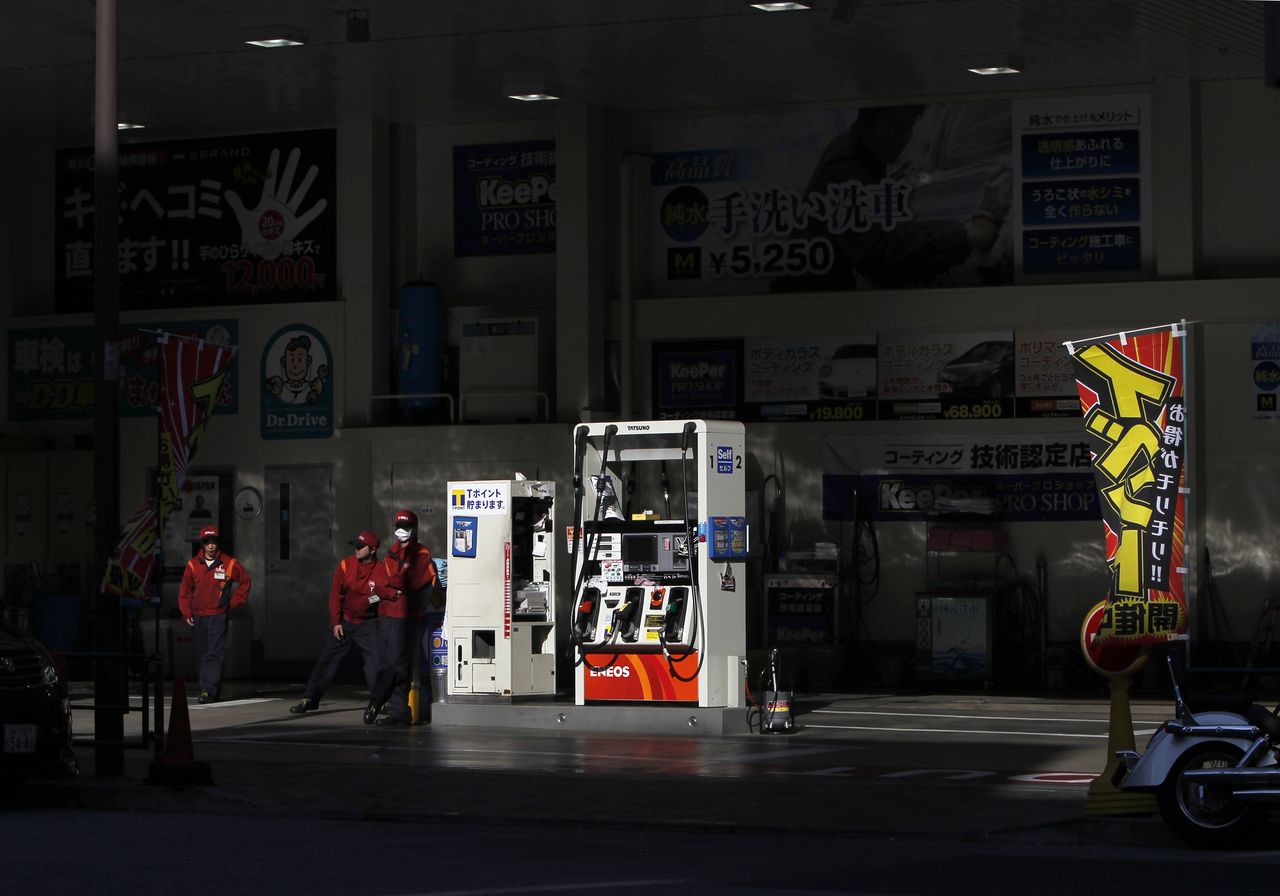 By Tim Kelly and Tetsushi Kajimoto

TOKYO (Reuters) - Japan unveiled on Friday a raft of measures to help small and midsize firms cope with surging global fuel prices amid the Ukraine crisis, with an increased subsidy ceiling on oil and the extension of corporate funding, ministers said on Friday.

The change will take effect from the week starting March 10, and the government will tap 350 billion yen ($3.03 billion) from this fiscal year's emergency budget reserves to fund the subsidy, the government said.

Plans for the new fiscal year starting in April will be considered depending on the Ukraine situation, it said.

Concern about Russian oil supplies, which at 4 million to 5 million barrels per day (bpd) are second only to Saudi Arabia in volume, have pushed up oil prices to levels not seen in a decade.

However, some critics were sceptical the oil subsidy, which is rarely seen in other countries, will do any good to the economy, saying it will serve as nothing but politically popular gesture ahead of the looming upper house elections this summer.

The government also announced a package of measures aimed at reviewing funding support for small firms hit by the COVID-19 fallout, helping them become profitable and revive business.

Under the plan, the government will hold on Monday a joint gathering of representatives from public and private-sector financial institutions to discuss the way to facilitate corporate funding, Finance Minister Shunichi Suzuki said.

"I will urge them directly to ensure funding support thoroughly," Suzuki told reporters after a cabinet meeting.

"We will continue to strongly help small firms secure funding and continue business."

Kishida also instructed relevant ministers to do the utmost to help small firms -- many of whom at the lower end of supply chain -- transfer costs to their clients, Suzuki said.

In Japan, bankruptcies have remained low thanks to government support for corporate funding. However, there's concern among analysts that too much support may lead "zombie companies" to thrive.