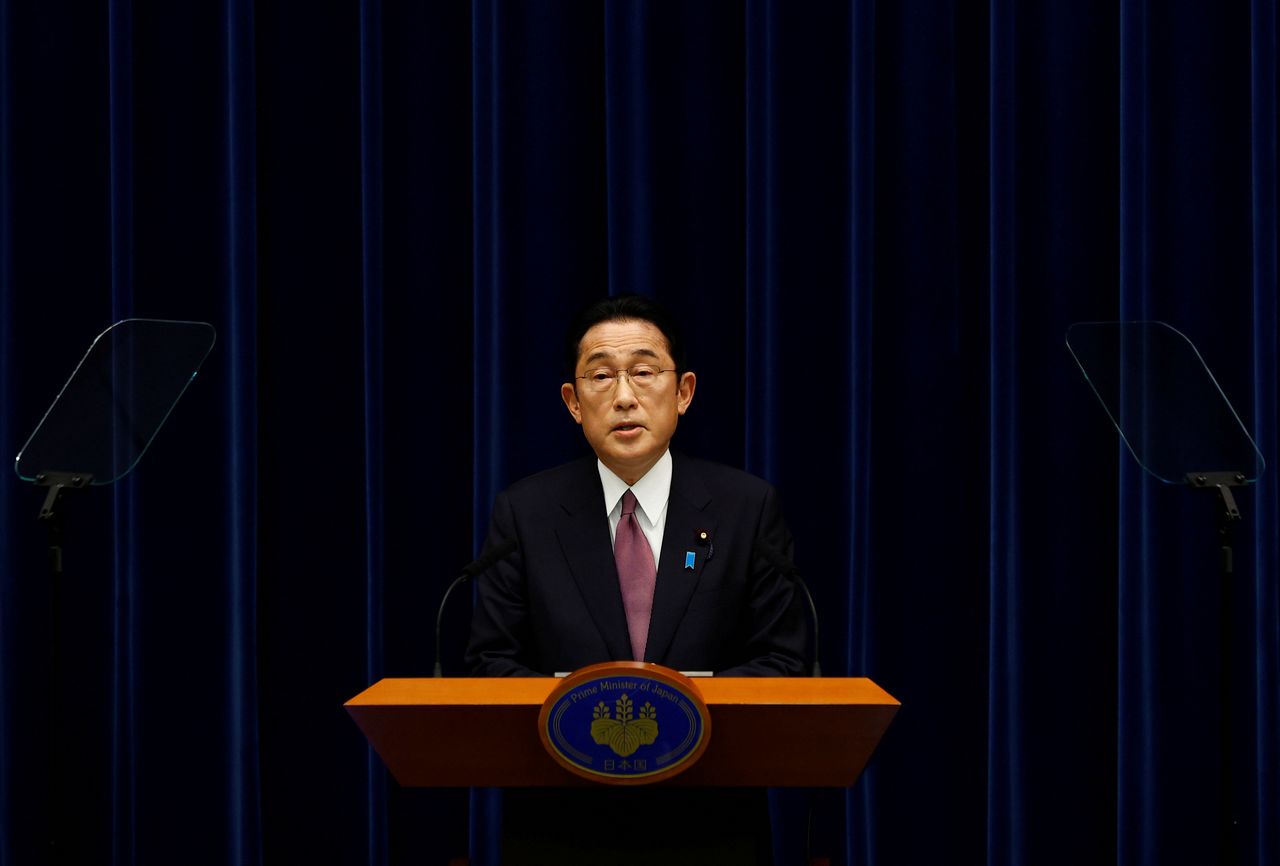 TOKYO (Reuters) - Japan's next central bank governor should be someone who understands the need to work with the government in beating deflation, Prime Minister Fumio Kishida said on Friday.

Markets are looking ahead to a change of leadership due next year at the Bank of Japan (BOJ), eyeing possible changes to its massive asset-buying and yield curve control measures which have failed to fire up inflation to its 2% target and drawn criticism for hurting financial institutions' profits.

Kishida will have the power to choose a successor to current BOJ Governor Haruhiko Kuroda, whose term ends in April 2023, if his ruling party secures victory in upper house elections expected this summer.

Kishida's administration and the BOJ last November reaffirmed commitments made in a 2013 joint statement for the two sides to cooperate on economic policy, and for the central bank to strive toward meeting its 2% price goal.

"The government and the BOJ have agreed to work together towards beating deflation," Kishida told parliament on Friday, referring to the reaffirmed joint statement.

"We hope the BOJ continues to strive toward achieving its 2% inflation target with an eye on economic, price and financial developments," he said. "The next BOJ governor ought to be someone who understands this."

The choice of governor to succeed Kuroda, who is serving a rare second five-year term, will be key to how quickly the bank could dial back the radical monetary experiment undertaken by Kuroda.

Some analysts say Kishida will likely distance himself from his predecessor Shinzo Abe's "Abenomics" stimulus policies that relied heavily on monetary easing to reflate the economy.

Kishida's administration on Tuesday announced nominees to replace two BOJ policymakers retiring in July, appointments that will likely tilt the board away from radical easing.

(This story refiles to correct day of week in first paragraph)