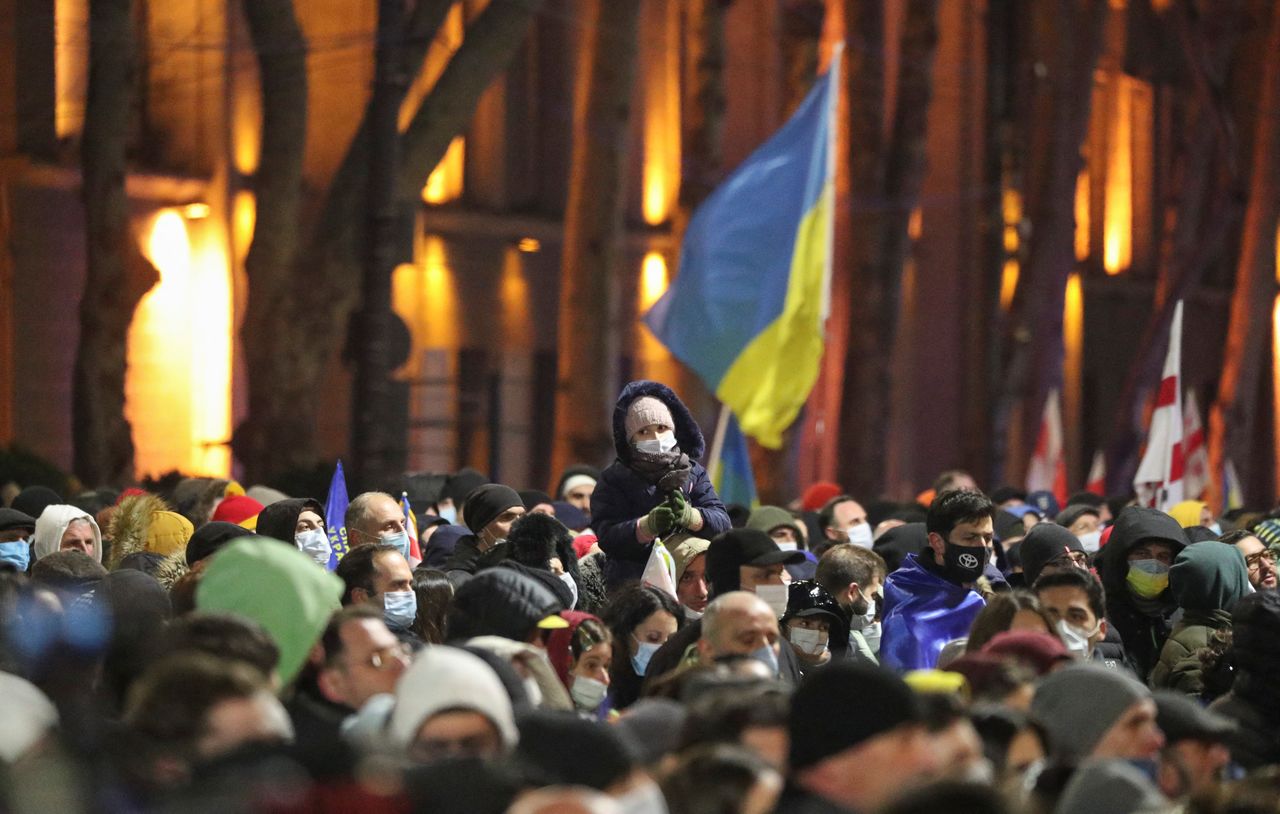 Demonstrators gather in front of a screen to watch the broadcast of the live speech of Ukraine's President Volodymyr Zelenskiy during an anti-war rally in Tbilisi, Georgia, March 4, 2022. REUTERS/Irakli Gedenidze

(Reuters) - G7 foreign ministers on Friday said they were "deeply concerned" with the humanitarian toll from "Russia's continuing strikes" against Ukraine's civilian population and added they will hold accountable those responsible for war crimes.

"We reemphasize that indiscriminate attacks are prohibited by international humanitarian law. We will hold accountable those responsible for war crimes, including indiscriminate use of weapons against civilians," G7 foreign ministers said in a joint statement released by the U.S. State Department.

Russian forces in Ukraine seized Europe's biggest nuclear power plant on Friday in an assault that caused alarm around the world and that Washington said had risked catastrophe, although officials said later that the facility was now safe.

The G7 foreign ministers also added their countries will continue to impose further sanctions in response to Russian aggression, which they said has been enabled by Belarus.

"President Putin, and his government and supporters, and the Lukashenka regime, bear full responsibility for the economic and social consequences of these sanctions", said the joint statement of G7 foreign ministers.

(Reporting by Kanishka Singh in Bengaluru; Editing by Bernard Orr)