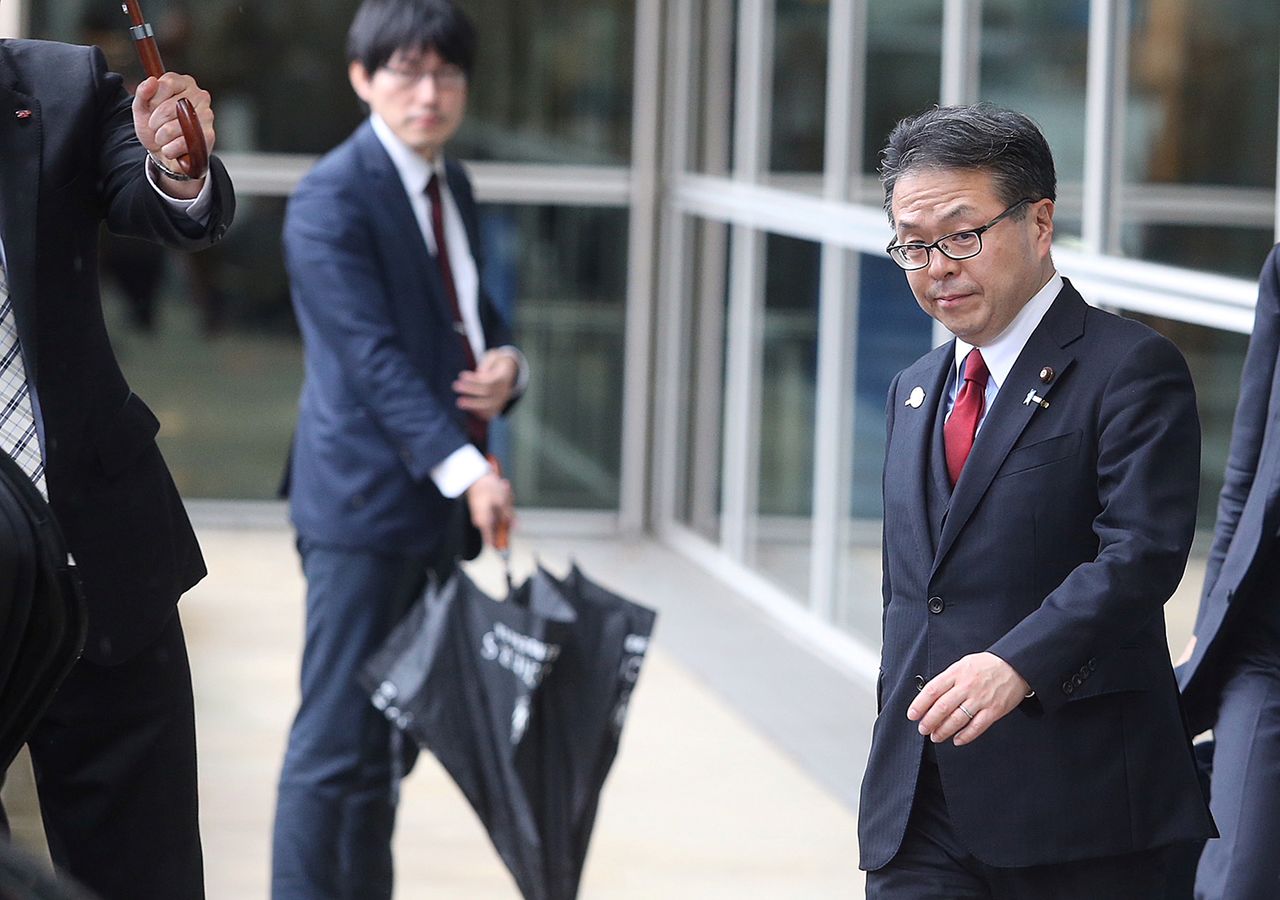 TOKYO (Reuters) - Japan may take more action in response to Russia's invasion of Ukraine which could significantly impact Japan's energy sector, a senior ruling-party lawmaker said on Sunday, while expressing caution toward a complete end to Russia oil and gas usage.

Sanctions against Moscow - such as freezing assets, banning exports of high-tech goods and excluding some Russian banks from the SWIFT international payments network - are having a major impact, said Hiroshige Seko, upper house secretary-general of the Liberal Democratic Party.

"What's important above all is to let Russia change action," Seko said. "There's a possibility we may impose further sanctions, which could have ramifications for the energy sector through financial institutions involved with transactions."

"Sanctions could have a big impact on (Japanese) people's livelihoods, so we would have to seek their understanding for the sake of solidarity with Ukraine," Seko told a political debate programme on public broadcaster NHK.

Russia's invasion of Ukraine over a week ago has led to a string of big companies halting their businesses in Russia.

Russia calls its actions in Ukraine a "special operation".

The Japanese government and companies own stakes in oil and liquefied natural gas (LNG) projects in Russia, including two on Sakhalin Island from which partners Exxon Mobil Corp and Shell PLC have announced they will exit.

"If we exit from Sakhalin 1 and 2 projects, (oil and natural gas) supply would be disrupted while countries like China who are desperate for LNG would get it cheaply," Seko said, considering the costs Japan bore developing the projects. "We must consider it realistically."

Japan decided on Thursday to freeze the assets of four Russian banks from April 2, taking to seven the total number Tokyo has slapped with such sanctions.

The government has frozen assets of Russian oligarchs as well as Belarus President Aleksandr Lukashenko who has backed Russia's invasion. It also decided to ban Belarus-bound exports.