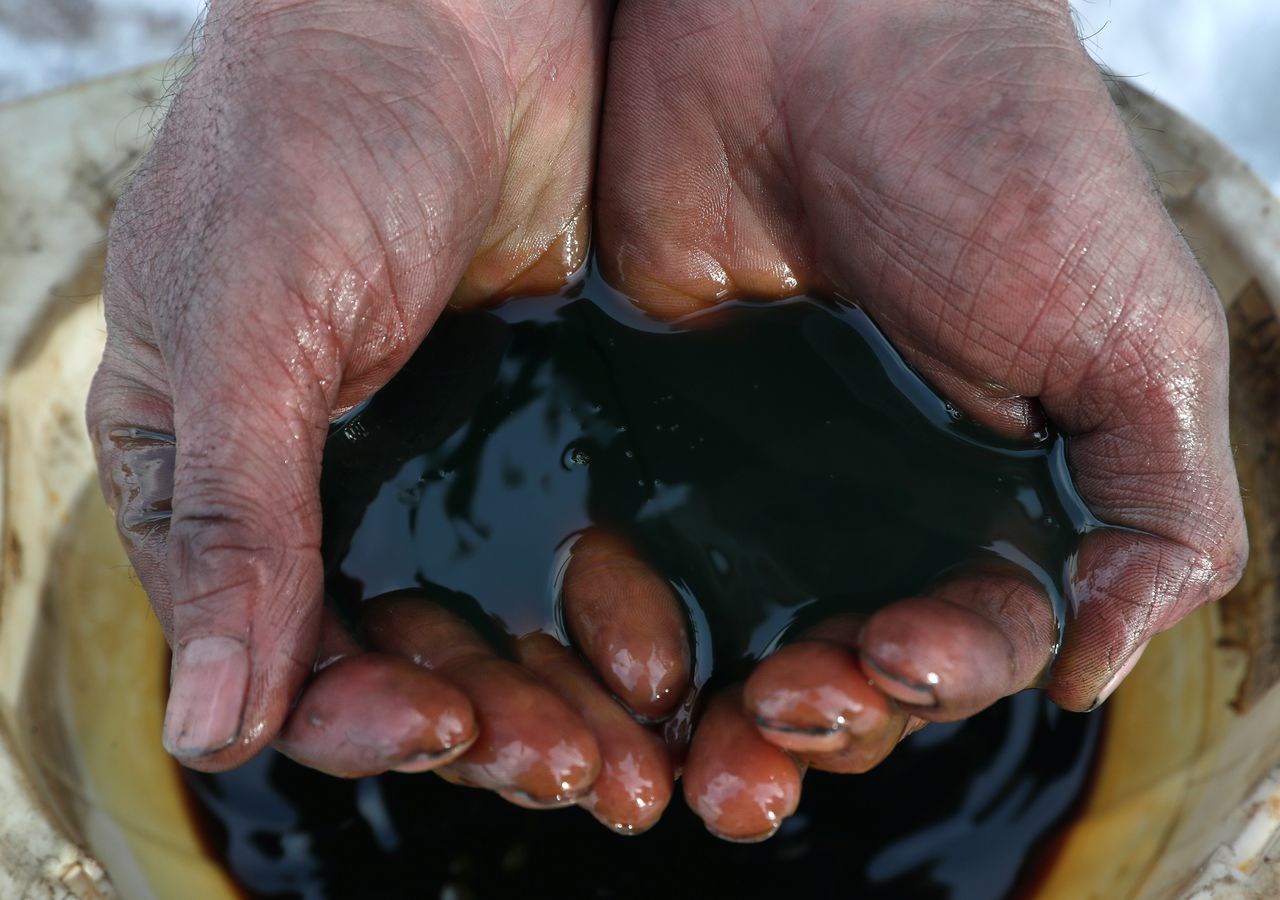 An employee demonstrates a sample of crude oil in the Yarakta Oil Field, Russia in this picture illustration taken March 11, 2019. REUTERS/Vasily Fedosenko

TOKYO (Reuters) - The head of Japan's largest business lobby said on Monday the country's imports of Russian crude could not be replaced immediately, as global discussions gathered pace about the possibility of cutting Moscow's oil from markets.

U.S. Secretary of State Antony Blinken said on Sunday the United States and European allies were exploring the possibility of halting imports of Russian crude oil in retaliation for Russia's war on Ukraine.

Japan is also in talks with the United States and European countries over a potential embargo on Russian oil, Kyodo News reported earlier on Monday.

Masakazu Tokura, chairman of the Japan Business Federation, told a regular press conference it was difficult to replace Russian crude right away, noting that the war in Ukraine and sanctions on Moscow were driving prices higher.

Japanese firms are facing deepening pressure over their ties to Russia and are scrambling to assess their operations, company and government insiders say, after Western rivals halted businesses and condemned Moscow for invading Ukraine.

The Japanese government and companies own stakes in oil and liquefied natural gas (LNG) projects in Russia, including two on Sakhalin Island from which partners Exxon Mobil Corp and Shell PLC have announced they will exit.

Asked about a potential embargo on Russian oil imports, Japanese Chief Cabinet Secretary Hirokazu Matsuno declined to comment on the country's communication with the United States.

He said the government would consider stable energy supply, national security and interests while taking action on Russia in line with the international community.

Russia accounted for 3.63% of Japan's imports of crude oil and 8.84% of its total LNG imports last year.