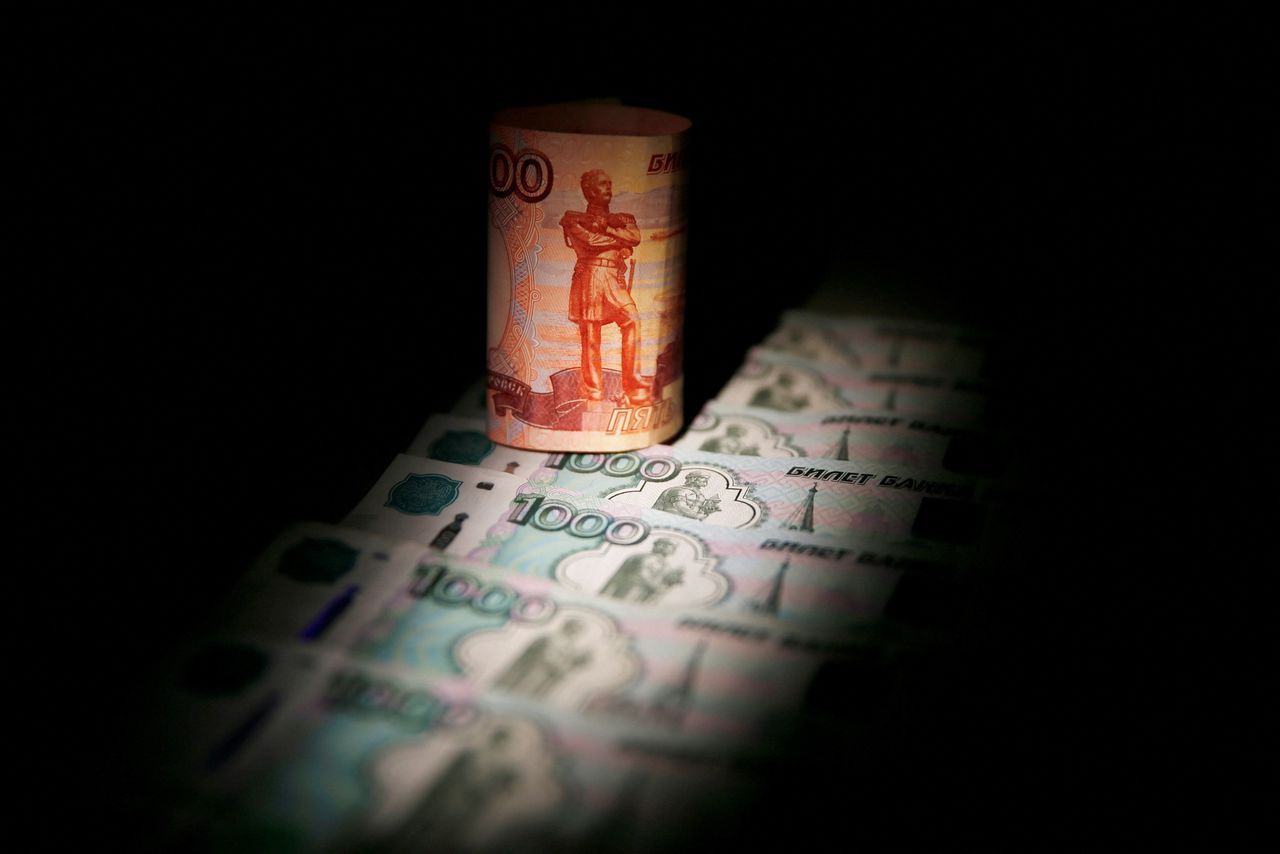 LONDON (Reuters) - The world's big economies have hit Russia with a wall of sanctions after its invasion of Ukraine.

Russian President Vladimir Putin said on Saturday the sanctions imposed on his country were akin to a declaration of war.

Following is a roundup of some of the broadest measures taken against Putin and those around him, and on key sectors of the Russian economy.

The United States, European Union, Britain and Canada have frozen the assets of Putin and Foreign Minister Sergei Lavrov. Washington has imposed a travel ban on the two, but the EU has not, in order to facilitate negotiations with them if the opportunity arises.

Putin is now one of only three world leaders blacklisted by the EU, along with Syria's Bashar al-Assad and Alexander Lukashenko of Belarus.

Britain will on Monday introduce legislation designed to allow ministers to tighten restrictions on Russian businesses and wealthy Russian individuals.

Canada has said the holdings of all Russian oligarchs and companies in the country are under review.

Australia has imposed sanctions on Russia targeting several of its elite citizens and lawmakers.

The United States, EU, Britain, Switzerland, Japan, Canada and others have banned transactions with Russia's central bank, finance ministry and sovereign wealth fund. They have also moved to freeze the overseas assets of all three entities.

Seven Russian banks have been excluded from the SWIFT messaging system that underpins global transactions.

Sberbank, Russia's largest lender, and Gazprombank have not been included as they are the main channels for payments for Russian oil and gas, which EU countries are still buying for now. Sberbank said last Wednesday it was exiting almost all European markets.

Visa, Mastercard, American Express, PayPal and others have blocked Russian banks from using their networks.

Nord Stream 2, a recently completed pipeline from Russia to Germany, was awaiting regulatory approval by EU and German authorities before Berlin put its certification on ice following the invasion.

The German unit of the Gazprom-led pipeline said last Thursday it would probably be wound up after Berlin halted certification.

Washington has imposed sanctions on the company in charge of building the pipeline.

The EU, United States, Canada and Britain have shut their airspace to Russia, banning all Russian aircraft from taking off, landing or overflying their territory.

The EU has banned the export, sale, supply or transfer of all aircraft, aircraft parts and equipment to Russia.

The United States and EU already have sanctions in place on Russia's energy and defence sectors, with state-owned gas company Gazprom, its oil arm Gazpromneft and oil producers Lukoil, Rosneft and Surgutneftegaz facing various types of curbs on exports/imports and debt-raising.

Similar measures were deployed during the Cold War, when sanctions kept the Soviet Union technologically backward and crimped economic growth.

The EU has toughened its existing sanctions on goods that can be used for civilian or military purposes, targeting the military-industrial complex of Russia and Belarus and limiting their access to advanced technology such as drones and software for drones, software for encryption devices, semiconductors and advanced electronics.

Other countries have imposed similar export controls including Singapore, Japan and Switzerland.