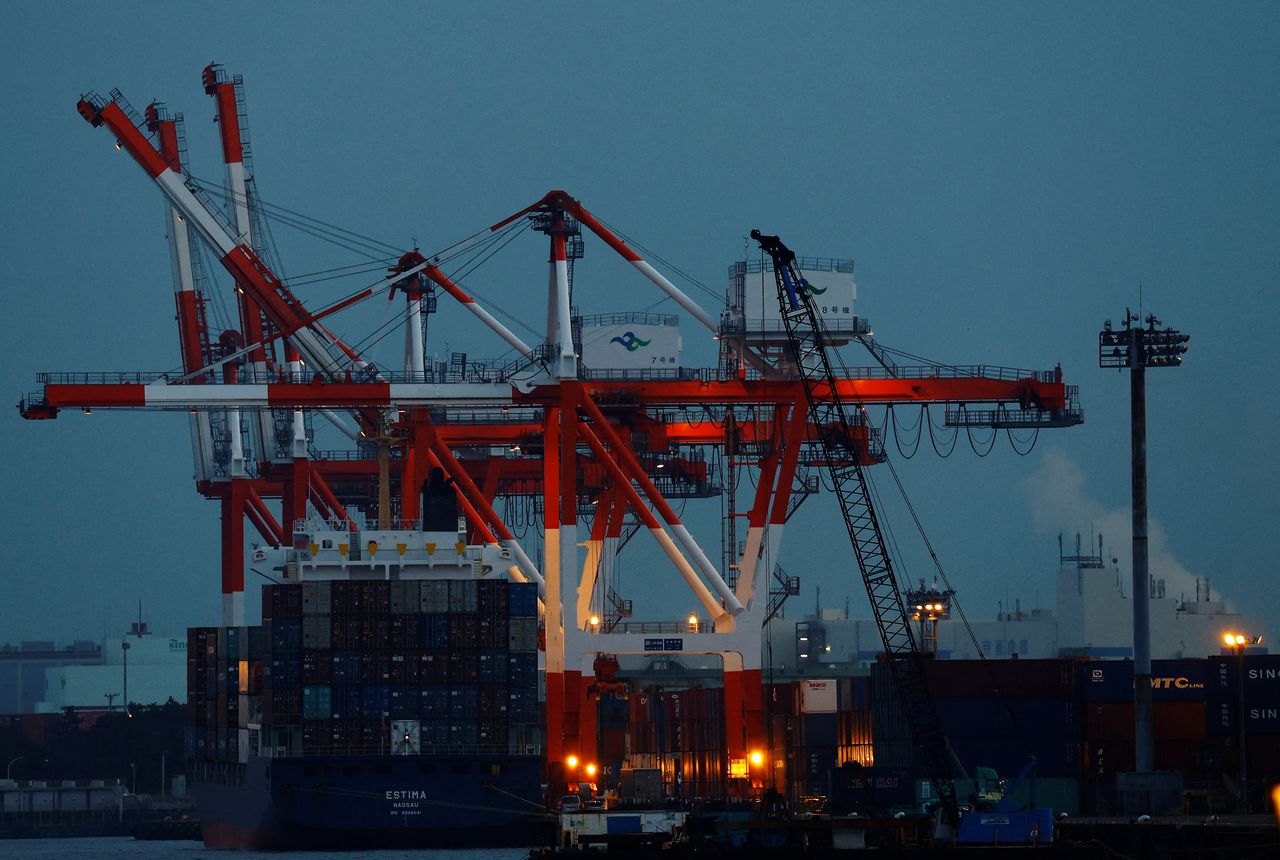 A cargo ship and containers are seen at an industrial port in Tokyo, Japan, February 15, 2022. REUTERS/Kim Kyung-Hoon

TOKYO (Reuters) - Japan recorded its largest current account deficit since the start of 2014 in January as a jump in oil import costs offset gains in investment income, with continuing uncertainty due to the Ukraine crisis and COVID-19 pandemic.

The current account data highlighted the dependence of Japan's resource-deficient economy on imports of commodities and raw materials, which caused trade deficit to widen.

Japan, the world's third-largest economy, posted a current account deficit of 1.1887 trillion yen ($10.31 billion) in January, the data showed, versus economists' median estimate of a 880 billion yen deficit in a Reuters poll.

It was the second straight month of deficit and marked the second largest deficit under comparable data going back to 1985.

Surging fuel costs drove up the value of imports by 39.9% in January from a year earlier, outpacing a 15.2% rise in exports.

In addition, Japan's trade deficit with China widened in January. China-bound exports slowed before the Lunar New Year break while imports from the country surged due to stocking demand before the holiday period.

"Given such a temporary factor and a hefty investment income surplus, I don't think Japan's balance of payment will swing to deficit as a trend anytime soon," said Takashi Miwa, chief economist at Nomura Securities.

Japan earns steady and hefty return from its past investment in securities and direct investment overseas, which have replaced trade as the main driver of its current account surplus in recent years.

While a weak yen also helped inflate the cost of imports, its boost to export volumes was not as great as it once was due to an ongoing shift of exporters' production abroad, analysts say.