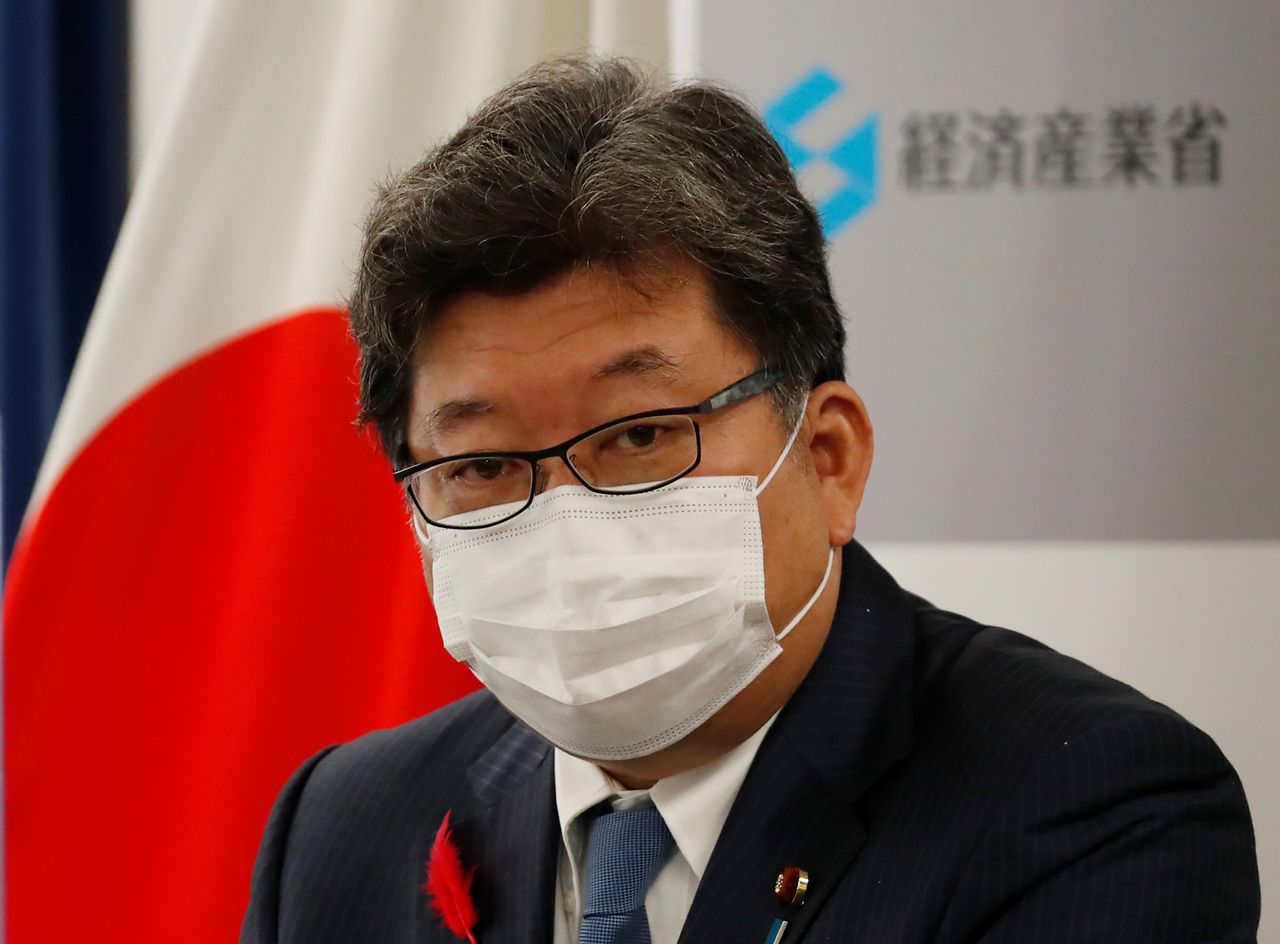 TOKYO (Reuters) -Japanese industry minister Koichi Hagiuda said on Tuesday that the Sakhalin energy projects "will effectively freeze" given the exit of Western stakeholders and that Japan would therefore wait to see how the situation plays out to make any decision.

Exxon Mobil and Shell have announced plans to exit the Sakhalin-1 and 2 oil and liquefied natural gas (LNG) projects in Russia, respectively, in light of Russia's invasion of Ukraine.

Japanese trading firms Mitsui & Co and Mitsubishi Corp, which have stakes in the Sakhalin-2, said the project continues to operate and have not confirmed any plans to withdraw.

The Sakhalin Oil and Gas Development (SODECO), the Japanese consortium including Itochu Corp and Marubeni Corp, said the same of the Sakhalin-1 project.

"Our main concern is whether a third country might immediately take over when we let go of our interests there," Hagiuda said in a parliamentary session. "If Russia doesn't feel the pain from the sanctions, then it would be pointless."

He added that Japan was in consultation with the Group of Seven (G7) and others about this approach.

Russia, which calls its actions in Ukraine a "special operation", is the fifth-biggest supplier of LNG to resource-poor Japan and also supplies many European countries that have imposed sanctions on Moscow.

Japan has not seen any impact for now on its ability to procure energy supply, Hagiuda told a news conference earlier. Asked how Japan would respond in the event of a possible U.S.-led ban on Russian oil, he repeated the government's stance that Japan would act in line with G7 nations.

Sources have said the United States was willing to move ahead with a ban on Russian oil imports without the participation of allies in Europe.

On the procurement of rare metals such as palladium and neon, Hagiuda said manufacturers had sufficient inventory and the ability to source from alternative suppliers and that there was no impact on production so far.