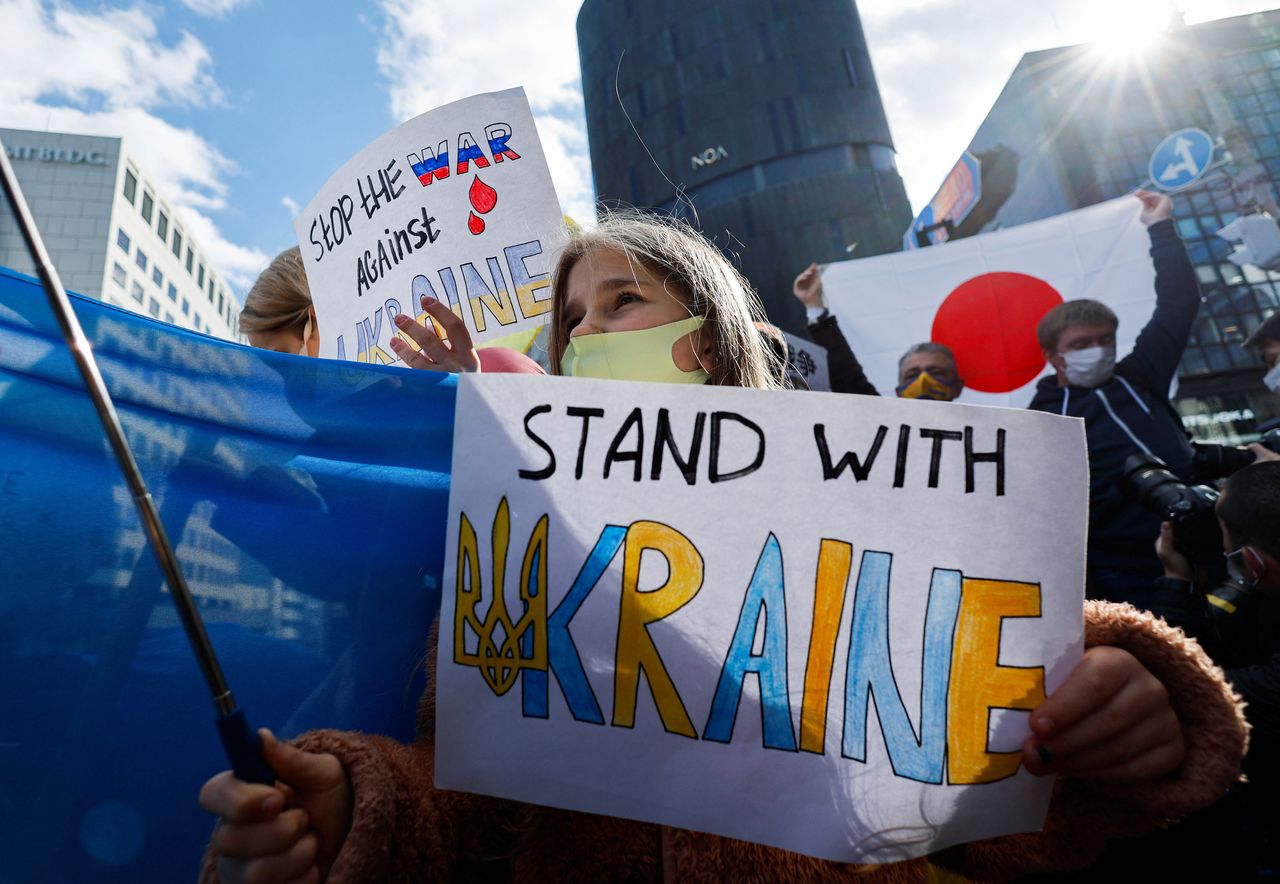 FILE PHOTO: A Ukrainian residing in Japan shows a placard during a protest rally denouncing Russia over its actions in Ukraine, near Russian embassy in Tokyo, Japan February 23, 2022. REUTERS/Issei Kato

TOKYO (Reuters) - Japan has frozen the assets of an additional 32 Russian and Belarusian officials and oligarchs following the invasion of Ukraine, the Ministry of Finance announced on Tuesday.

The newly added sanctions target 20 Russians including deputy chiefs of staff for President Vladamir Putin's administration, deputy chairmen of the state parliament, the head of the Chechen Republic and executives of companies with close ties to the government such as Volga Group, Transneft and Wagner.

It also includes 12 Belarusian government officials and business people, as well as 12 organisations in Russia and Belarus.

Payment and capital transactions with those on the list must require government permits from now on, the ministry said in a statement.

Japan is also banning exports of Russia-bound oil refinery equipment and Belarus-bound general-purpose items that could be used by its military, the ministry said.

It will ban exports to the Belarusian defense ministry, armed forces and police organisations, and a Minsk-based company JSC Integral.