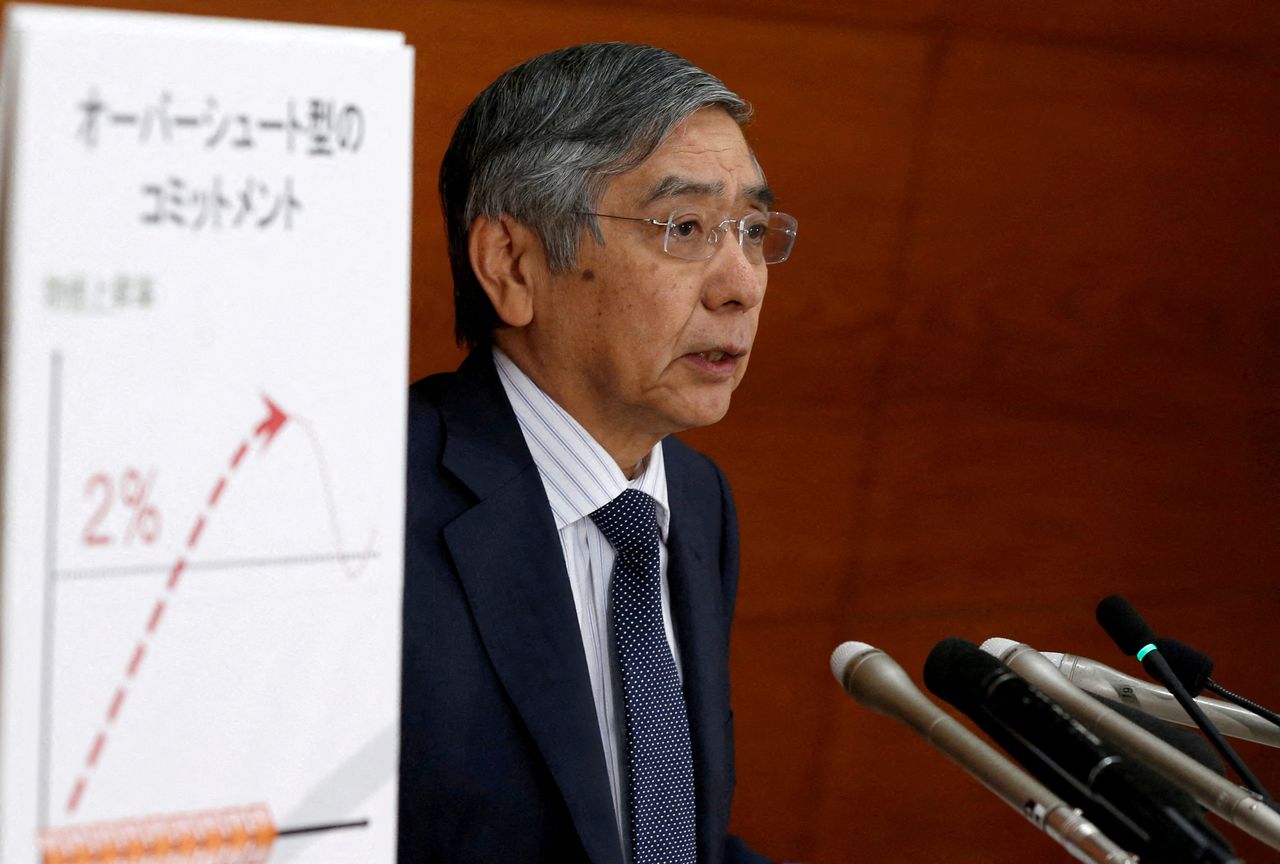 TOKYO (Reuters) -Bank of Japan Governor Haruhiko Kuroda on Tuesday ruled out the chance of tightening monetary policy or withdrawing stimulus to deal with any rise in inflation driven by soaring fuel costs, stressing the need to wait for wage growth to pick up.

The crisis in Ukraine pushed oil prices to 14-year highs, heightening the chance consumer inflation will approach the central bank's 2% target as early as next month.

But with inflation expectations and wage growth still low, rising energy and commodity costs would have a negative impact on Japan's economy, Kuroda told parliament, when asked how the BOJ could respond if inflation exceeds its 2% target.

"It's inappropriate to deal with (such a rise in inflation) by scaling back stimulus or tightening monetary policy," he said.

"If crude oil and commodity prices drive up inflation while wage growth remains slow, that would hit households' real income and corporate profits, and hurt the economy," he said.

"Such conditions won't lead to sustainable achievement of 2% inflation," Kuroda said, stressing the need to keep monetary policy ultra-loose for the time being.

While soaring raw material costs have pushed up wholesale prices in Japan, core consumer inflation stood at 0.2% in January on weak household spending.

But analysts expect consumer inflation to pace up towards the BOJ's target, as the drag from cellphone fee cuts dissipates and rising oil costs boost gasoline and electricity bills.