TOKYO (Reuters) - An auditor has questioned SoftBank's bookkeeping at the French unit that designed its Pepper robot, documents show, casting doubt on the Japanese firm's treatment of a subsidiary it is now trying to sell as the venture has floundered.

The French auditor, in a report seen by Reuters, expresses doubt about the treatment under which the local unit of SoftBank Group Corp's robotics business, according to two people familiar with the matter, booked losses and did not pay tax.

Specifically, the 196-page July report by auditor Cabinet Boisseau, which has not been previously reported, questions SoftBank's decision to treat its Paris-based robotics business as having a high level of autonomy for accounting purposes.

The report says this treatment is "clearly debatable", citing the local company's "extremely limited" ability to make its own decisions. It does not accuse SoftBank of legal wrongdoing, draw specific conclusions about the company's French tax liability or say the firm sought to avoid tax.

The auditor was hired by staff representatives at SoftBank Robotics Europe amid tensions with management over the direction of the company, the two sources said. French law required SoftBank to pay for and cooperate with the audit.

"Cabinet Boisseau's reasoning is based on assumption and does not accurately reflect the facts," SoftBank said in a statement to Reuters.

The auditor's report sheds light on the troubled relations between Tokyo and Paris at SoftBank's robotics business, which is best known for the wide-eyed Pepper android that group founder Masayoshi Son once touted as being the first personal robot that can read emotions.

Under the scheme, the two sources told Reuters, SoftBank Robotics Europe booked losses for years and did not have to pay tax.

The report says "the risk of fraud cannot be ruled out" due to SoftBank's failure to share with the auditor its response to a 2018 government tax audit and a lack of clarity about the unit's accounting designation. The report does not detail any potentially fraudulent behaviour.

In SoftBank's view, the accounting designation was justified because the French unit took the main role in the development, production and sale of the robots and bore the main risks, according to the report, which cites internal documents.

"Deloitte, an independent accounting firm, has appropriately conducted our audit in recognition of Cabinet Boisseau's conjecture, which forms the basis of the article, and has not changed its conclusion," SoftBank said in its statement.

Deloitte said it does not comment on client matters as it is bound by a statutory duty of confidentiality. Phone calls to the French tax authorities went unanswered. Cabinet Boisseau did not respond to requests for comment. Staff representatives of SoftBank Robotics Europe declined to comment, citing confidentiality.

SoftBank acquired the French business in 2012 as part of Son's ambition to revolutionise commercial robotics. That dream has all but short-circuited, and the Japanese tech investment firm is in talks to sell the company to Germany's United Robotics Group, Reuters has reported.

United Robotics declined to comment on the outlook for the talks.

A sale would mark SoftBank pulling back at one of the few businesses it is still directly involved in operating. The Japanese firm has halted production of Pepper and slashed robotics jobs globally, Reuters has reported.

The auditor's report does not specify to what extent SoftBank's accounting contributed to losses at the unit.

The auditor says Japanese managers were prominent in making decisions at the French unit, Japan was the largest market for the robots and Tokyo had a direct relationship with the company that assembled the robots, Taiwan's Foxconn.

French management recognised that Japan called the shots, telling staff representatives in one meeting that Pepper production numbers were "imposed" by Tokyo, in a "unilateral decision", the report says.

The report refers to the French business developing other robots including the humanoid Romeo, which was a research project begun in 2009 looking at helping people with reduced physical autonomy, and a food-serving robot, Plato.

After SoftBank bought another robotics business, Boston Dynamics, it told the French unit to suspend work on legs for Romeo as Boston Dynamics had its own walking robot, Atlas, the report says.

But there was never any meaningful collaboration between the two companies, the two sources said. In the end, Romeo never got legs, they said.

"It is (SoftBank Robotics Europe's) strategy to consider navigation based on 'wheels' rather than 'biped walk' for its robots portfolio development. Romeo was a European collaborative project that has been duly completed with all partners," SoftBank said. 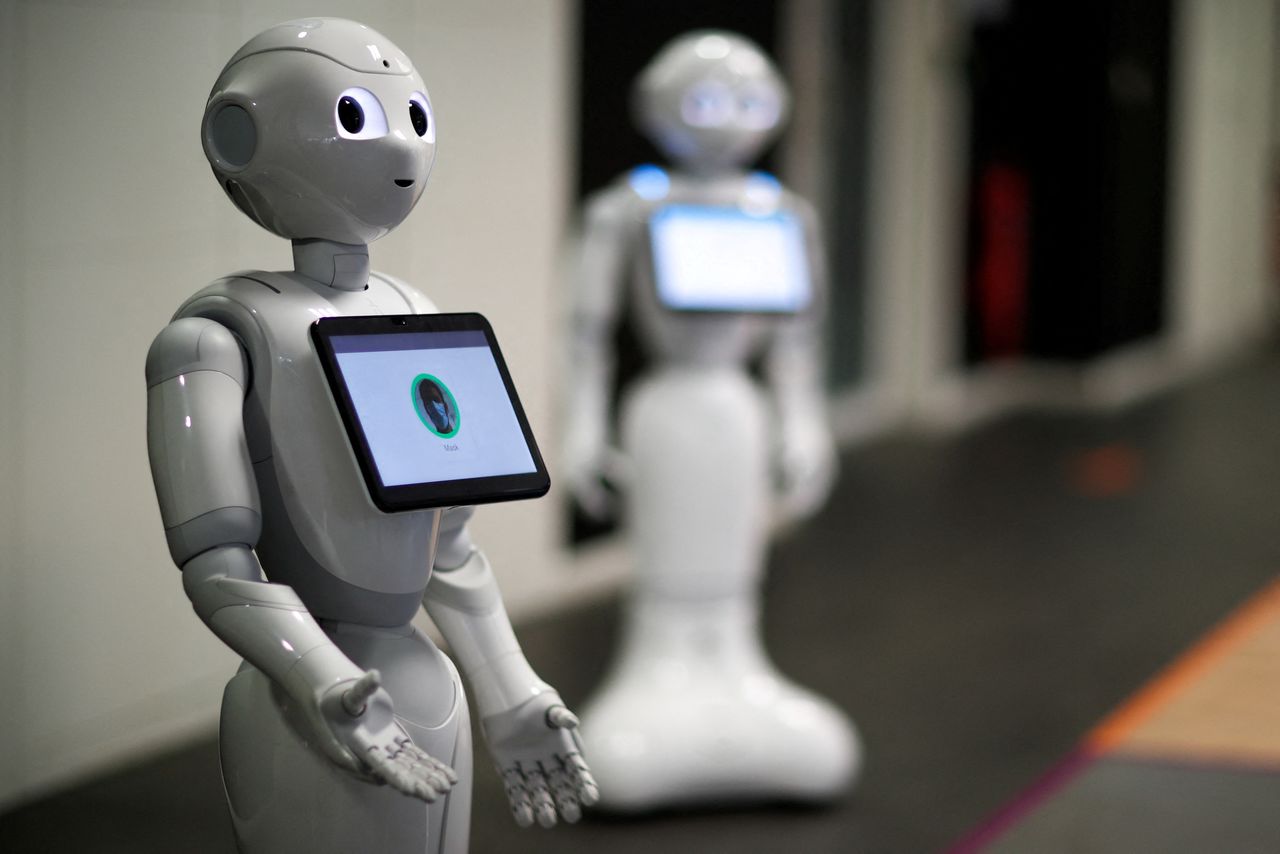 FILE PHOTO: French robot Pepper, detecting whether people are wearing face masks and if not, instructs them to wear them, is displayed at French robotics developer SoftBank Robotics in Paris as the coronavirus disease (COVID-19) continues to spread out across France, September 8, 2020. REUTERS/Gonzalo Fuentes/File Photo/File Photo 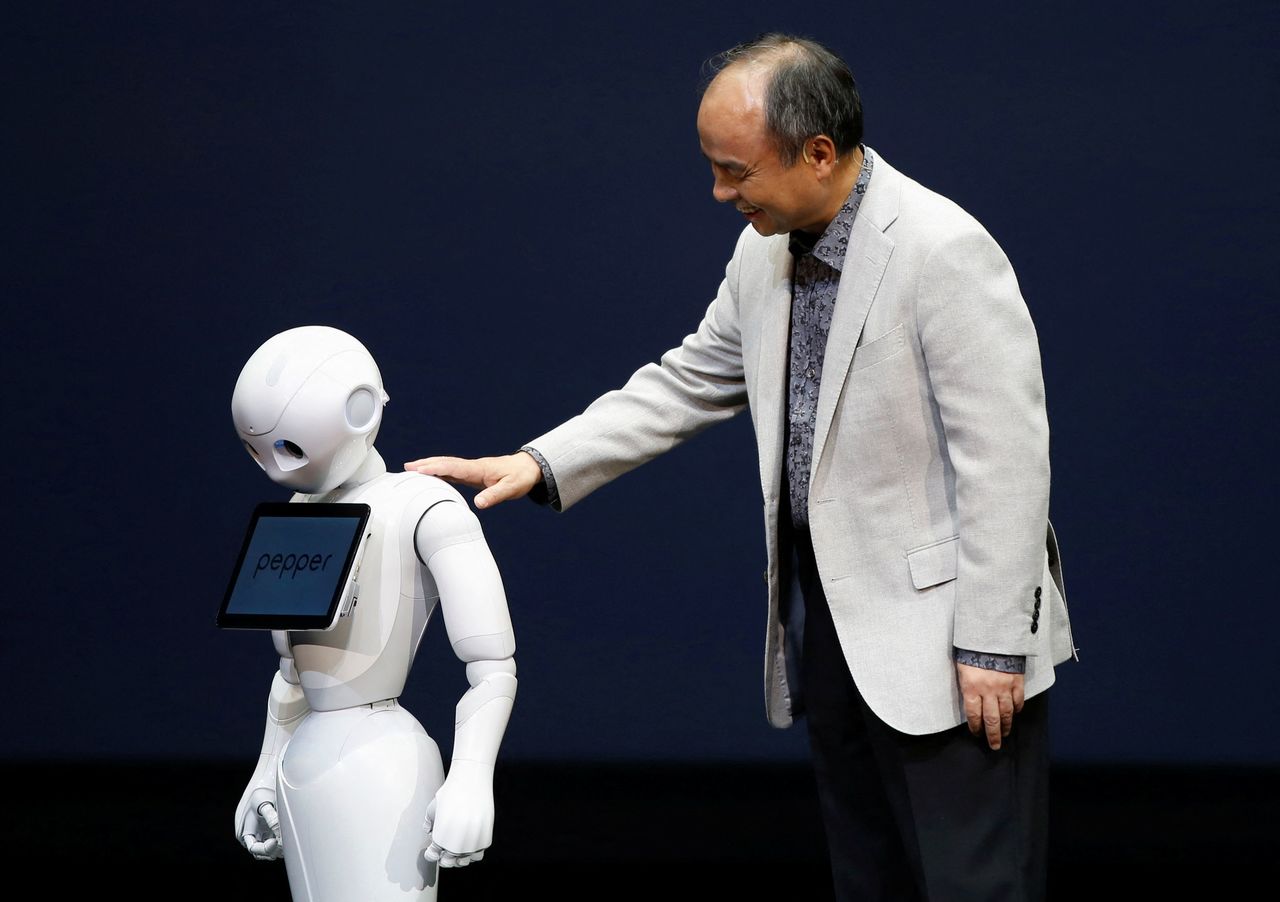 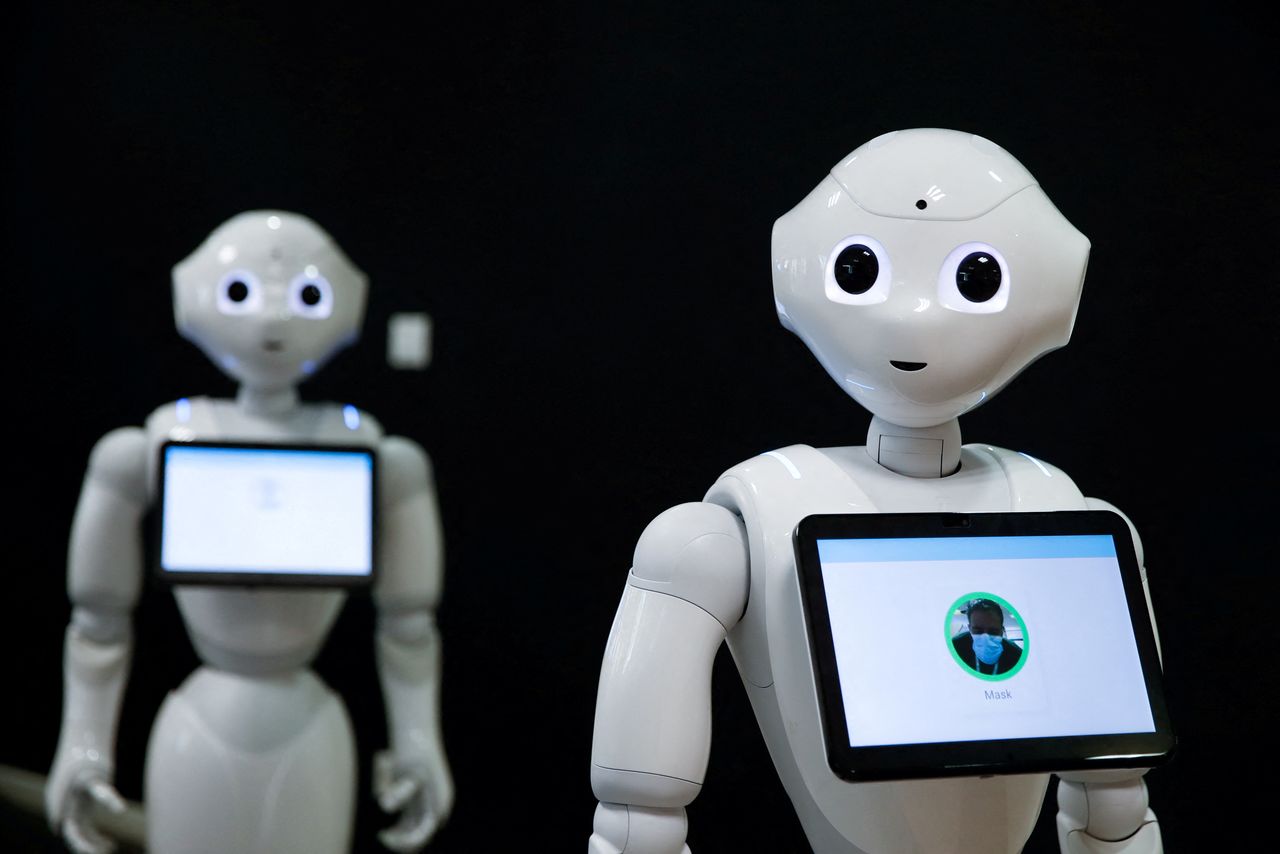 FILE PHOTO: FILE PHOTO: French robot Pepper, detecting whether people are wearing face masks and if not, instructs them to wear them, is displayed at French robotics developer SoftBank Robotics in Paris as the coronavirus disease (COVID-19) continues to spread out across France, September 8, 2020. REUTERS/Gonzalo Fuentes/File photo/File Photo 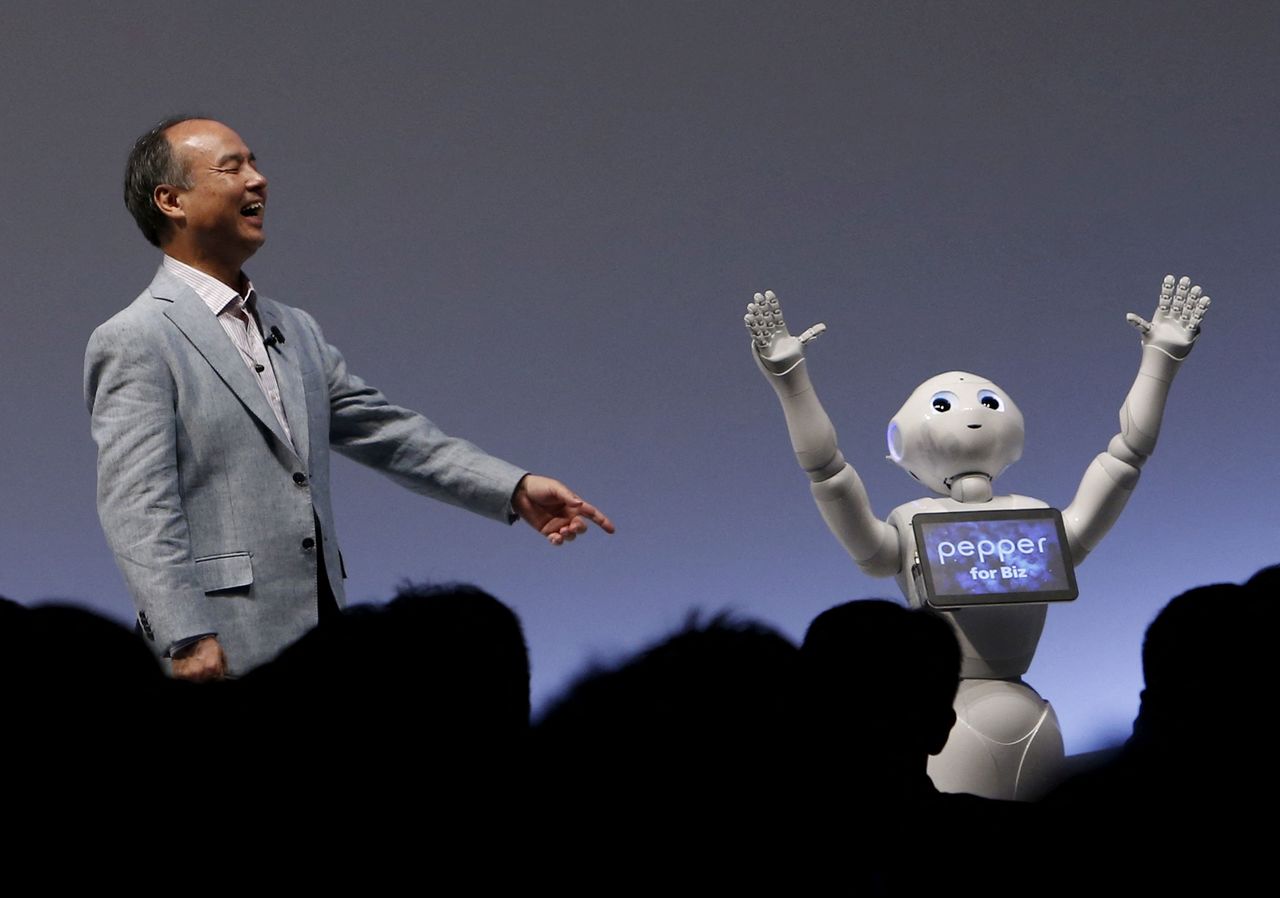