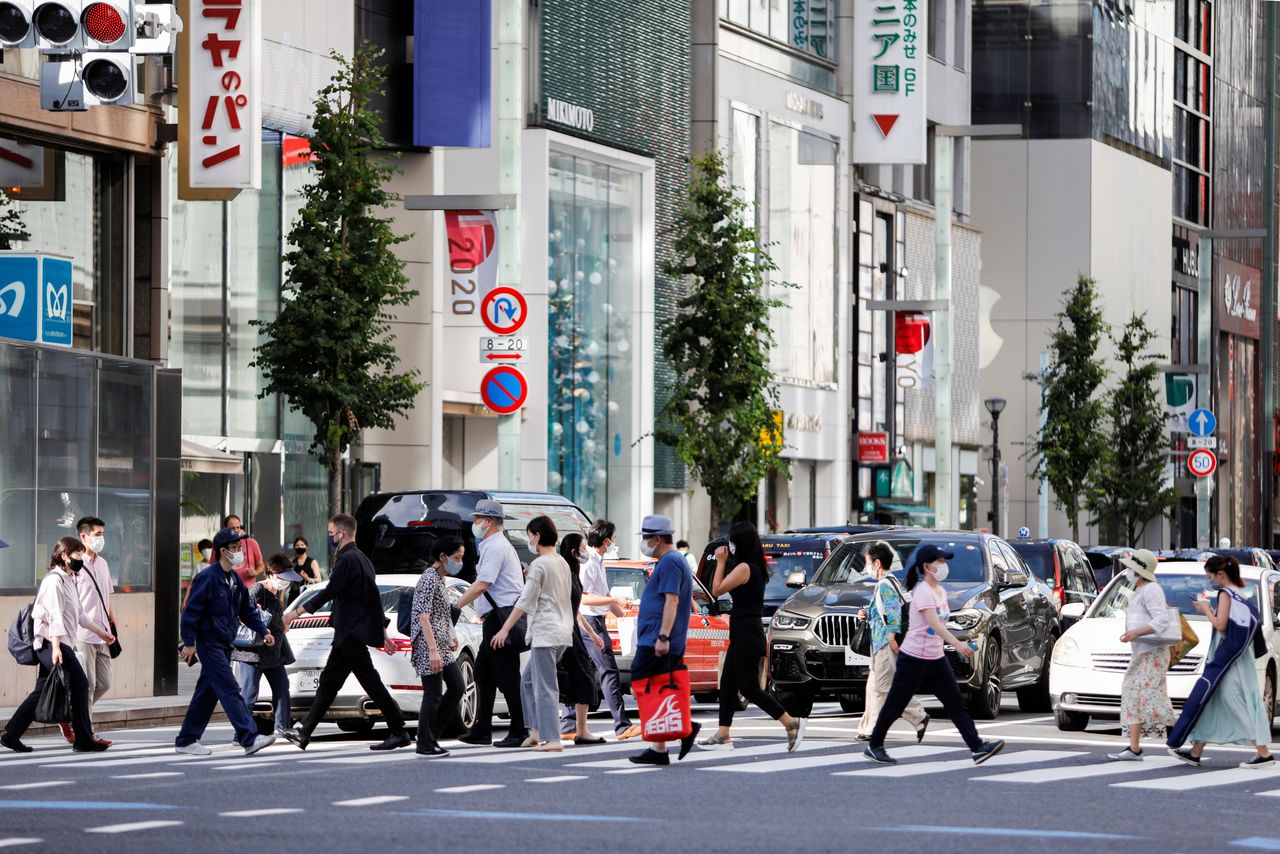 TOKYO (Reuters) -Japan's economic rebound was softer than initial estimates in the final quarter of 2021, revised data showed on Wednesday, as the pickup seen in consumer and business spending was weaker than first reported.

The downwardly revised growth is bad news for policymakers tasked with keeping the country's fragile recovery on track as a jump in commodity prices due to the Ukraine crisis and persistent supply disruptions heighten economic uncertainty.

Revised gross domestic product (GDP) data released by the Cabinet Office on Wednesday showed Japan expanded an annualised 4.6% in October-December. That was lower than economists' median forecast for a 5.6% gain and the preliminary reading of 5.4% released last month.

"This suggests that Japan's economic recovery from the pandemic is weaker than that of Europe and the United States," said Takeshi Minami, chief economist at Norinchukin Research Institute.

On a quarter-on-quarter basis, GDP expanded 1.1%, falling short of the median market expectations for a 1.4% gain.

The change was mostly due to the downgrade in private consumption, a government official told a media briefing.

Private consumption, which makes up more than a half of Japan's GDP, increased 2.4% in October-December from the previous quarter, revised down from an initially-estimated 2.7% gain. Spending in the service sector, in particular, was downgraded to a 3.1% expansion from an initial 3.5% increase.

Recent industry ministry data for December showed spending on services such as restaurants and train rides was weaker than the preliminary estimate based on private-sector figures, the official said.

"Private consumption was likely quite weak in January, due to soft spending on capital goods such as cars and services," said Minami, adding fresh uncertainty around Ukraine is cooling business investment.

In the fourth quarter, capital expenditure grew 0.3%, lower than economists' forecasts for a 0.7% gain and a preliminary figure of a 0.4% advance.

Economists in a Reuters poll last week forecast annualised growth of 0.4% in the January-March quarter, slashing previous projections given Omicron coronavirus variant infections and uncertainties caused by the war in Ukraine.

Yusuke Shimoda, senior economist at Japan Research Institute, said he was still expecting growth to come in positive in the first quarter.

"But we're still in early March," he added. "Further downside risks can't be ruled out depending on Russia's actions."