Apple to chime louder in Asia with 5G iPhone SE 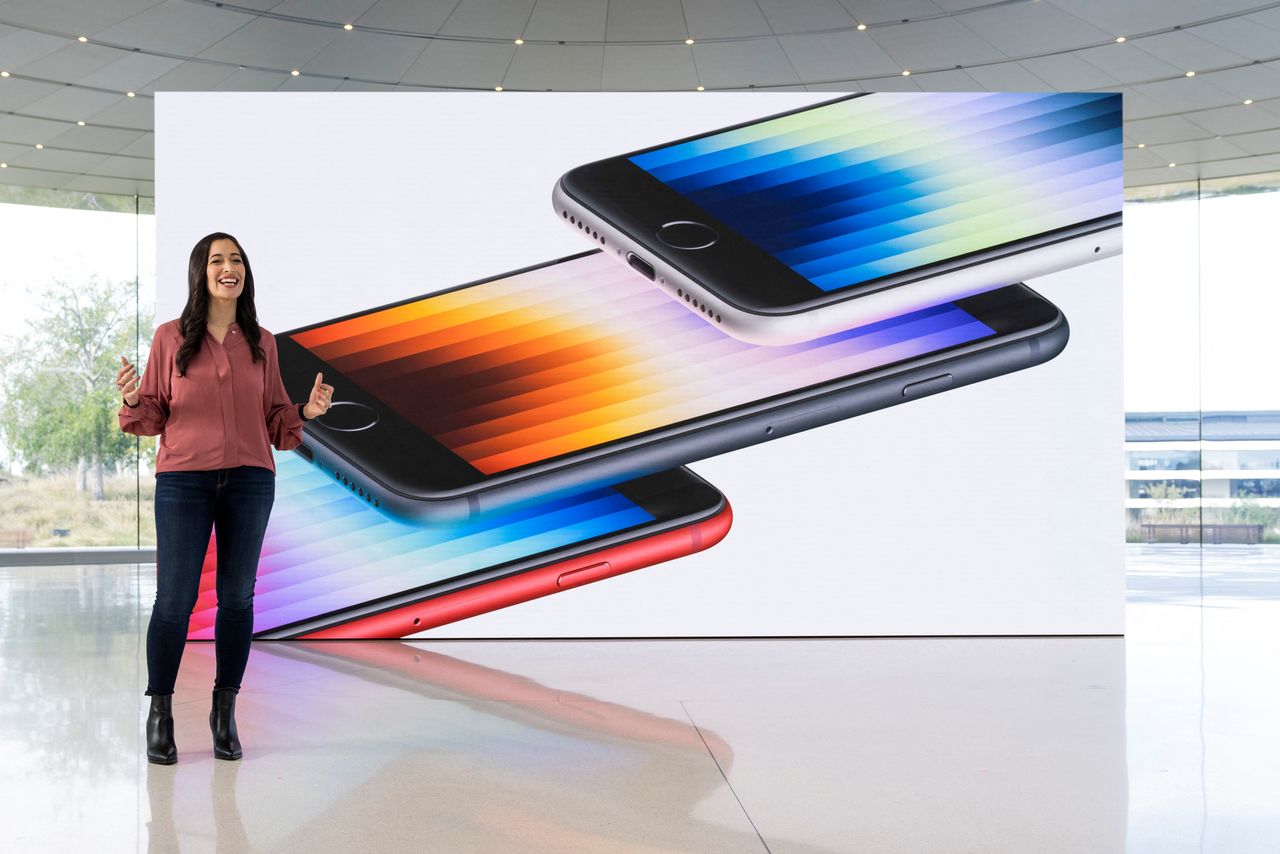 Apple's Francesca Sweet talks about the enhanced features of the new iPhone SE during a special event at Apple Park in Cupertino, California, U.S. broadcast on March 8, 2022. Brooks Kraft/Apple Inc./Handout via REUTERS. NO RESALES. NO ARCHIVES. THIS IMAGE HAS BEEN SUPPLIED BY A THIRD PARTY.

By Siddarth S and Nivedita Balu

(Reuters) - Apple Inc's low-cost 5G model should enhance the iPhone maker's appeal in Asia where it is in a stiff battle with multiple rivals from Samsung to Vivo, analysts believe.

After focusing on high-end phones during the pandemic-induced supply chain crisis, Apple this week unveiled 5G connectivity to its iPhone SE - for $429 - which is likely to attract more lower-end buyers in emerging markets.

Counterpoint Research said the earlier 4G iPhone SE accounted for 12% of total iPhone sales from its launch in Q2 2020 until the end of 2021, with Japan the biggest market after the United States.

'DEMAND TO OPEN UP'

"This time we expect demand to open up more across other markets like Europe, SE (South East) Asia and Korea – regions where many consumers stayed away because of the lack of 5G support (for the older SE)," Counterpoint Research analyst Sujeong Lim said.

The world's most valuable company with a market capitalization around $2.6 trillion, Apple achieved its highest ever market share in China at the end of last year, surpassing Huawei to become the best seller, according to a previous Counterpoint.

Cowen and Company analyst Krish Sankar said the new small-screen 5G phone's $30 price hike from the 4G version should cover most extra costs from the enhanced technology, though margins would be lower compared to the $699 iPhone 13 mini.

He estimated the iPhone SE would generate gross margin between 42%-54%, or roughly half the gross profit for each device compared with the iPhone 13 mini.

(Reporting by Siddarth S and Nivedita Balu in Bengaluru; Editing by Andrew Cawthorne)