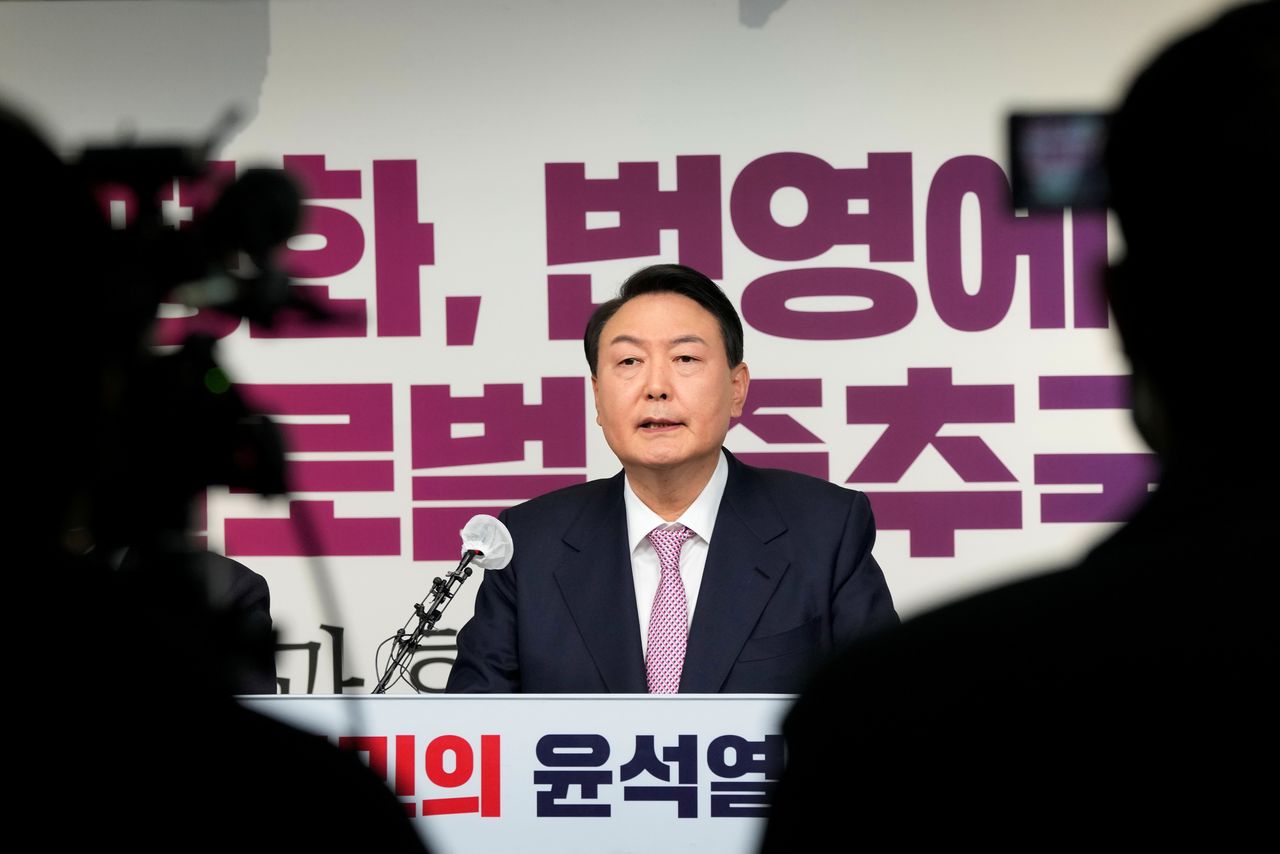 (Reuters) - Conservative Yoon Suk-yeol was elected South Korea's president on Wednesday in one of the closest fought races in recent history which will shape Asia's fourth-largest economy for the next five years.

Here are some of the policy pledges Yoon, former top prosecutor under outgoing President Moon Jae-in, has made during the campaign.

Yoon says he supports market-led approaches, including job creation led by the private sector rather than government projects. He says he plans to cut red tape for companies and to deregulate the virtual asset industry.

Yoon has said he will lower capital gains and property ownership taxes to increase housing transactions.

He has proposed raising the tax threshold for cryptocurrency investments from the current 2.5 million won to 50 million won.

Yoon has said he will abolish a planned new tax for people who earned 50 million won from stock investments, to be effective next year, and cut real estate holding taxes to increase housing transactions.

Yoon says current property regulations must be eased and guided by "market principles."

Yoon has vowed to create at least 2.5 million homes in the next five years, including 500,000 in the capital Seoul.

Yoon's team said he will seek to restart talks with North Korea, and purse a roadmap with significant and swift benefits for Pyongyang if it takes concrete actions to denuclearise.

He has called for boosting military deterrence, including by strengthening ties with the United States. He has also said that preventive strikes may be the only way to counter North Korea's new hypersonic missiles if they appear ready for an imminent attack.

Yoon says he would seek to establish a permanent three-way dialogue channel between South Korea, North Korea and the United States.

Yoon wants to buy an additional THAAD U.S. missile system to counter North Korea, despite risks that it could invite new economic retaliation from China, which has complained that the system's powerful radar can penetrate its territory.

Taking such a step could in fact provide a chance to "reset" testy diplomatic ties with China, Yoon's top foreign policy aide has said.

Yoon would ditch the current administration's "strategic ambiguity" between Washington and Beijing, while promoting more regular security dialogue to reassure the THAAD radar is not directed at China.

Yoon would want to expand alliance consultations over extended nuclear deterrence with the United States, bolster a trilateral partnership with Washington and Tokyo, and also join the "Quad" gathering of the United States, Australia, Japan and India.

Yoon has pledged to abolish the gender and family ministry, underscoring how gender politics have played an outsized roll in the conservatives’ resurgence, riding, in part, a backlash among young South Korean men against what they see as feminism run amok.