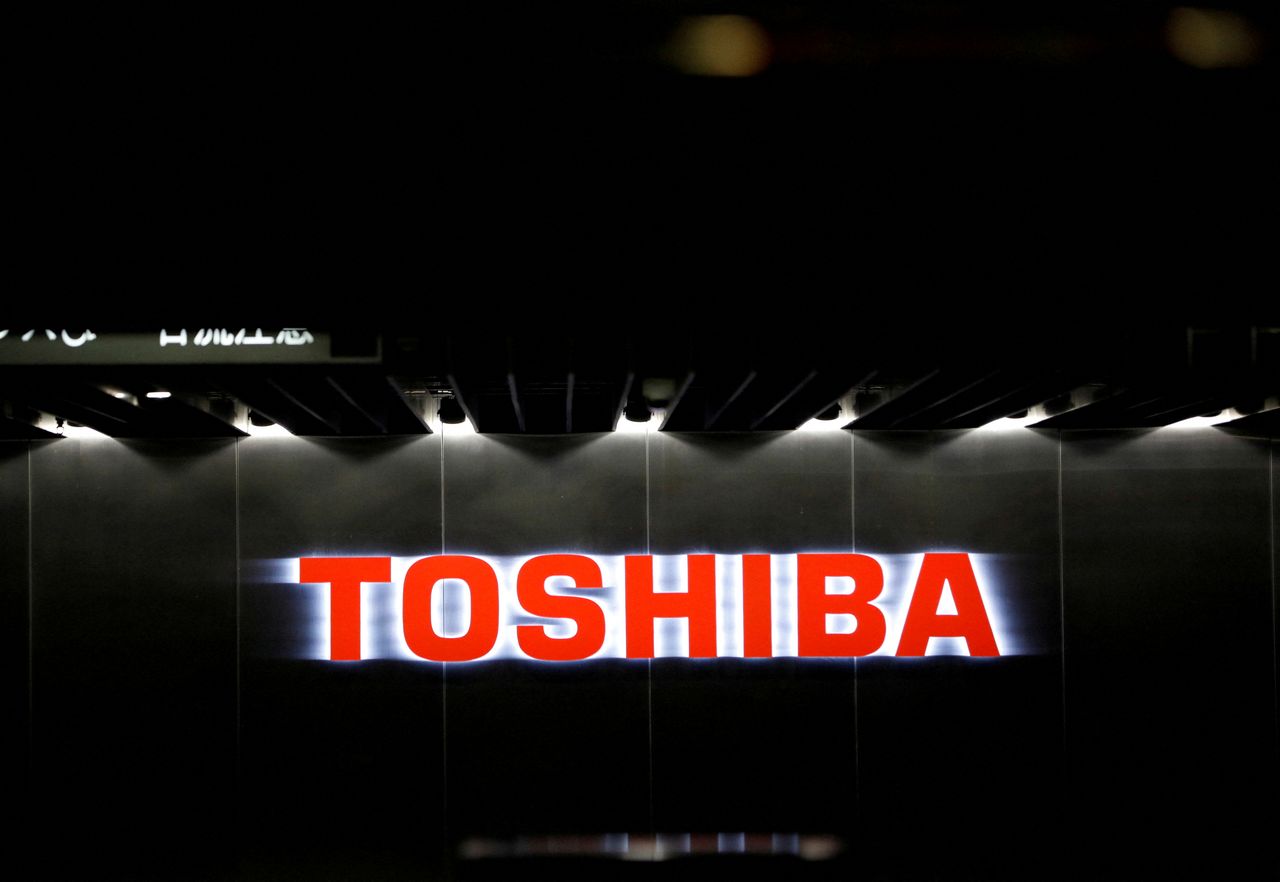 TOKYO (Reuters) - The top shareholder in Toshiba Corp and an influential proxy advisory firm added to a growing list of investors on Thursday who oppose the Japanese firm's plan to split up and dismantle the 146-year-old conglomerate.

It marks the latest in a long battle between the once-mighty tech company and a number of its foreign shareholders as it tries to revive itself following years of accounting scandals and governance issues.

Toshiba will hold an extraordinary shareholders' meeting on March 24 to put its plan to split in two, drawn up originally after a five-month strategic review, to a vote.

Effissimo Capital Management, which owns a stake of about 10% in Toshiba, said in a statement it has decided to vote against the plan, which has been criticised by some other hedge fund shareholders that favour a sale to a private equity firm.

The Singapore-based fund called on Toshiba to establish a trustworthy leadership team first, saying the current management and board are not capable of crafting "a strategic plan with such irreversible and profound consequences."

The plan, "may ultimately damage Toshiba's medium- to long-term corporate value," it said.

"Years of corporate governance turmoil...a split shareholder base, and an uninspiring management track record raise significant scepticism as to whether the current plan is superior to a privatisation proposal," ISS said.

The proposal to direct the board towards more explicitly considering a sale of the company "appears overly prescriptive and premature given the three months remaining until the company's annual shareholders meeting," it said.

Toshiba said in a statement that it would continue to make every effort to explain its proposal to shareholders to gain their support.

Toshiba earlier this month appointed an interim chief executive after shareholders voiced concerns that management had not appeared able to proceed with the company's restructuring plan in a timely manner.