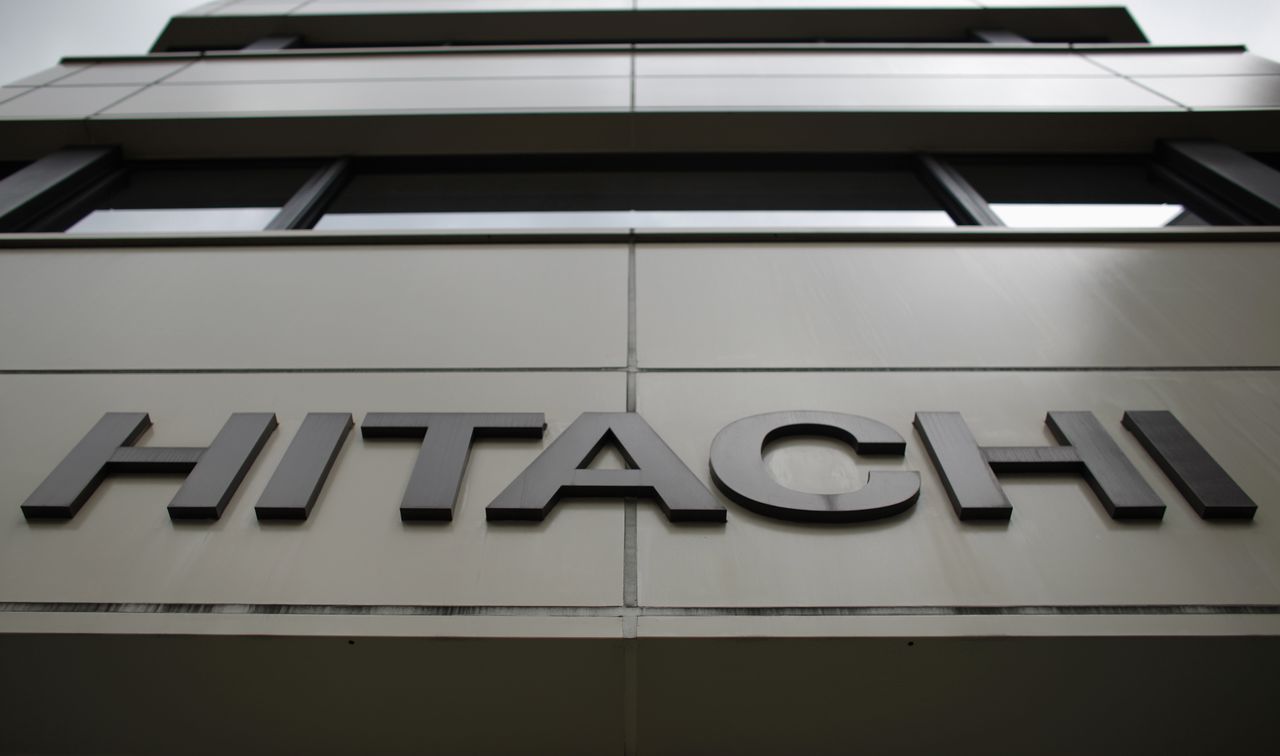 FILE PHOTO: A Hitachi logo is pictured on the side of a building in Tokyo October 27, 2012. Japan’s Hitachi Ltd posted a weaker-than-expected operating profit for the July-September quarter on Tuesday, down 15.4 percent on the year among declining sales in China and a sputtering recovery in Europe. REUTERS/Toru Hanai (JAPAN - Tags: BUSINESS LOGO)

TOKYO (Reuters) -Japan’s Hitachi said on Thursday it would suspend operations in Russia but stopped short of linking the decision to Ukrainian pressure, spotlighting the difficulty many firms find in striking a balance between business and reputational risk.

The Japanese conglomerate’s decision came two days after Ukrainian Vice Prime Minister Mykhailo Fedorov urged the suspension in a tweet, to which he attached an image of his letter to Hitachi CEO Toshiaki Higashihara.

Hitachi, which produces and sells construction machinery in Russia, said in a statement it would stop exports and cease most operations in the country except for vital electrical power facilities. It made no mention of any communication with the Ukrainian government.

“We took multiple factors including the supply chain situation into account when we came to the decision,” a spokesperson for Hitachi told Reuters.

The spokesperson did not confirm whether the company had received the letter from Fedorov, but acknowledged that Hitachi had been addressed by his account on Twitter.

“I urge (Hitachi) to stop supplying products and providing services in Russia when their tanks and missiles kill peaceful Ukrainians,” Fedorov’s tweet read.

The Ukrainian embassy in Japan could not be immediately reached for comment.

Japanese executives privately say they are worried about the reputational risk of not taking a political stance against Russia’s actions in Ukraine as many cite logistical reasons for suspending work in the country.