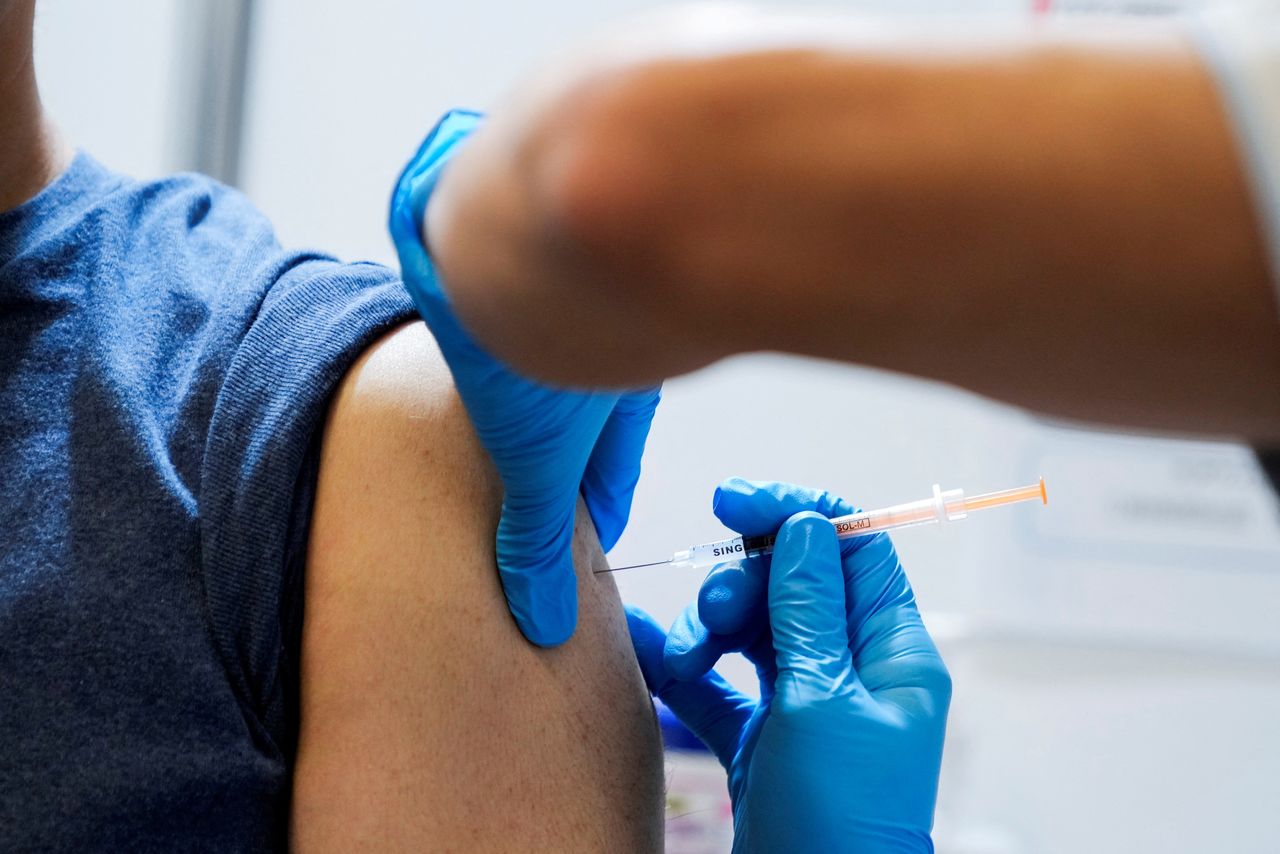 TOKYO (Reuters) - Japan is considering offering a fourth coronavirus vaccine shot later this year, a newspaper reported on Friday, while a government spokesman said a decision would be made based on the severity of the pandemic.

The Yomiuri daily said if a decision was made to give a fourth shot they would likely be vaccines supplied by Pfizer Inc and Moderna Inc, and they could be offered this summer.

Israel's health ministry said in January a fourth vaccine dose, or a second booster, for people over 60 made them three times more resistant to serious illness and twice as resistant to infection.

Japan's Chief Cabinet Secretary Hirokazu Matsuno, asked about the Yomiuri report, told reporters the government would have to consider the pandemic situation both at home and abroad.

February was Japan's deadliest month of the two-year pandemic as the Omicron variant swept through the country while many among the vulnerable elderly population had yet to receive a booster.

The booster campaign has finally gained steam, reaching 1 million shots on some days and covering about 28% of the population. Health experts warn that new variants could emerge, leading to another wave of infections.

In addition, the government contracted to buy 150 million doses of the Novavax Inc vaccine, which is now under regulatory review and would be made domestically by Takeda Pharmaceutical Co.

Japan's Shionogi & Co Ltd is also developing a vaccine candidate, releasing interim results this month showing it was comparable to Pfizer's shot in effectiveness as a booster.