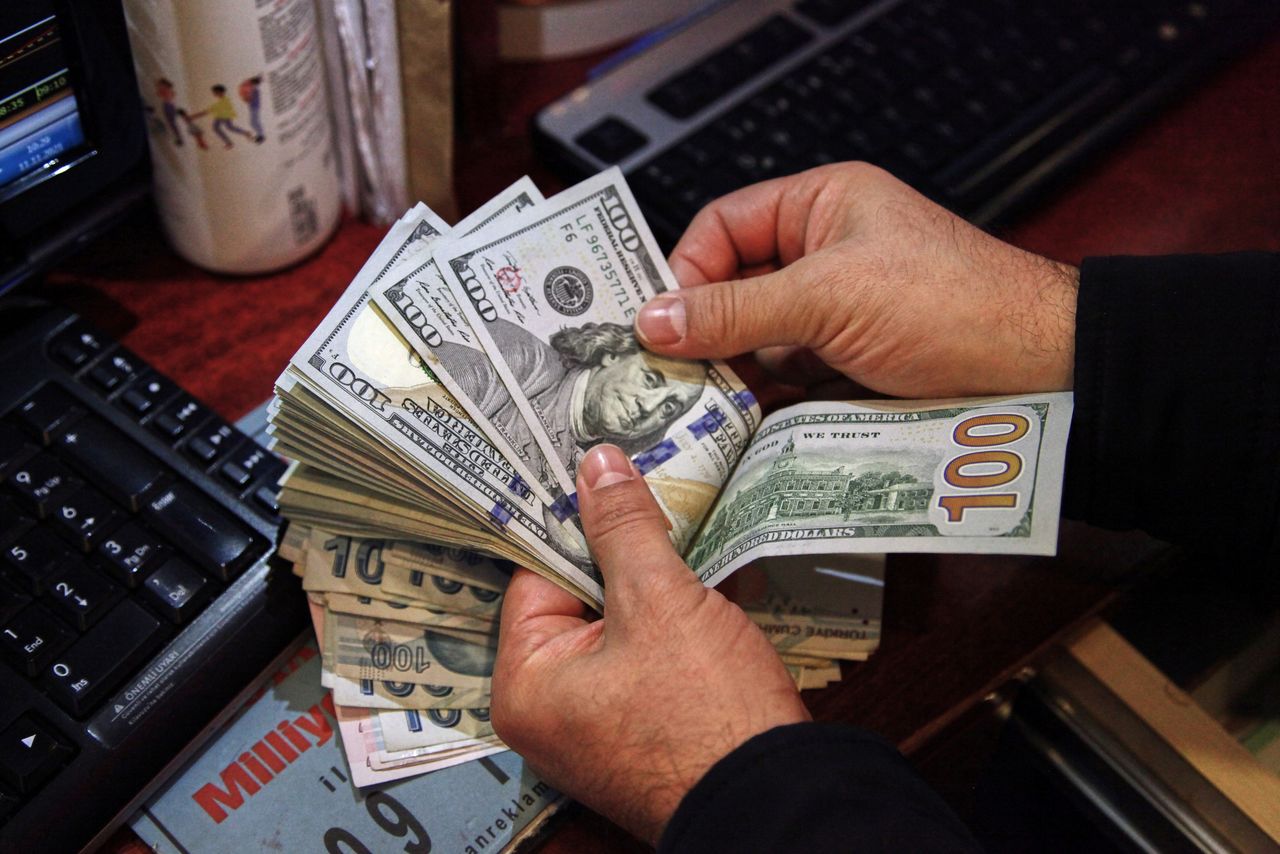 By John McCrank and Joice Alves

New York (Reuters) -The dollar rose on Friday, notching a five-year high against the safe-haven yen, while commodity-linked currencies slumped after Russian President Vladimir Putin said there had been some progress in talks between Moscow and Ukraine.

Putin said in a meeting with his Belarusian counterpart Alexander Lukashenko that there had been "certain positive shifts" in negotiations with Ukraine and that talks continued practically on a daily basis.

The dollar initially declined on the news, but then gradually firmed and was last up 0.76% against a basket of six global peers at 99.11. The index was on track for a 0.56% increase for the week, following last week's 2% rise, which was its largest weekly percentage gain since April 2020.

"When people are taking a look at which economies are poised to handle the widespread inflationary pressures, the U.S. economy is looking like it's going to be the outperformer and that's why you're seeing the dollar do well against the yen in these risk-averse times," said Ed Moya, senior analyst at Oanda.

The dollar has also been supported by expectations that the Federal Reserve will start raising interest rates at the end of its March 15-16 policy meeting, with inflation running hot.

While the U.S. central bank is all but certain to hike rates from the COVID-19 pandemic low, the Bank of Japan, which also holds a policy meeting next week, is set to remain an outlier.

The euro slid 0.69% against the dollar to $1.0912, erasing gains from the overnight session and putting it on track to end the week slightly lower for what would be its sixth-straight weekly loss. The single currency has fallen more than 2.5% against the U.S. dollar in March.

After hitting a nearly two-year low on Monday amid growing stagflation worries arising from the Ukraine war, the euro received some support from the European Central Bank's announcement that it will phase out its stimulus, opening the door to an interest rate hike before the end of 2022.

Commodity-linked currencies, including the Australian dollar and the New Zealand dollar, were lower versus the greenback, with the Aussie and the kiwi both down 0.8%.

"Currencies that had been gainers because of the commodity chaos ... are starting to come down a little bit based on this idea that if perhaps there is optimism and positivity towards talks and there is any chance that there is a cease-fire or peace, that of course would get global growth momentum going again," said Juan Perez, head of trading at Tempus Inc.

Bitcoin slid 1.64% to $38,798. It had surged this week after U.S. President Joe Biden signed an executive order on Wednesday requiring the government to assess the risks and benefits of creating a central bank digital dollar.