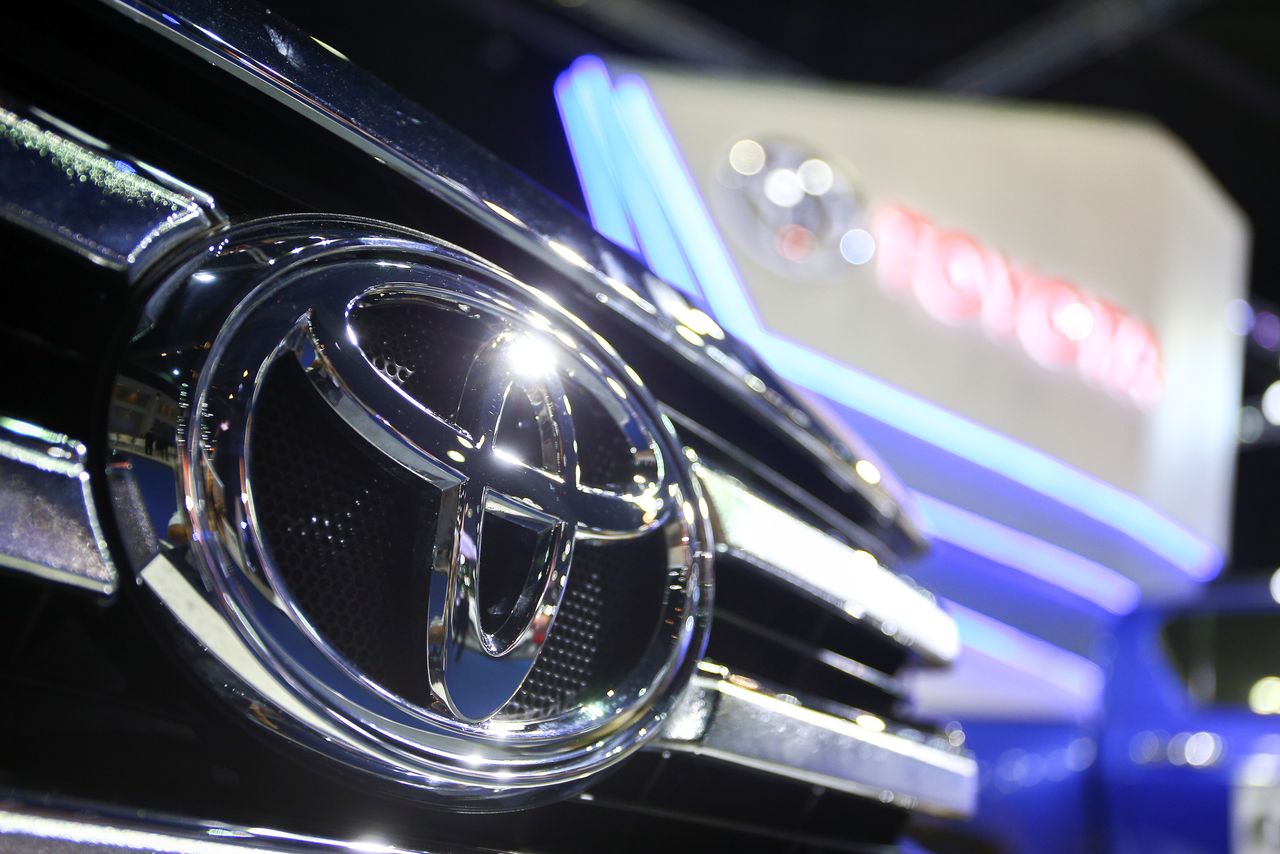 The logo of Toyota is pictured at the 38th Bangkok International Motor Show in Bangkok, Thailand March 28, 2017. REUTERS/Athit Perawongmetha/Files

TOKYO (Reuters) - Toyota Motor Corp will scale back domestic production by up to 20% during the months of April, May and June, it said on Friday, to ease the strain on suppliers struggling with shortages of chips and other parts.

The move by Japan's largest automaker is the latest to spotlight the supply-chain difficulties hobbling the global auto industry as the COVID-19 pandemic drags on. The outlook has been further complicated by the crisis in Ukraine.

Toyota plans to reduce domestic production by about 20% in April, about 10% in May and about 5% in June from an earlier production plan, a spokesperson said. Production would still remain high as the previous plan factored in the need to make up for lost output, the spokesperson said.

The automaker's suppliers have been forced to deal with a number of changes to production plans due to chip shortages, and the reduced output should take some of the burden off them, the spokesperson said, declining to comment on the number of cars involved or the financial impact.

Toyota President Akio Toyoda told union members this week that without a sound production plan, suppliers risked becoming "exhausted" and that April through June would be "an intentional cooling off" period.

U.S. electric vehicle maker Rivian Automotive Inc on Thursday said supply-chain issues could cut its planned production in half this year, to 25,000 vehicles.

Honda Motor Co Ltd has said it would cut production by about 10% in two domestic plants through the end of this month.

Separately, Toyota suspended domestic production for one day at the beginning of this month after a cyberattack on a supplier, a halt that prevented the production of about 13,000 vehicles that day.

Toyota is planning to produce a record 11 million cars in fiscal 2022 as long as it can ensure a stable supply of chips.

Its shares slid down 4.4% on Friday, underperforming a 2.1% decline in Tokyo's benchmark Nikkei 225 average.