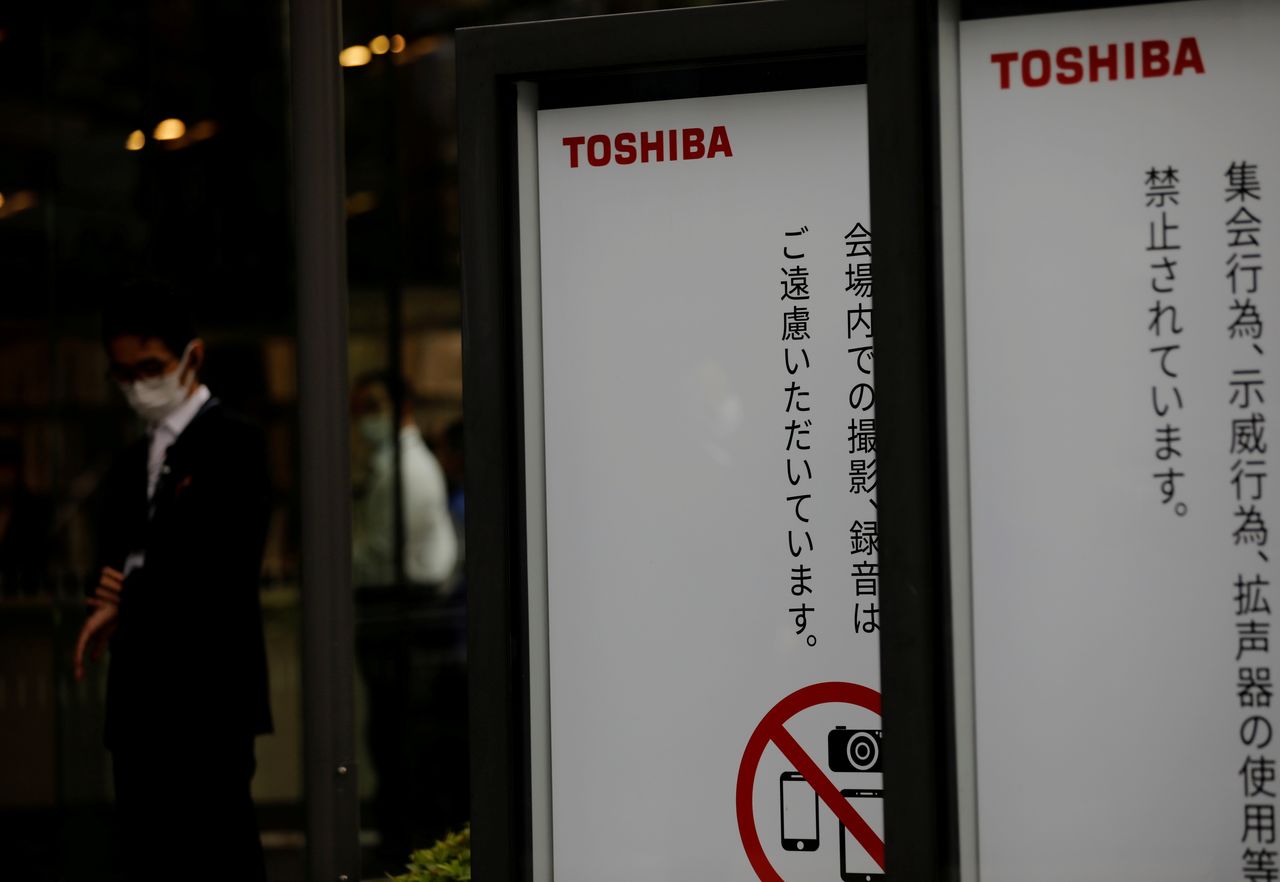 A staff stands in front of a venue of Toshiba Corp's annual general meeting with its shareholders in Tokyo, Japan, June 25, 2021. REUTERS/Kim Kyung-Hoon/Files

TOKYO (Reuters) - One of Toshiba Corp's largest shareholders on Friday called on it to solicit buy-out offers, joining a chorus of investors who have opposed the Japanese conglomerate's plan to break itself up.

U.S. hedge fund Farallon Capital Management, Toshiba's third-largest shareholder with a stake of more than 6%, said in a statement it planned to oppose the management-backed break-up, calling it a premature step as a privatisation was never adequately explored.

"Farallon believes the privatisation solution is both the most value maximizing alternative and the only solution for Toshiba to fix its governance, capital allocation issues, and the deep mistrust with its shareholders," it said.

Toshiba's top shareholder and two influential proxy advisory firms on Thursday said they opposed the company's plan to split up, pointing out that it needed to rebuild trust with shareholders before pressing ahead with the plan.

Toshiba will hold an extraordinary shareholders' meeting on March 24 to put to a vote its plan to split in two, drawn up originally after a five-month strategic review.