(Reuters) - Asia passed the grim milestone of 1 million coronavirus-linked deaths on Friday, a Reuters tally showed, as a spike in Omicron variant infections spreads across the region after starting in nations such as Japan and South Korea.

The death toll in Asia, home to more than half the world's population, reached 1,000,045, contributing 16% of global deaths related to COVID-19, the tally showed.

New cases remain at record or near-record levels in Malaysia, Singapore, South Korea, Thailand and Vietnam, but have fallen sharply from their peaks in India, Indonesia and the Philippines.

Even mainland China, which has adopted a "dynamic zero" strategy of strict measures to curb infections, has been severely tested by fast-spreading Omicron.

Deaths have soared to records in the East Asian countries of Japan and South Korea and the financial hub of Hong Kong.

COVID-19 deaths in Hong Kong have risen to an average of more than 200 a day in the last week, up from one or two earlier, as the outbreak tears through hundreds of nursing homes, hitting many of the city's unvaccinated elderly.

South Korea's daily average is 186 deaths, three times the level of its 2021 surge.

Bucking the trend, the world's second-most populous nation of India, which accounts for almost 52% of Asia's total COVID-19 deaths, reported a sharp fall in both infections and deaths over the past month.

India reported fewer than 5,000 cases and 200 deaths a day during the last four days versus its peak this year in January of more than 300,000 cases and 1,000 deaths each day, official figures show.

China, Singapore and South Korea have vaccinated more than 85% of their populations with two doses, but less than 40% of the population in Myanmar, Uzbekistan and Kyrgyzstan is fully vaccinated, a Reuters analysis of Our World in Data showed.

In the wider Asian region, roughly 65% of the population have received two vaccine doses.

Hong Kong, weighing mass testing for its 7.4 million people, has ordered its toughest curbs with bans on public gatherings of more than two people, the closure of most venues, and a halt to flights from nations such as Britain and the United States.

In China, new infections have been steadily rising.

The mainland reported on Friday more than 1,000 new local infections, the highest daily count since Beijing contained its first national outbreak in early 2020, driven by a jump in asymptomatic infections. It has not reported a single death since January last year.

It is still too early for the world's most populous country to consider easing its stringent curbs, as Omicron is still capable of causing many deaths, said Liang Wannian, head of an expert group on COVID-19 prevention. 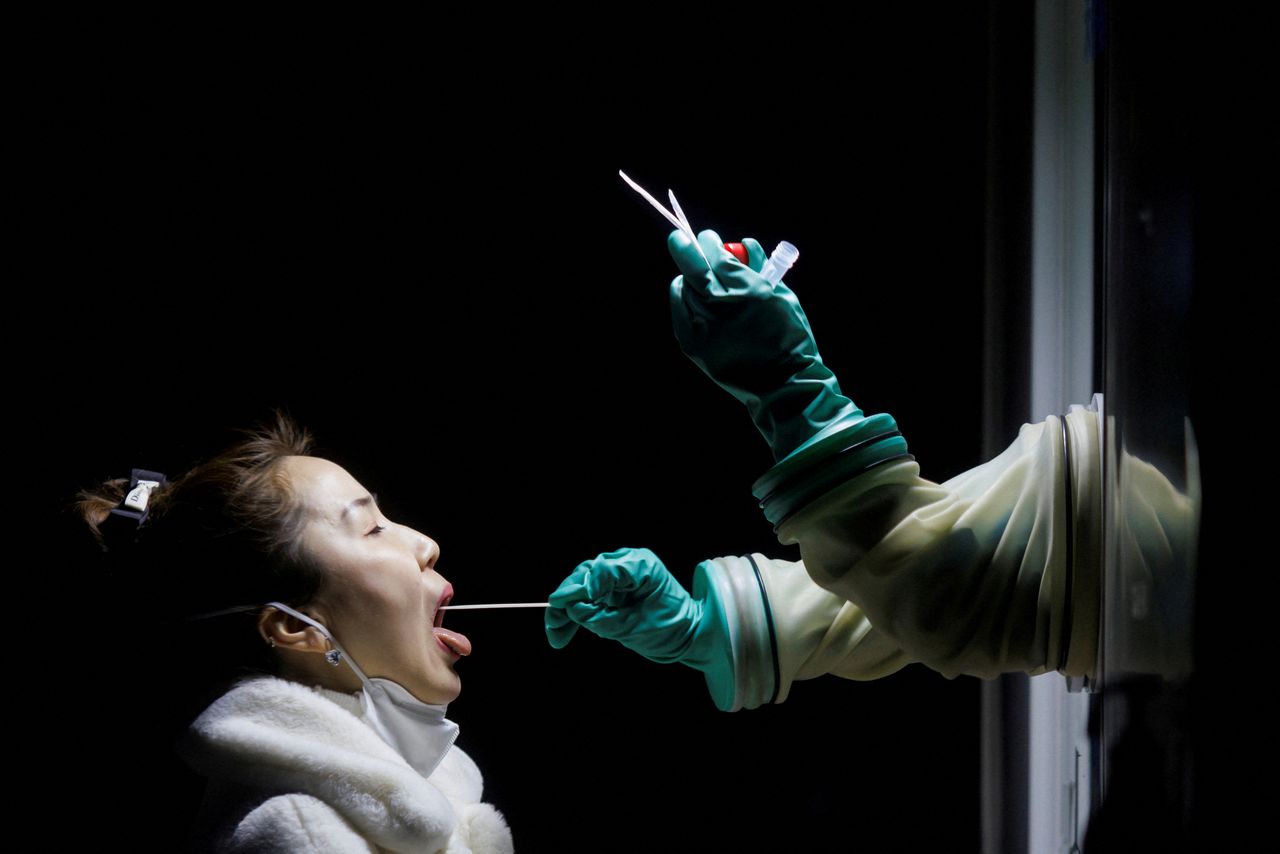 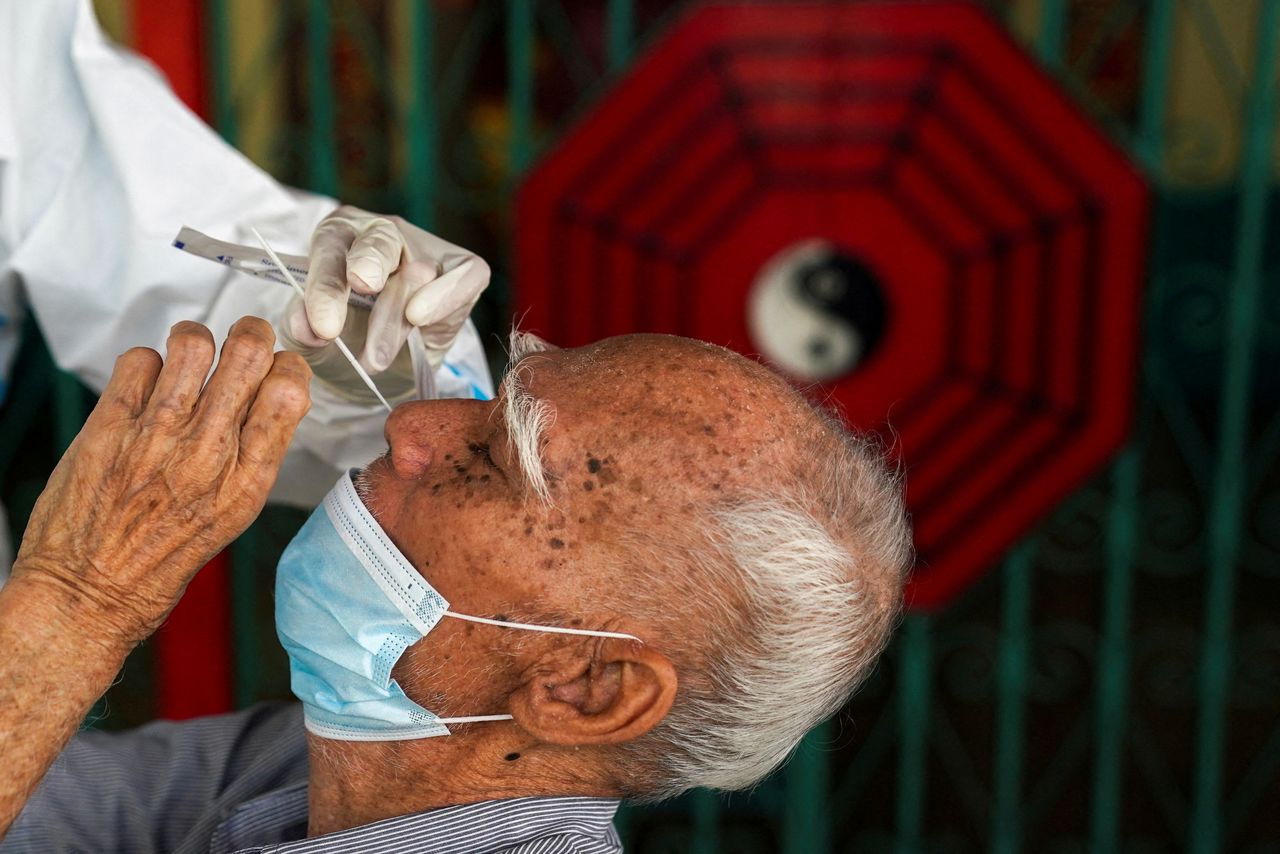 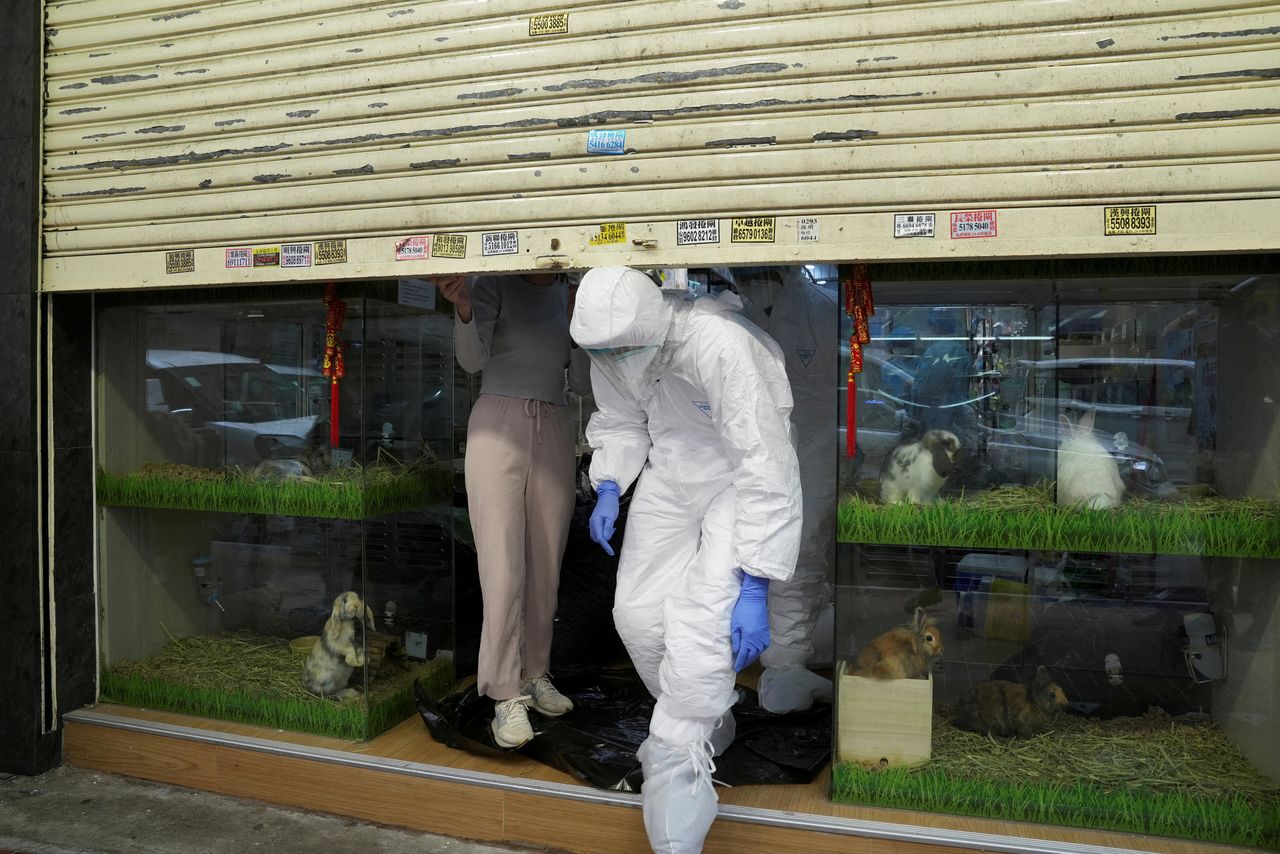 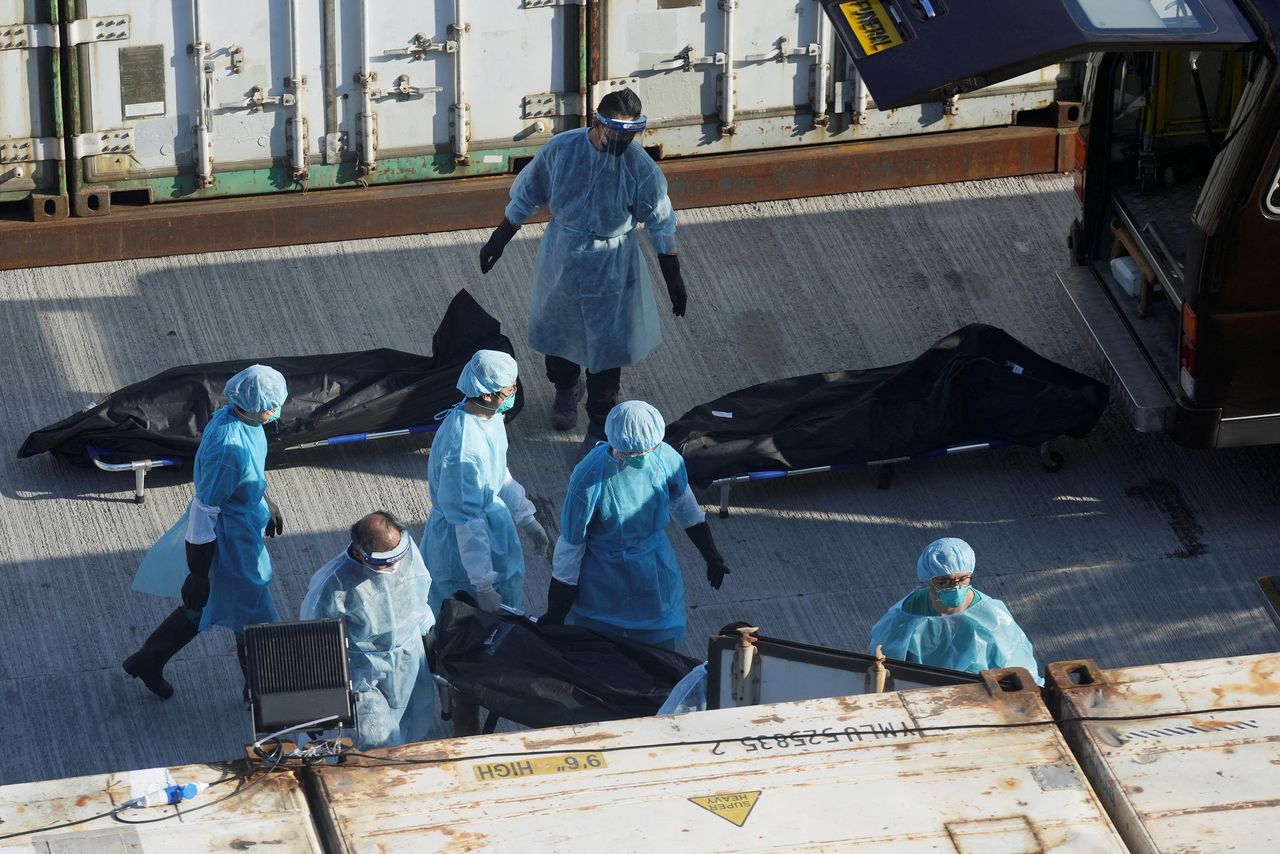 FILE PHOTO: Workers in protective suits move a body to a refrigerated container outside a funeral home, as mortuaries run out of space amid the coronavirus disease (COVID-19) pandemic, in Hong Kong, China, March 10, 2022. REUTERS/Lam Yik 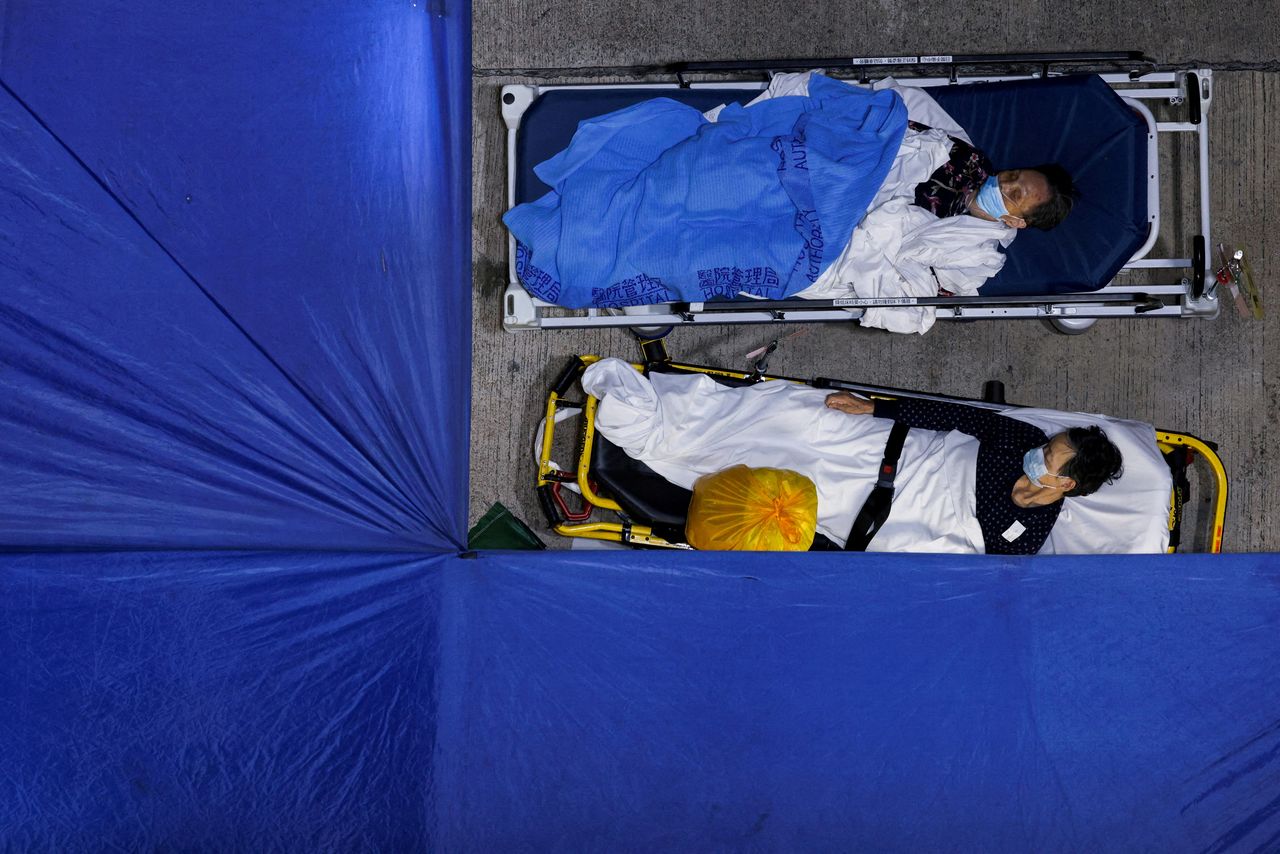