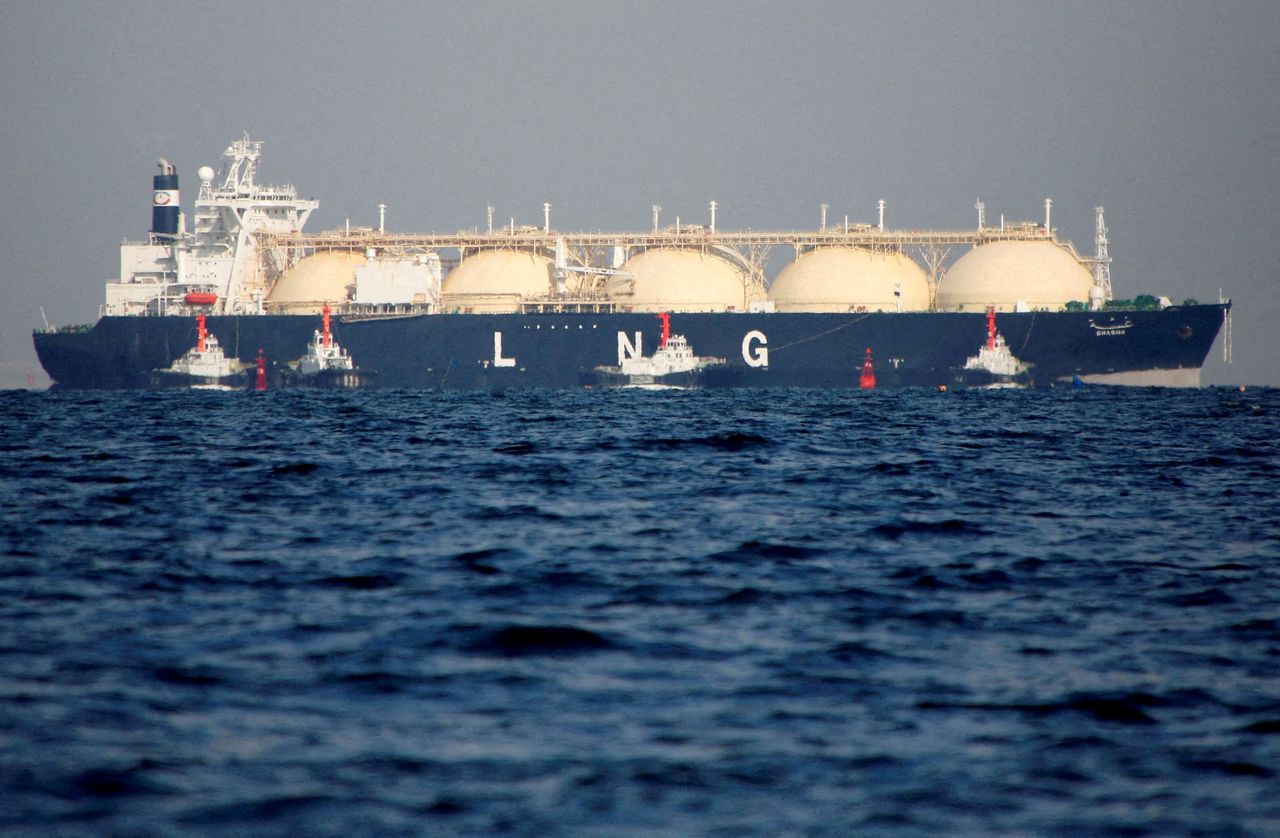 However, market players remain concerned over the risk of Russian supply disruption amid a tense geopolitical situation following Moscow's invasion of Ukraine, which remains a bullish factor that could send prices higher.

The average LNG price for April delivery into north-east Asia was estimated at $38.00 per metric million British thermal units (mmBtu), down $2.50, or 6.2% from the previous week, industry sources said.

"It's all still very politically driven with regards to the Eastern situation and THE risk of (Russian gas) cut-off remains. In the meantime, supplies from Russia are healthy, LNG (flow to Europe) is increasing and the outlook on fundamentals is bearish," a European trader said.

Another factor which would support a price rise would be Europe's attempts to fill its gas storage during the summer gas season which runs from April through October.

"Europe’s attempt to fill out 90% of its gas storage by October is likely to be a challenging endeavor as that would likely slow LNG demand growth in Asia, suggesting elevated prices for months on end," said Kaushal Ramesh, senior LNG analyst at Rystad Energy.

Price agency S&P Global Commodity Insights' Japan-Korea-Marker (JKM), which is widely used as a spot benchmark in the region, jumped to a record $84.762/mmBtu on Monday on as buyers scour global markets for LNG cargoes to replace Russian gas and LNG, but declined later into the week.

The European commission earlier this week revealed a plan to wean its economies off Russian gas, focusing on replacing Russian gas with alternative supplies of 60 billion cubic metres (bcm), most of which would come from LNG imports.

"The plans strongly lean on the rise of LNG imports, however there won't be enough LNG available to fill the gap even in the very unlikely scenario that all available LNG were to be shipped towards Europe," said Hans van Cleef, senior energy economist at ABN Amro.

While inventories are running low in Japan and South Korea and would encourage restocking demand, buyers remain reluctant to engage in the spot market and prefer to wait until prices are at more reasonable levels.

Atlantic basin charter rates surged to $42,000/day on Friday on the back of increased demand to secure tonnage, according to Henry Bennett at Spark Commodities.