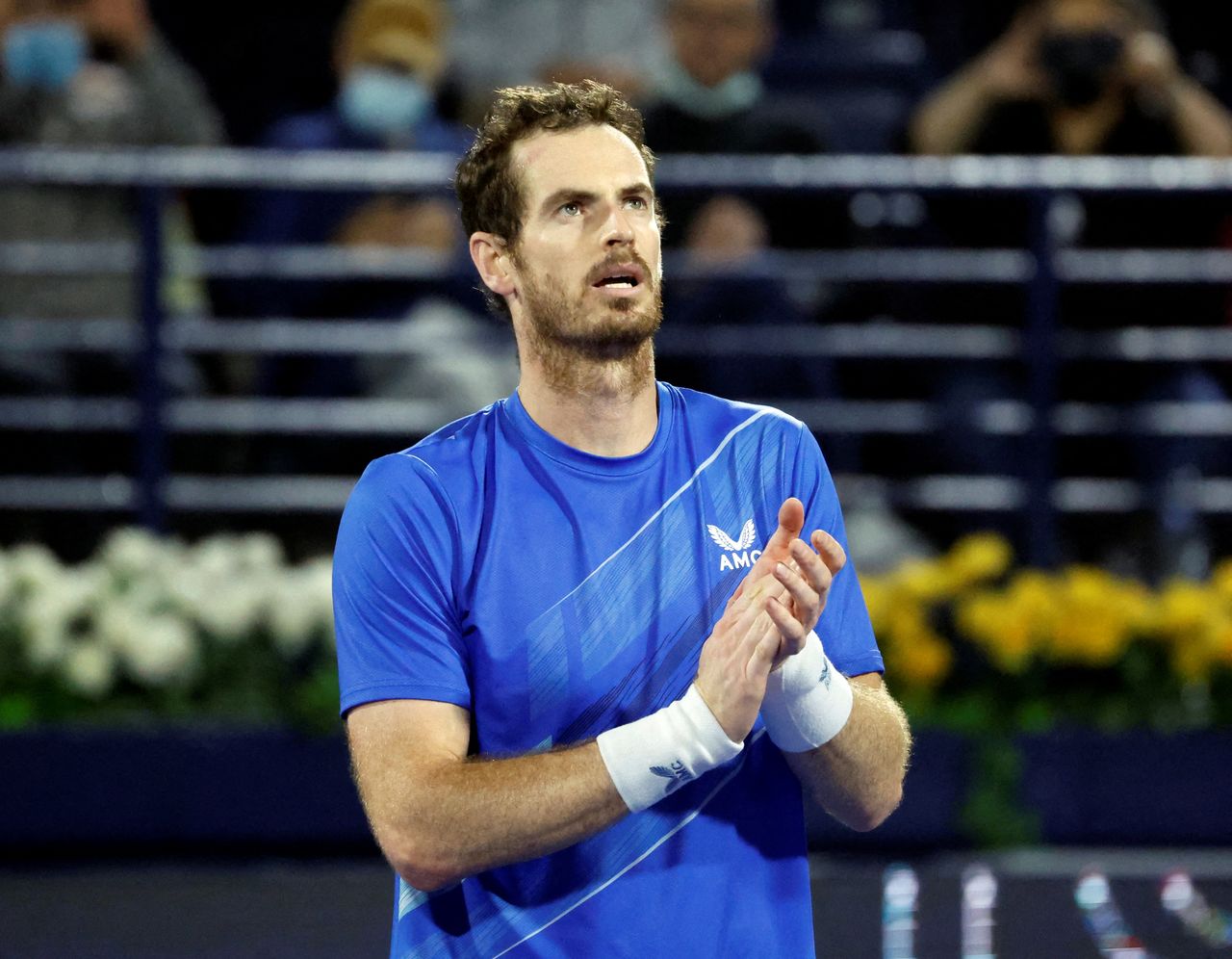 INDIAN WELLS, Calif. (Reuters) -Andy Murray overcame a slow start and a third set service break to beat Taro Daniel 1-6 6-2 6-4 in the first round of Indian Wells on Friday and notch his 700th career win.

With the victory, the Briton became the 18th player of the Open era to achieve the feat on the ATP Tour.

"This was a target that I set for myself on the back end of last year," Murray said in an on-court interview.

"It's a lot of wins obviously, and I'm very happy to get it here.

It appeared Murray would have to wait to reach the milestone after Daniel came out sharp, attacking Murray's serve and cruising through the first set on a sunny day in the Southern California desert.

Murray, who is three years removed from major hip surgery, did not move well early on but sprang to life in the second, breaking Daniel at love when the Japanese player sent a forehand wide on set point to level the match at a set apiece.

Daniel won eight straight points to open the third and take a 2-0 lead with help from some sloppy play by the three-time Grand Slam champion.

But Murray would not give in, pumping his fist when he broke back with a forehand winner for 3-3 to the delight of sun-soaked crowd at Stadium One.

Nerves appeared to get to Daniel in the final game as he committed three straight unforced errors to give Murray three match points, and the 34-year-old converted his third opportunity to seal the win.

"I got off to a bit of a slow start," Murray said.

"But Taro played extremely well. I lost to him in Australia so I was expecting a tough match," Murray said of Daniel, who beat the Briton in straight sets in Melbourne in January.

Tournament wild card Murray will look to notch his 701th win when he faces Alexander Bublik in the second round of the Masters 1000 tournament on Saturday.