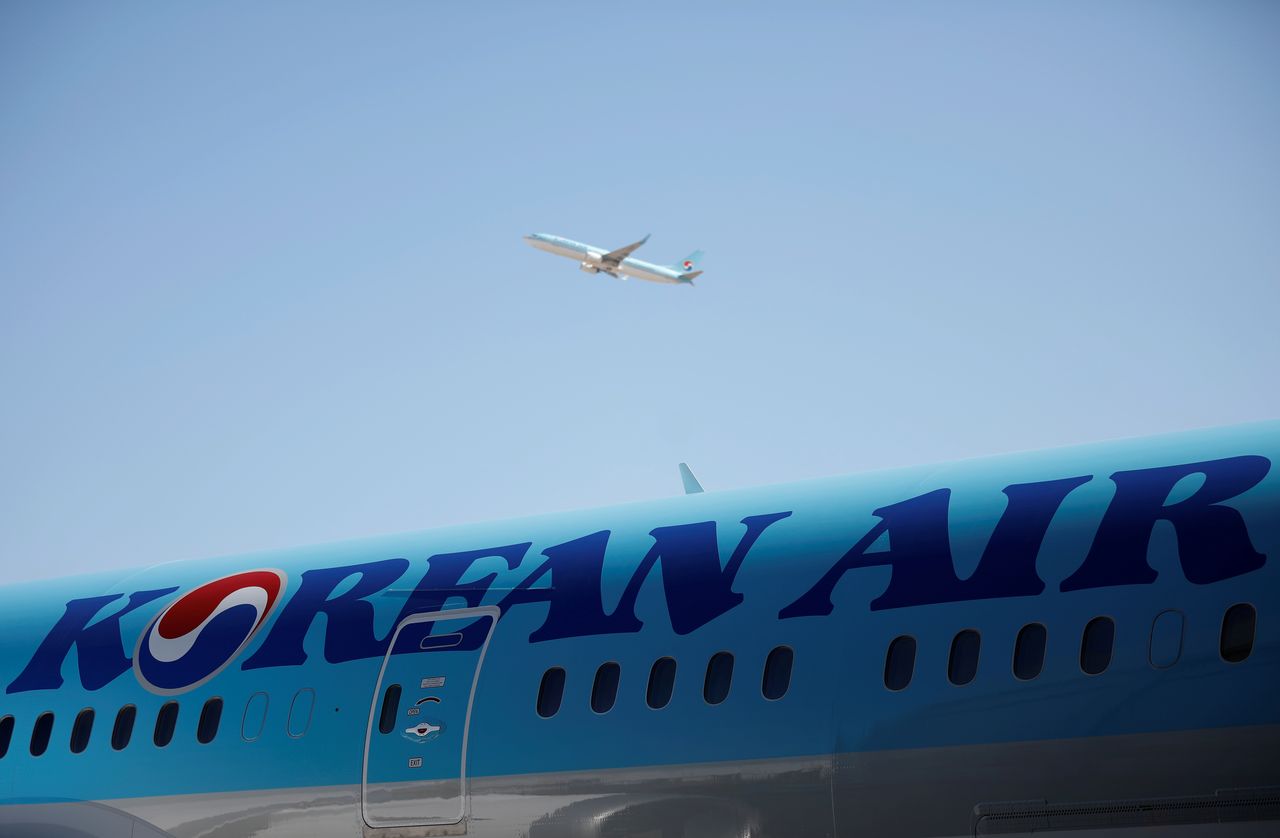 FILE PHOTO: The logo of Korean Airlines is seen on a B787-9 plane at its aviation shed in Incheon, South Korea, February 27, 2017. REUTERS/Kim Hong-Ji

The airline said it will also temporarily suspend all of its passenger and cargo services to and from Moscow and Vladivostok until the end of April.

Suspended flights include flights between Incheon and Moscow, Incheon and Vladivostok, and flights with Moscow stopovers, Korean Air said in a statement.

Flights on European routes such as Seoul-London will be rerouted via other countries such as China, Kazakhstan and Turkey, which will add up to 2 hours and 45 minutes per one-way trip, while flights departing from North American airports such as New York-Seoul will be rerouted via Alaska and the Pacific Ocean, which will add up to 1 hour and 40 minutes flight time per one-way trip, it said.

South Korea's budget carrier Air Busan Co Ltd, which operates passenger flights to Vladivostok twice a month, said it is reviewing whether to continue with that route.

Other airlines like Japan's ANA have already changed its routes over Europe following Russia's invasion of Ukraine.