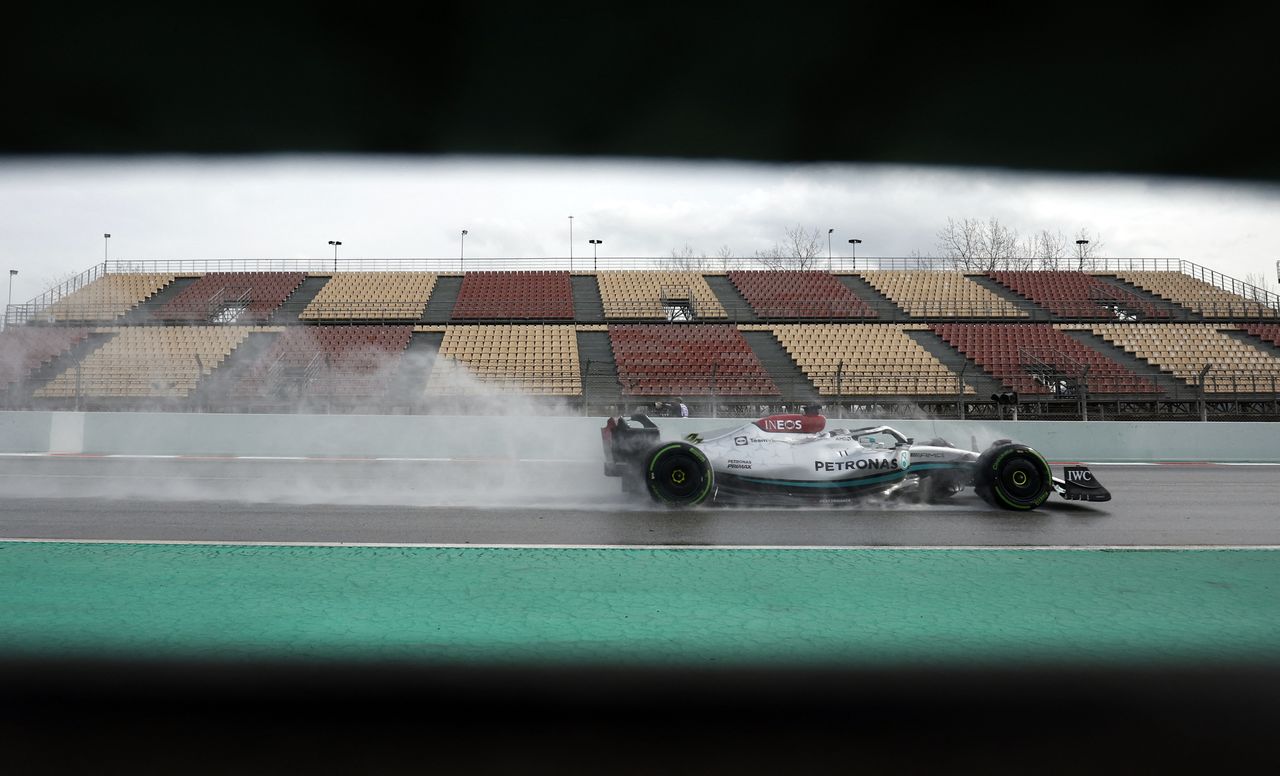 The following, in 2021 championship order, looks at how the teams are shaping up (drivers given with racing numbers).

Mercedes are chasing a record-extending ninth successive constructors' title, with Hamilton seeking to push his many records (103 wins and poles) into new territory after missing his eighth crown in a controversial end to 2021. Russell joins from Williams in place of Valtteri Bottas in an all-British lineup and hoping for a first F1 win. The W13 car has had problems with downforce on the straights but history has taught rivals to be wary of Mercedes claiming to be off the pace.

Prediction: Third at the moment but cannot be ruled out.

The number one replaces 33 on Verstappen's car as the Dutch youngster starts as world champion for the first time. Red Bull set the pace in testing and looked pretty pleased with their car's trouble-free performance. Perez, hoping for a contract extension beyond 2022, is now well settled in and has an important team role to play.

Ferrari have not won a race since Singapore in 2019 or a title since 2008 but long-suffering fans have plenty to be excited about, with the car looking well-balanced and quick in testing and rivals pointing to them as the team to beat. Sainz is no longer a newcomer at Maranello and the partnership with Leclerc is working well.

Another settled line-up, with the experienced Ricciardo hoping for a much better season after a difficult first year at Woking despite leading a one-two at Monza. That was McLaren's first victory since 2012 and Norris will be hoping to add his name to the list of winners this year. The Mercedes-powered car is quick but was troubled by brake problems in testing while Ricciardo was sidelined by COVID-19.

Under new leadership, with principal Otmar Szafnauer moving from Aston Martin. Testing was mixed, troubled in Barcelona but with the car looking much more solid by the end in Bahrain. Double world champion Alonso, 40, is as committed as ever in a season likely to determine his future in F1 with highly-rated Australian reserve Oscar Piastri waiting in the wings.

Prediction: in danger of slipping back.

Honda have officially departed although the engine remains the same. Gasly, a race winner, is still the leader while Tsunoda should be more consistent after his rookie year. The car looked strong in testing.

Luxembourger Mike Krack has taken over from Szafnauer as team principal at a Mercedes-powered team going through big changes, with a new factory being built and staff expansion. Seventh was a disappointment last year and a return to the top four is the target.

The former champions pulled themselves off the bottom last year but the Mercedes-powered team remain something of an unknown quantity. Red Bull-backed Albon returns to the grid after a year racing in the German DTM series and with plenty of hunger. Latifi is now in his third season.

Prediction: In danger of slipping back.

Bottas, replacing retired compatriot Kimi Raikkonen, has a leadership role to play as he starts his post-Mercedes career alongside the only rookie driver on the grid, and first Chinese to start in F1. That will guarantee plenty of interest but points will still be hard to get, with reliability a concern even if the Ferrari-powered car appears fast.

Prediction: Ahead of Williams.

The only team not to score in 2021, Haas have made headlines already with the Russian invasion of Ukraine leading to a split from title sponsor Uralkali and Russian driver Nikita Mazepin. The return of Magnussen should raise morale as well as providing a benchmark for Schumacher in the German's second season. The Ferrari-engined car looks a lot better than last year's.

Prediction: Points, back in the midfield.