Suspected N.Korea missile 'explodes in mid-air' after launch near Pyongyang 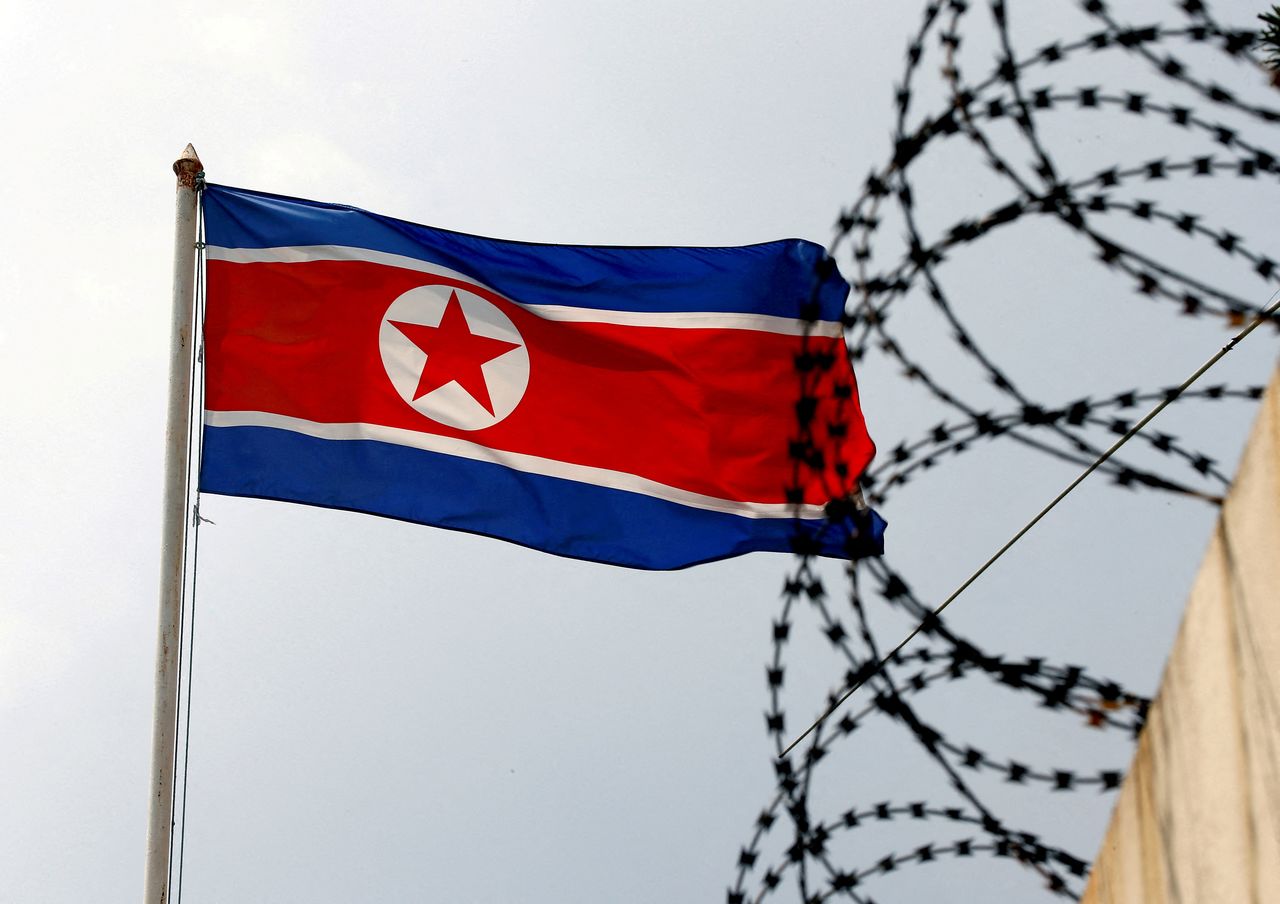 SEOUL (Reuters) -North Korea launched a suspected missile that appeared to explode shortly after liftoff in the skies over Pyongyang on Wednesday, South Korea's military said, amid reports that the nuclear-armed North was seeking to test-fire its largest missile yet.

The United States and South Korea have warned that North Korea may be preparing to launch an intercontinental ballistic missile (ICBM) at full range for the first time since 2017, in violation of United Nations Security Council (UNSC) resolutions.

The projectile was fired from the international airport in Sunan, outside the North Korean capital of Pyongyang, South Korea's Joint Chiefs of Staff (JCS) said in a statement.

"It is presumed that it failed immediately after launch," the statement said. It was presumed to be a ballistic missile and seemed to explode in mid-air while still in its booster phase, at an altitude below 20 kilometres (12 miles), a JCS official told Reuters.

A U.S. Department of State spokesperson said it was a "ballistic missile launch" and condemned it as a violation of United Nations Security Council resolutions, but declined to comment when asked about the reported failure.

Debris fell in or near Pyongyang after the failed test, Seoul-based NK News reported, citing unnamed witnesses and a photograph of the test showing a red-tinted ball of smoke at the end of a zig-zagging plume that traced the rocket's launch trajectory in the sky above the city.

The failed launch underscored the danger behind North Korea's decision to use an airport so close to heavily populated civilian areas as a site for test firing large missiles, analysts said.

In 2017, an intermediate-range ballistic missile launched from another location in North Korea failed shortly after liftoff and crashed into an industrial or agriculture complex in the city of Tokchon.

The Sunan airport has been the site of several recent launches, including on Feb. 27 and March 5. North Korea said those tests were for developing components of a reconnaissance satellite and did not identify what rocket it used, but Seoul and Washington said they were tests of a new ICBM system.

Reclusive North Korea has fired missiles at an unprecedented frequency this year, conducting its ninth weapons test on March 5, drawing condemnation from the United States, South Korea and Japan.

"Our combined military forces provide a credible military deterrence to any adversary or threat who oppose us," LaCamera said, according to a statement released by USFK.

North Korea's newest and largest ICBM system, the Hwasong-17, was first unveiled at a military parade in 2020 and reappeared at a defence exhibition in October 2021.

The Feb. 27 and March 5 launches did not demonstrate the missile's full range, and analysts said the North might have used only one stage of the missile or adjusted its fuel volume to fly at lower altitudes.

North Korea has not tested an ICBM or nuclear bomb since 2017, but has said that it could resume such testing because denuclearisation talks with the United States are stalled.

The government also appears to be restoring some tunnels at its shuttered nuclear test site, U.S. and South Korean officials said last week.

Last week, the United States and 10 other countries bemoaned the failure of the U.N. Security Council to condemn North Korea's repeated missile launches.

Russia and China, which backed U.N. sanctions after North Korea's last ICBM and nuclear tests in 2017, have since argued that sanctions should be eased to encourage dialogue.